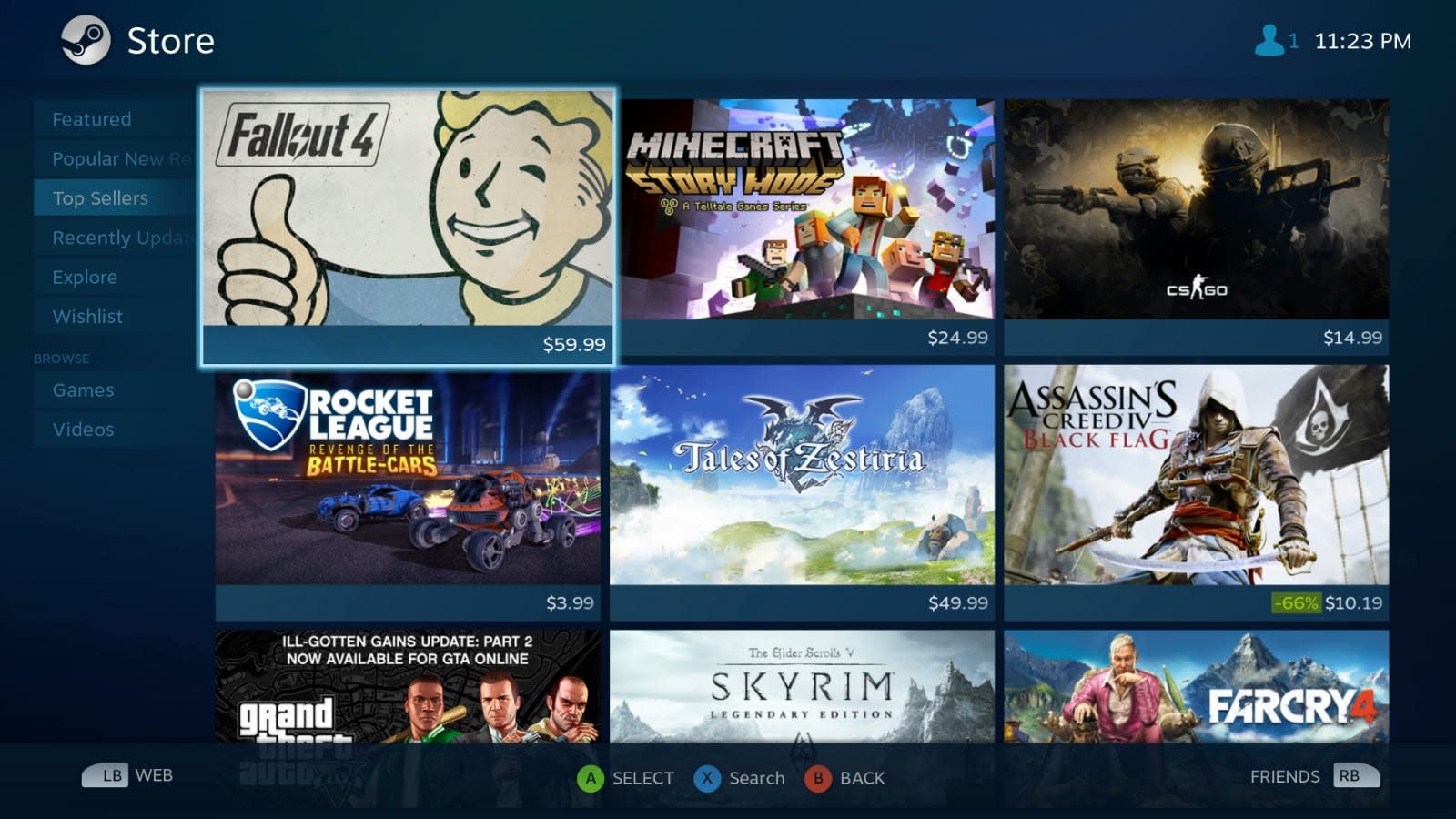 Valve is ditching its oft-maligned Steam Greenlight system for something more straightforward. For the uninitiated, Greenlight is a community-focused program that uses a voting system to determine which games are published on Steam. Developers post information, video and screenshots for their games. If they get enough community support, the games are "greenlit."

This spring, Greenlight will be replaced with Steam Direct, a program where any developer can publish their games on Steam -- after they pay a submission fee. With Direct, all devs need to do is fill out some paperwork and hand over an as-yet-to-be-determined amount of cash. After talking to several developers and studios, Valve is considering anywhere between $100 and $5,000 per submission.

"On the fee, we want to hear from the community," Doug Lombardi, vice president of Marketing at Valve, told Engadget via email. "That's why we are putting out the broad range. One point that isn't underscored here is that the fee -- no matter what it ends up being -- is fully recoupable, meaning Valve pays the dev back out of it's share of revenue earned from the title."

The company said it will also do a basic check to ensure the games are actually games, and that they run properly. But that's it. Valve plans to step back from the curation process entirely and let the customers decide what succeeds and fails in its digital storefront. "When we consider any new features or changes for Steam, our primary goal is to make customers happy," Valve said today in a blog post. "We measure that happiness by how well we are able to connect customers with great content. We've come to realize that in order to serve this goal we needed to move away from a small group of people here at Valve trying to predict which games would appeal to vastly different groups of customers."

Valve admitted Greenlight is a flawed system, but said it also exposed two key problems the company still needs to address: its pipeline for bringing new content to Steam needs streamlining and customers need better ways to find that content. Discoverability has been a long-time problem on Steam. The German independent studio Fairytale Distillery told Engadget in 2014 that the Greenlight system was "a big black box for most developers."

"I know of games who have been in the top 100 for a long time and who haven't been Greenlit," said Fairytale Distillery co-founder Alexander Zacherl at the time. "I have seen games being Greenlit at something around '35 percent of the way to the top 100.' Nobody knows how many votes you need to make the cut or how good your yes/no ratio needs to be."

Valve has implemented programs, such as Discovery and Steam Curators, to combat this problem, but Lombardi conceded there's room for improvement. "On connecting customers with content they want, we are always looking for ways to make this better," he said. "The Discovery updates have helped, and we know there is more work to do on that."

In this article: direct, gaming, greenlight, personal computing, personalcomputing, steam, valve
All products recommended by Engadget are selected by our editorial team, independent of our parent company. Some of our stories include affiliate links. If you buy something through one of these links, we may earn an affiliate commission.