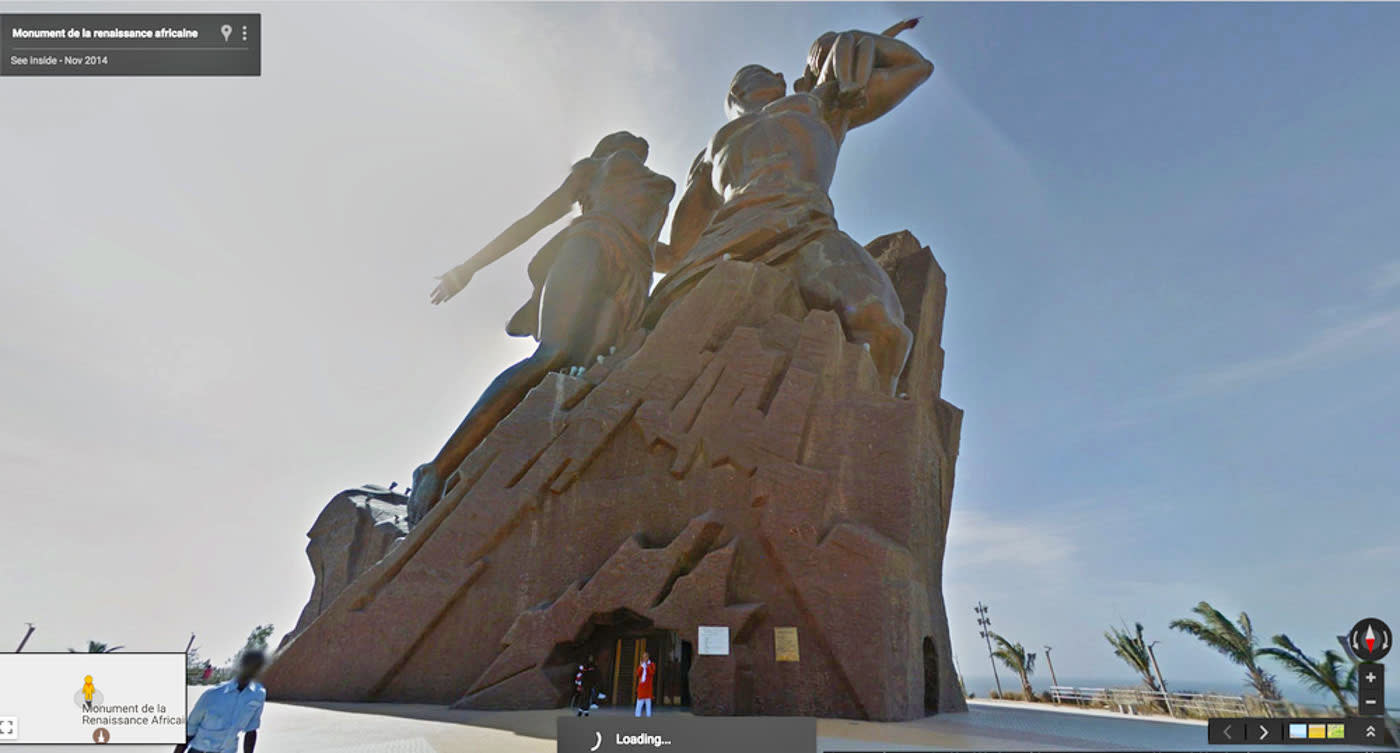 It's not all jungles, mud houses and wild animals in Africa: the continent has cities, art centers, monuments and other landmarks, just like everywhere else in the world. To bust myths going around about African countries and to give more people a chance to get to know what they truly look like, Google has tweaked Street View to add iconic landmarks and monuments in Ghana, Senegal and Uganda.

One of them is a UNESCO World Heritage village built on top of water, while another is the snazzy-looking National Theatre of Ghana. You can also visit Senegal's 49-meter/161-foot bronze statue called the African Renaissance monument unveiled in the presence of 19 African heads of state back in 2010. There's also Lake Retba in Senegal that's known for its pink waters.

If you're a nature person through and through, you can visit all seven national parks Google and the Uganda Wildlife Authority captured on film, as well. The big G used its famous Street View trekker to film the sights and the wildlife. Dirk Friedrich, Google Street View's program manager, wrote in the announcement post:

"We're excited that what began with a few South African cities in 2009, has now expanded to many other cities in seven countries across the continent. From Cape Town to Botswana, Kenya, Tanzania and now Ghana, Uganda and Senegal, we're glad that more people from around the world can get a glimpse of this beautiful continent."

In this article: africa, entertainment, google, iconiclandmarks, internet, streetview
All products recommended by Engadget are selected by our editorial team, independent of our parent company. Some of our stories include affiliate links. If you buy something through one of these links, we may earn an affiliate commission.