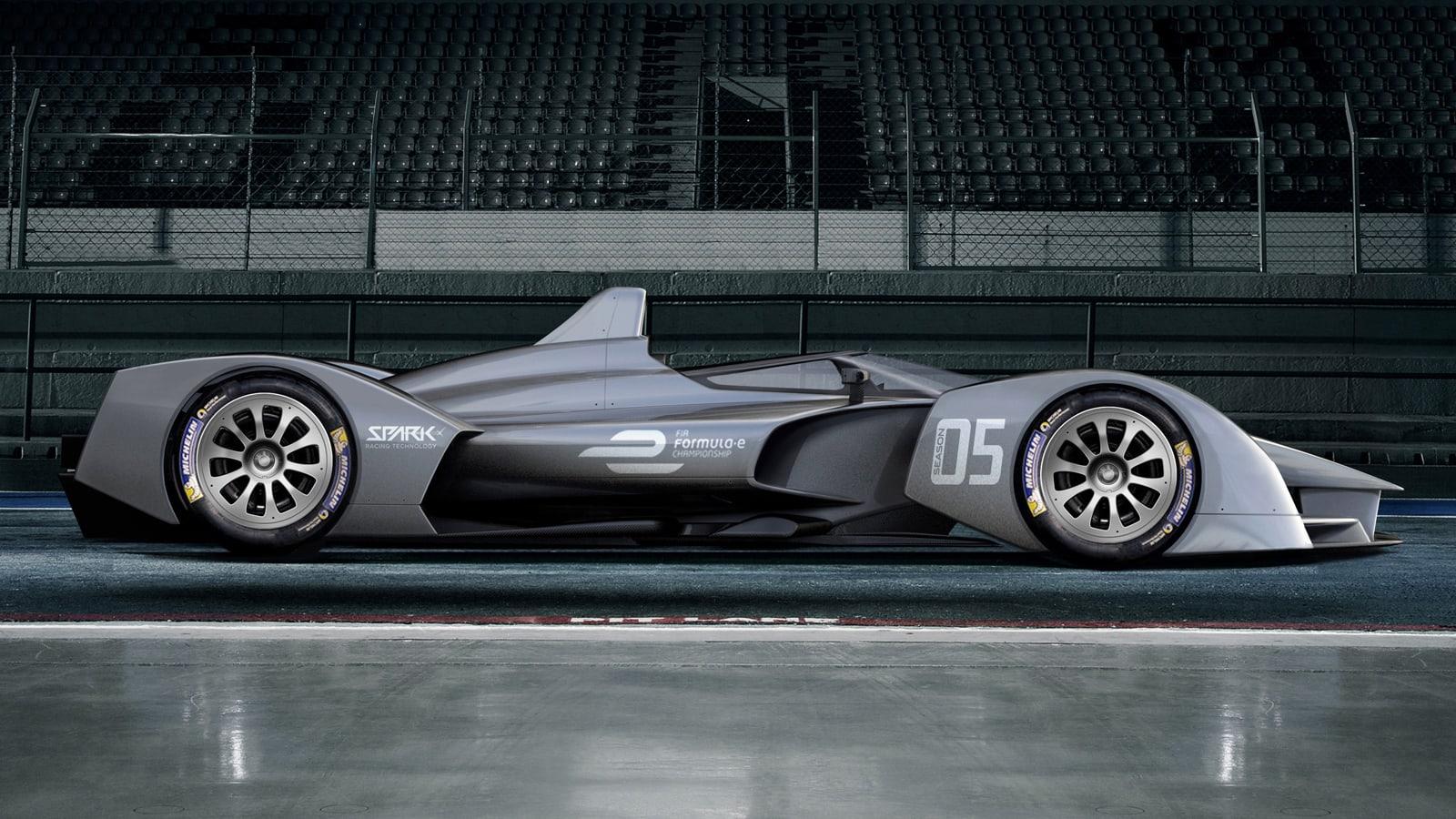 The all-electric Formula E race series is set to make some high-profile moves this season. With a big race in Brooklyn and at least one major entrant ditching the fossil-fueled Le Mans races, electric racing is gaining more and more credibility as the sport progresses. To keep the vehicles at the center of it all progressing as well, Spark Racing Technologies has unveiled its plans for next season's official Formula E cars.

The SRT05e is designed to get twice the range of its predecessor, the first-generation Spark Renault SRT01, which has been in use for the series' first four seasons. As the Verge notes, drivers currently have to switch vehicles mid-race in order to have enough charge to make it over the finish line, but bigger batteries currently in development are expected to make that headache a thing of the past. According to Spark, the SRT05e compensates for a heavier battery by dropping some weight from the chassis and getting more efficient with the aerodynamics and the drivetrain.

Motorsport also reports that individual teams were shown "even more radical" versions of the concept, so the final look may get a few more tweaks before hitting the track. Still, we can expect to see the vehicles sporting logos from BMW, Faraday Future, Mercedes-Benz and others when they roll out in the 2018-2019 season. 3
In this article: design, FIA, formulae, gear, racing, sparkracingtechnology, transportation
All products recommended by Engadget are selected by our editorial team, independent of our parent company. Some of our stories include affiliate links. If you buy something through one of these links, we may earn an affiliate commission.