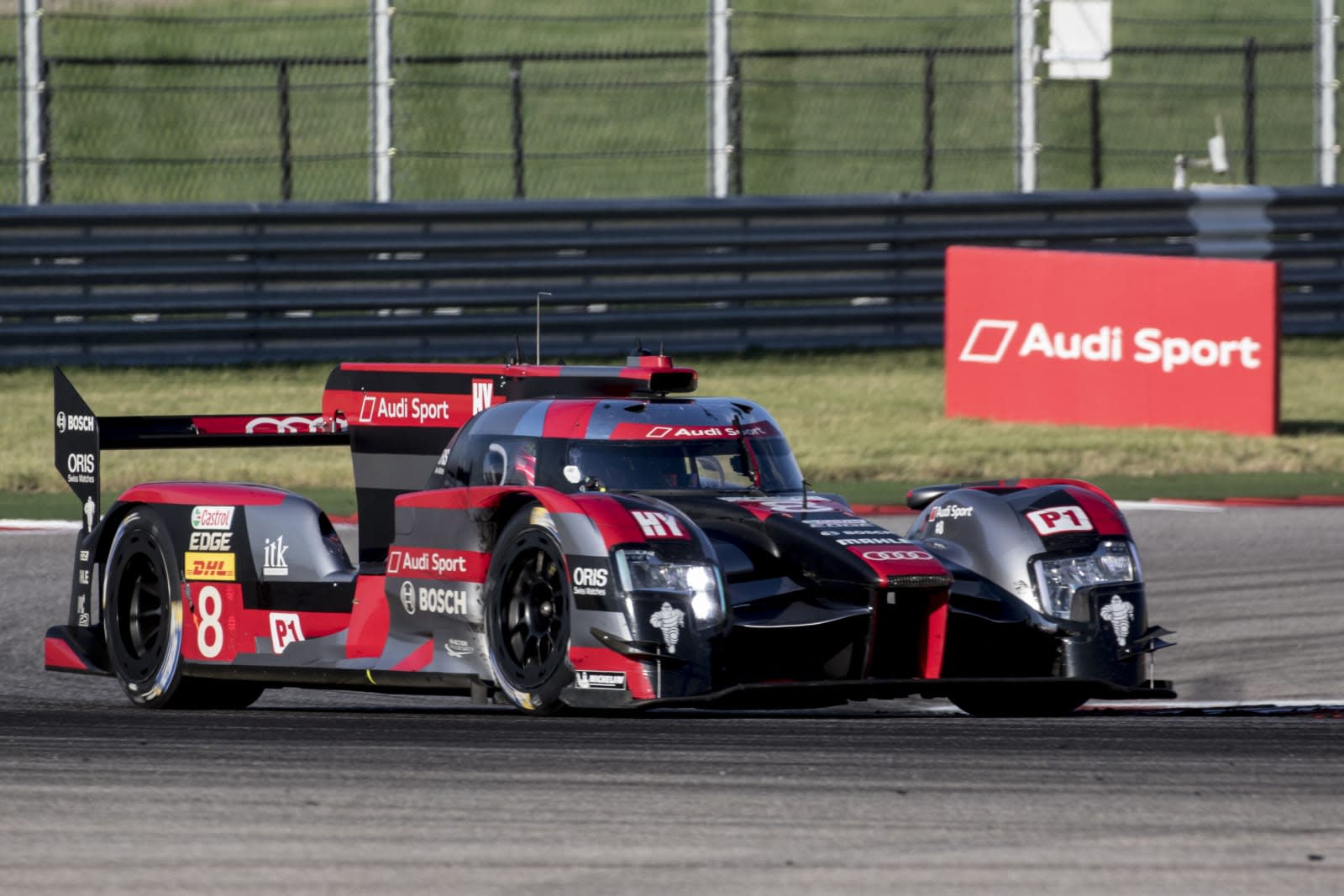 Here's an unusual turn of events: Audi is dropping its best-known presence in motorsports. The car maker is terminating its FIA World Endurance Championship commitment, which includes 24-hour Le Mans races, in favor of a Formula E factory-backed team. If you ask executives, it's about reflecting long-term goals. Audi's regular cars are going electric in ever-larger numbers -- when its race cars are "technological spearheads," they have to go electric as well. The company already has a partnership in the league, but it'll have technical involvement from 2017 onward.

The brand isn't completely abandoning fossil-fueled motorsport, at least not yet. It's still competing in Germany's DTM series, and it has yet to decide on World Rallycross. If the rallying world moves to electric power, that will make Audi's decision easier.

This isn't a trivial choice for a company that's practically synonymous with Le Mans, and still puts in a good showing (its drivers placed 3rd and 4th in the latest 24-hour race). However, it's easy to see why Audi would make the jump. It's not just that developments in EV racing are likely to filter down to production cars. Its rivals BMW and Mercedes-Benz are also getting involved in Formula E, so there's pressure to join -- especially when parent company Volkswagen is determined to improve its image in the wake of its emissions cheating scandal. When you also consider that Audi drivers have already won Formula E races, it only makes sense to deepen the firm's involvement.

In this article: audi, culture, electriccar, electricvehicle, ev, fia, formulae, gear, green, lemans, motorsport, racecar, racing, sports, transportation
All products recommended by Engadget are selected by our editorial team, independent of our parent company. Some of our stories include affiliate links. If you buy something through one of these links, we may earn an affiliate commission.