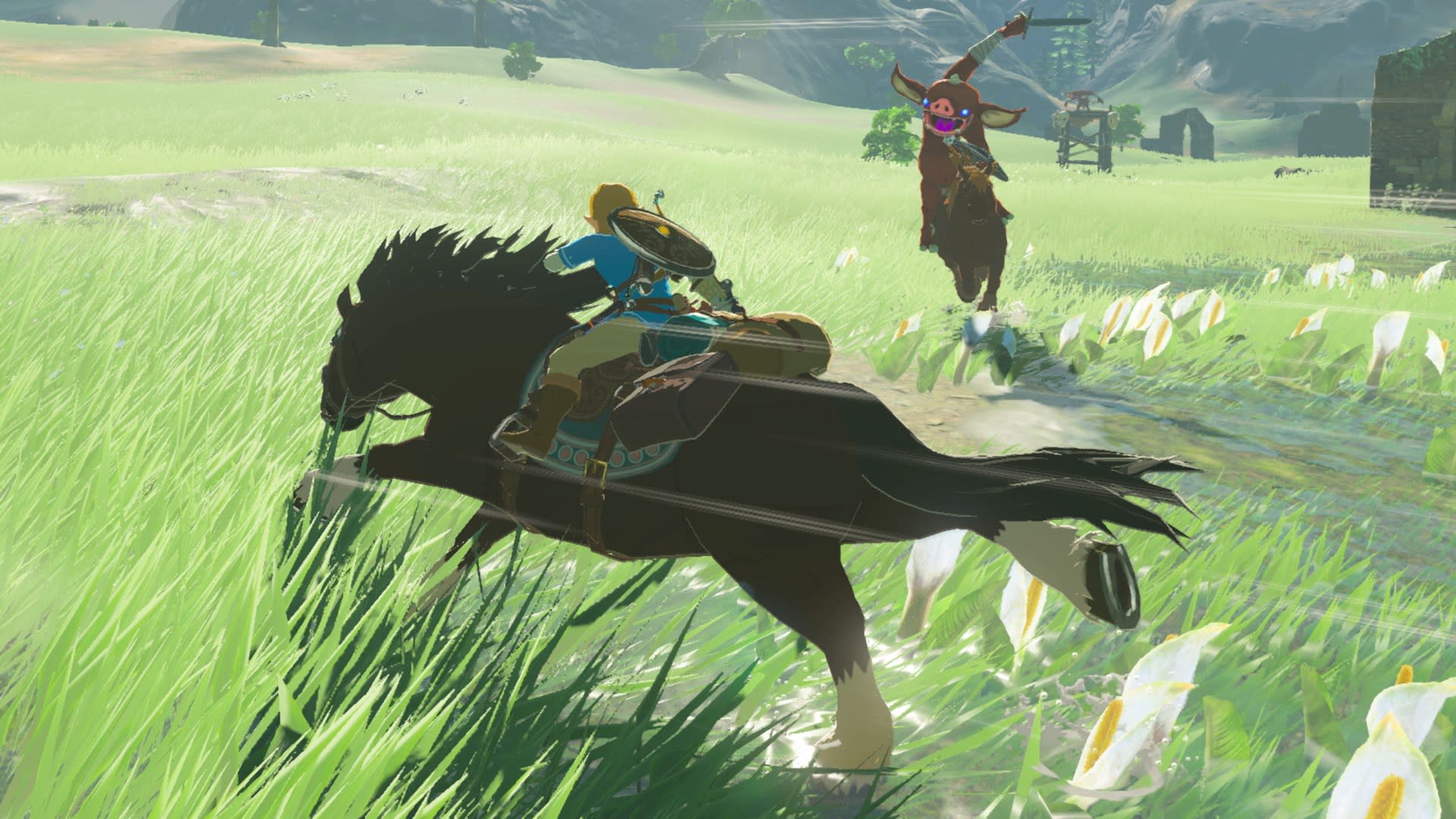 If you thought Nintendo's next Zelda game didn't look expansive enough, then you might be intrigued / already sold on a $20 season pass that will go on sale March 3rd. Producer Eiji Aonuma took to YouTube to explain how Hyrule will benefit from the first main series expansion content pack. (Games like Triforce Heroes have seen extra content after launch.) Penned for two release dates, one in the summer and one in Winter 2017, you can expect extra chests and clothing for Breath of the Wild right from the start. Pack One will add a new Cave of Trials and hard difficulty setting, as well as an intriguing "additional map feature." Pack Two will add not only a new original story, but also a new dungeon and "additional challenges" -- whatever they'll be. The extra DLC sounds far meatier than just some new skins and level packs.

Link will be able to wear a Switch logo-emblazoned shirt if players decide to pick up the expansion pass, which will come to both the Switch and the Wii U. "The world of Hyrule, which we created for The Legend of Zelda: Breath of the Wild is so large and vibrant that we wanted to offer more for players to experience within it," added Aonuma, the long-time producer of the series. "With this new Expansion Pass, we hope that fans will play, explore and enjoy the game even more."

Nintendo is gradually getting to grips with the notion of after-sale content and add-ons: first we had more characters and features to multiplayer games like Smash Bros. and Splatoon, now it's Zelda - the first time the flagship series has ever seen DLC. What's next? Mario?

In this article: breathofthewild, gaming, internet, legendofzeldabreathofthewild, nintendo, nintendoswitch, switch, wiiu, zelda
All products recommended by Engadget are selected by our editorial team, independent of our parent company. Some of our stories include affiliate links. If you buy something through one of these links, we may earn an affiliate commission.