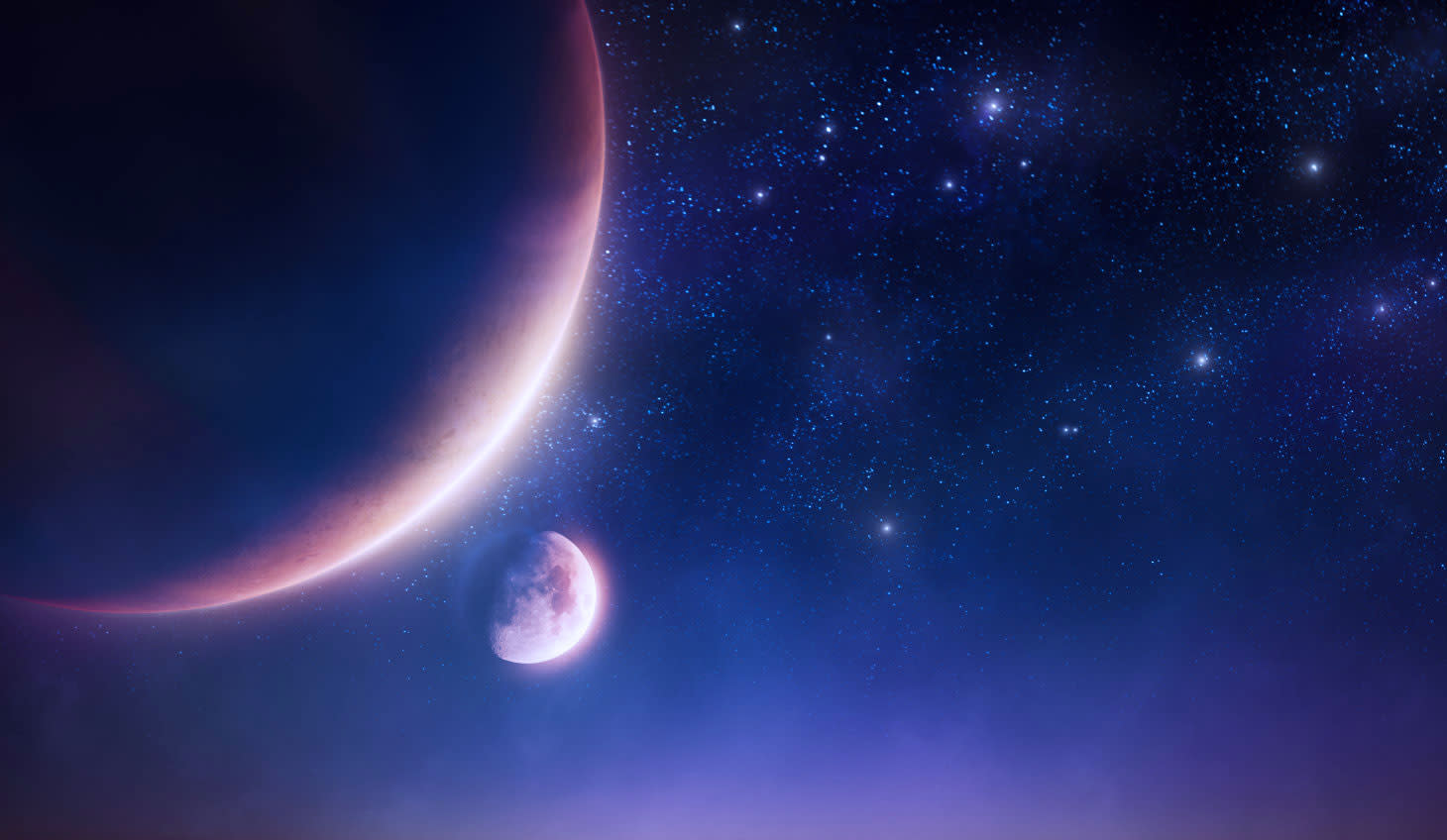 To those of you who dream of going to space: Sorry, but that may never happen. However, NASA is once again counting on the public for help understanding what's beyond our world. All we have to do is look at some photos online.

Today marks the launch of Backyard Worlds: Planet 9, a project that relies on everyday people to help scientists identify objects near our solar system. These celestial bodies appear to move across the sky, but computers have a hard time finding things like brown dwarfs and planets in the noisy images. This means manually searching the photos is the most effective method to get the job done.

Unfortunately, that's a tedious task. For instance, Arizona State University professor Dr. Adam C. Schneider has personally looked at over a million of these images, according to a post on the Backyard Worlds blog. Crowdsourcing this process is a more efficient way to process many photos quickly and point researchers towards images that may be of interest.

The website presents users with short videos, consisting of infrared images captured by NASA's Wide-field Infrared Survey Explorer (WISE) space telescope. If a citizen scientist notices a potential object, they can mark its location on the image. If they see nothing noteworthy, they can move on to another four-frame clip and try again.

This isn't NASA's first time asking the public for help. In recent years, they've sought input on projects like the Space Poop challenge and their Open Innovation Service (NOIS) Contracts. There's also NASA Solve, an ongoing initiative that invites people to participate in their research. Researchers at the University of California Berkeley have even crowdsourced computing power to search for extraterrestrial life with the SETI@home program.

Backyard Worlds, however, is different in that it requires more active input from its participants.

"It's hard to believe, but our solar neighborhood is still unexplored territory," Jackie Faherty, a senior scientist in the American Museum of Natural History's (AMNH) Department of Astrophysics, said in a statement. "There are cold worlds hiding just a short distance from the Sun, and Backyard Worlds: Planet 9 is a platform for bringing citizen scientists into the search party."

The tool was developed by scientists at NASA, Arizona State University, AMNH, UC Berkeley, the Space Telescope Science Institute in Baltimore, and the science crowdsourcing site Zooniverse. This process is like a modernized version of the method astronomer Clyde Tombaugh used to identify Pluto in 1930. Tombaugh spent about 7,000 hours looking at a device called a "blink comparator" to find differences between photographic plates of space, according to the Backyard Worlds website. With that in mind, taking a few minutes to save scientists hours of work seems like a worthy alternative to repeatedly refreshing your Twitter feed.

In this article: AmericanMuseumOfNaturalHistory, ArizonaStateUniversity, astronomy, astrophysics, BackyardWorldsPlanet9, browndwarf, clydetombaugh, DrAdamCSchneider, internet, JackieFaherty, nasa, OuterSpace, planet, planets, pluto, science, space, SpaceTelescopeScienceInstitute, sun, twitter, UniversityOfCaliforniaBerkeley, Zooniverse
All products recommended by Engadget are selected by our editorial team, independent of our parent company. Some of our stories include affiliate links. If you buy something through one of these links, we may earn an affiliate commission.