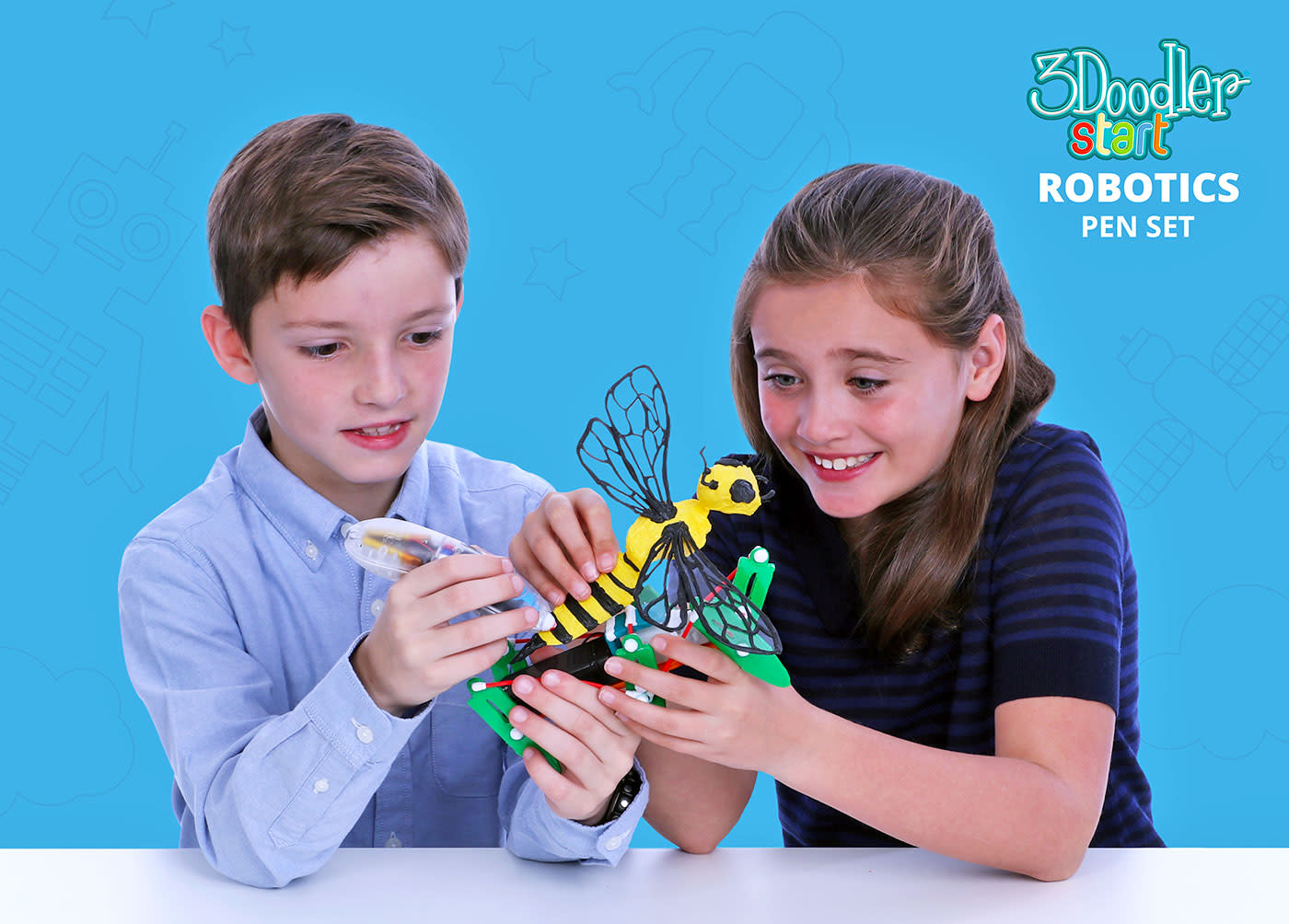 It used to be that if you gave a 3Doodler Start to a child, you'd have to throw them some stencils or otherwise pray they were creative enough to make something neat. Not so anymore. Eager to empower a new generation of Boston Dynamics engineers, 3Doodler is releasing a new robotics kit that lets kids — what else? — create their own moving machines out of melted plastic and sheer moxie.

For the most part, the robotics kit is full of stuff we've seen before. There's the 3Doodler Start, for instance — released about this time last year, it's a curvier, cheaper, safer version of the 3D printing pen meant for wee lads and lasses. Also in the package is the requisite plastic, some "DoodleBlocks" (a.k.a. molds kids that extrude their plastic into), gears, a motor and a battery pack.

While some kids will probably figure out how to craft their own pint-sized Big Dogs by themselves, an included activity guide should help everyone else get creative without too much wailing or gnashing of teeth. The robotics kit might be the most immediately fascinating, but it isn't the only new bundle the 3Doodler team has created — there are also new architecture and product design starter kits for would-be Frank Lloyd Wrights and Jony Ives, too.

It's nice to see 3Doodler more fully explore the ways kids can create with these kits, but co-founders Max Bogue and Daniel Cowen have also spent plenty of time chasing down some potentially lucrative licensing deals. Just look at the rest of their Toy Fair line-up: there's a Powerpuff Girls edition Start pen in the works, and the company's full-size 3Doodler Create will be offered in a Star Trek tie-in package that offers the ability to craft "Spock ears, Klingon foreheads, Phasers, and more." Don't throw your wallet at your screen just yet, though — all of these packages are expected to launch this Spring.

In this article: 3doodler, 3dprinting, diy, do it yourself, doityourself, gear, robot, robotics, toyfair, toyfair2017
All products recommended by Engadget are selected by our editorial team, independent of our parent company. Some of our stories include affiliate links. If you buy something through one of these links, we may earn an affiliate commission.