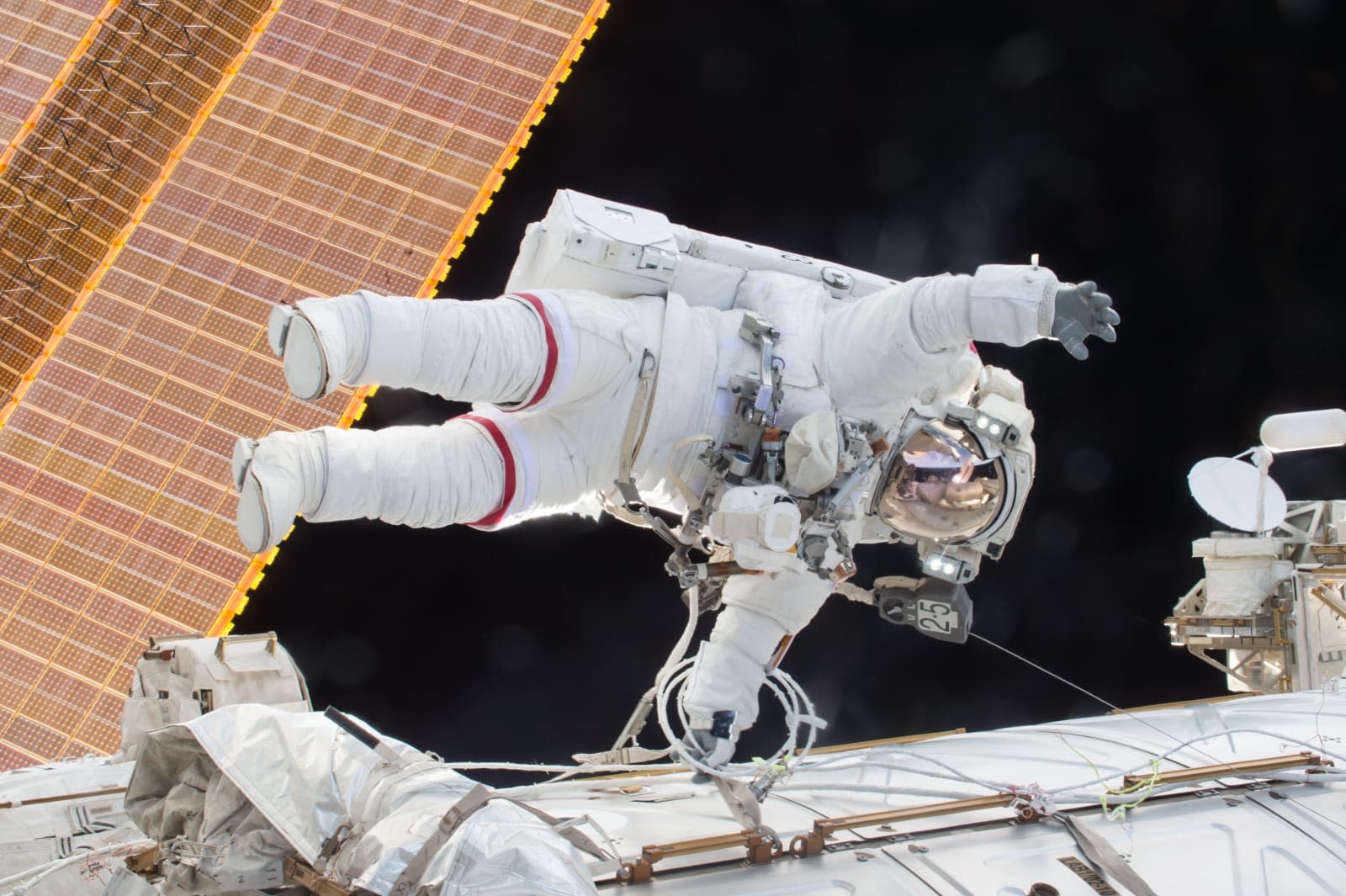 Back in December, NASA and X Prize competition website HeroX announced the Space Poop Challenge to find a hands-free human waste solution that would work for six days in spacesuit. The winning entry was designed by Air Force Colonel Thatcher R. Cardon, Commander of the 47th Medical Group at Laughlin Air Force Base in Del Rio, Texas. Cardon's background as a family physician and a flight surgeon certainly helped informed his system which features a hygiene wand.

Officially called the MACES Perineal Access & Toileting System (M-PATS), Inverse reports that the wand is covered in tubular fabric that can be used in place of toilet paper. The M-PATS also includes maxi pad-like underwear that unfold inside the space suit. Cardon was awarded a $15,000 prize for the winning entry.

The second place solution, the Air-Powered Urine and Stool Handling (Air-PUSH) system, was also designed by a team of doctors who met while studying chemical engineering at the University of Texas at Austin. Air-PUSH uses body movements to keep waste away from the astronaut before it disinfects and dries it to keep things as clean as possible. Third place went to London-based designer Hugo Shelley who came up with SWIMSuit, a pair of zero-gravity underwear that offer waste management for up to six days.

Now that the competition is over, NASA says its engineers will test different options for waste management as it designs its new spacesuit. Judges selected the winners of the Space Poop Challenged based on which ones could potentially be turned into a viable solution within the next three or four years. Since astronauts typically have to wear spacesuits for several hours, any solution that's more sanitary than the diapers that are currently used would certainly be a welcome change.

In this article: herox, nasa, poop, science, space, spacepoop, spacepoopchallenge
All products recommended by Engadget are selected by our editorial team, independent of our parent company. Some of our stories include affiliate links. If you buy something through one of these links, we may earn an affiliate commission.