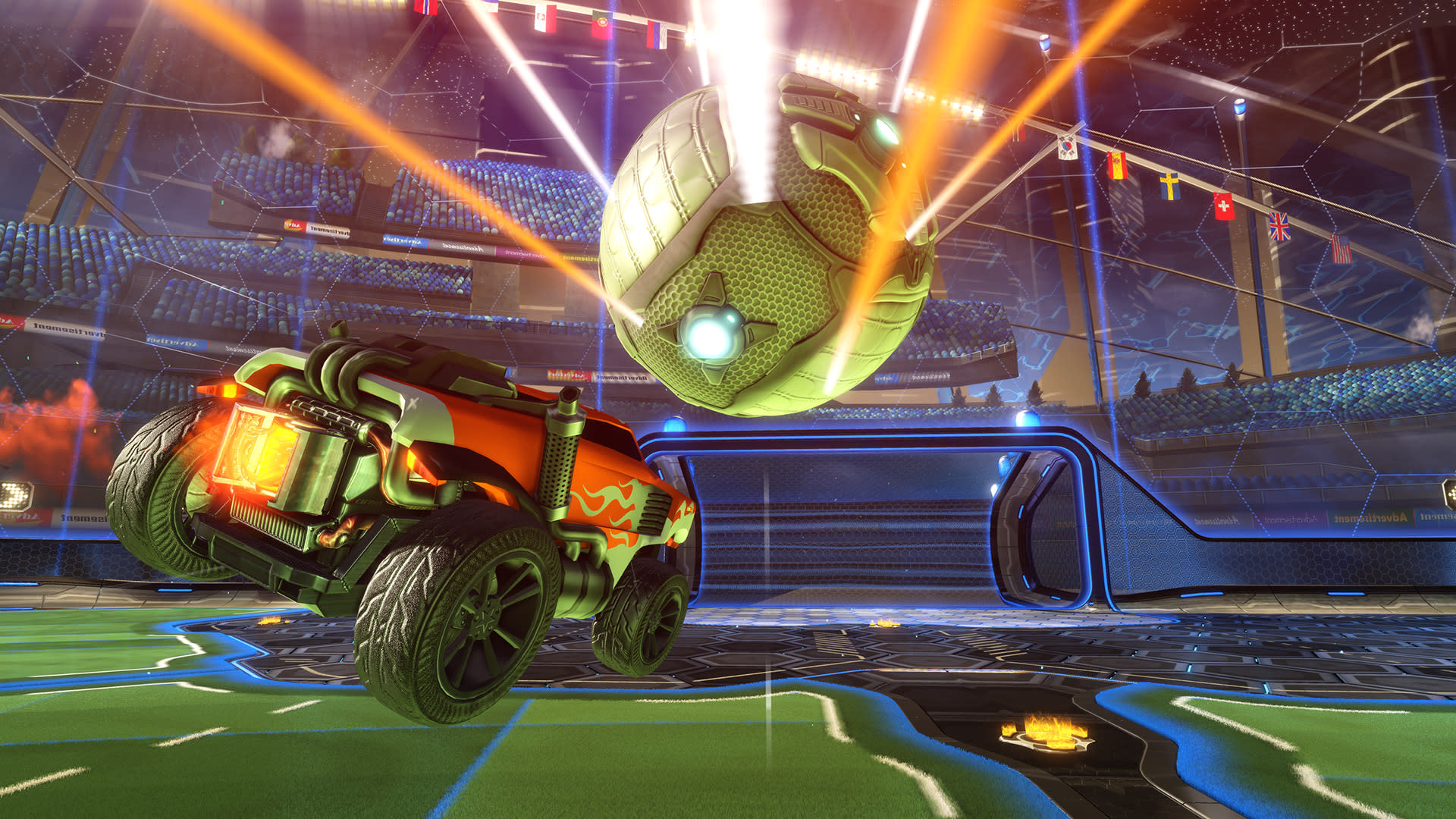 It's been a long week, hasn't it? Well luckily for Xbox One owners it looks like Microsoft wants to start the weekend early, as from today you'll be able to play both NBA 2K17 and Rocket League for free. As a part of Xbox Live's Multiplayer All Access event, gamers will get three days unpaid access to the games above and all Xbox Live services. With a year's Xbox Live subscription setting you back $59.99, this is sure to be good news for the three Xbox One owners who don't already have access.

Still, for those who have yet to own arguably the best multiplayer game of this console generation, free Rocket League is perfect weekend-fodder. Thanks to its unique premise, the game quickly became a sleeper-hit. Featuring colorful physics-based gameplay that pits two teams of rocket-powered cars against each other, Rocket League tasks players with scoring the most goals on a series of gigantic football pitches. It's fast, silly and definitely worth checking out if you haven't already.

NBA 2K17 needs less explanation. While it's not quite as inventive as this weekend's other free offering, there are definitely worse ways to spend a weekend than thrashing your mates on the virtual court. With the real-world NBA recently acquiring its very own eSports team based on the game, this could well be your chance to make it as a pro gamer. Word of warning though, you probably don't want to use the game's face-scanning tech.

Rocket League ($15) and NBA 2K17 ($39) are both currently on sale on Xbox Live, so if you like what you see this weekend you can always get them on the cheap once the free period ends.

In this article: 2K-Games, av, gaming, microsoft, nba2k17, rocketleague, XboxOne
All products recommended by Engadget are selected by our editorial team, independent of our parent company. Some of our stories include affiliate links. If you buy something through one of these links, we may earn an affiliate commission.