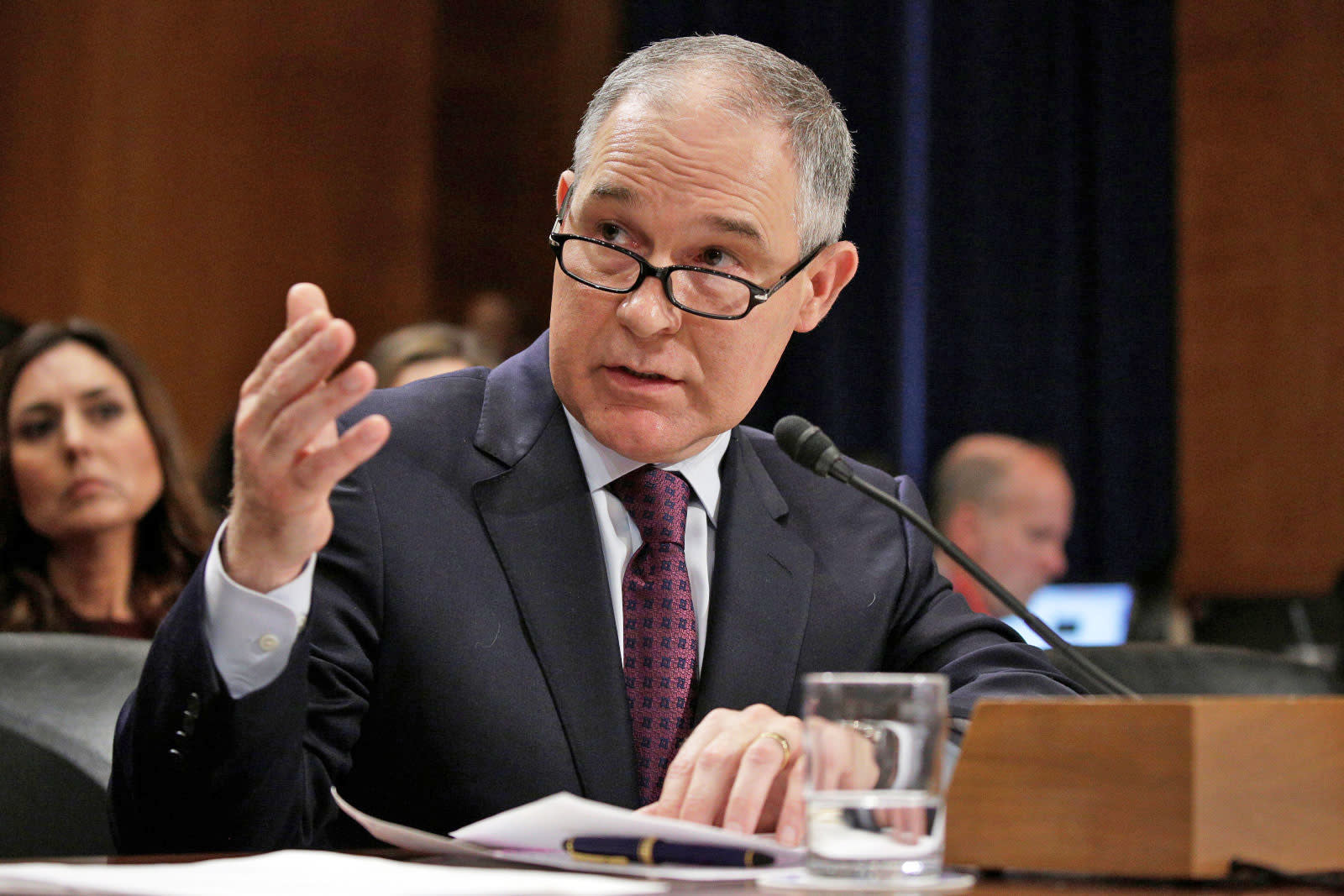 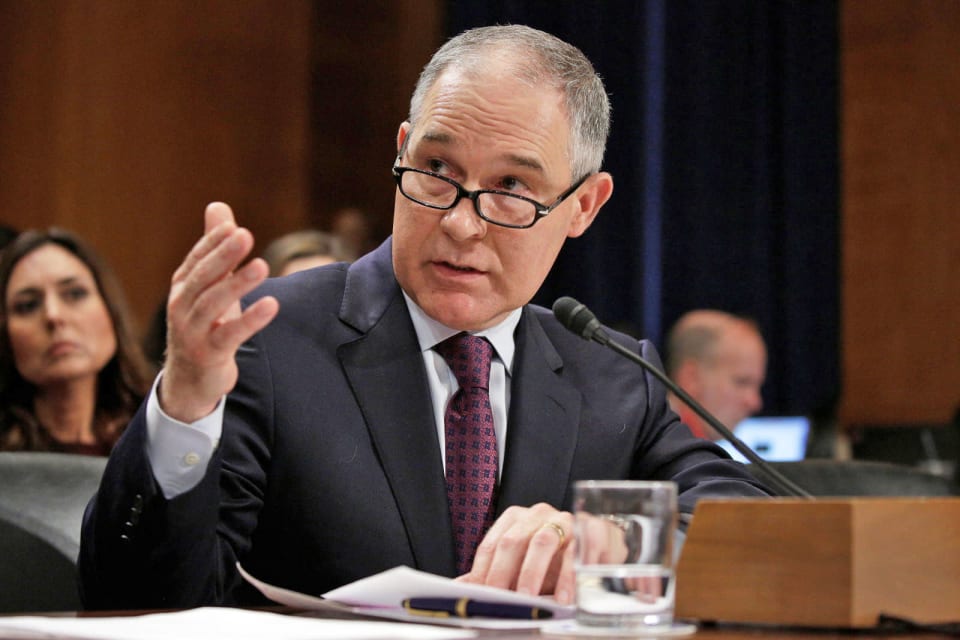 On Friday, the US Senate voted 52–48 to confirm Scott Pruitt as the 14th administrator of the Environmental Protection Agency. His nomination and subsequent confirmation surprised many political pundits, given that the former Oklahoma attorney general has long waged legal battles against the federal agency that he now heads.

Pruitt's political career began in 1998, when he was elected to the Oklahoma Senate, representing Tulsa and Wagoner Counties. After eight years, during which time he served as both majority whip and the Republican assistant floor leader, Pruitt mounted an unsuccessful campaign to become the state's lieutenant governor in 2006, then was elected attorney general of Oklahoma in 2010.

During his tenure as Oklahoma's AG, Pruitt routinely went to war with the EPA. After entering office, he first dissolved the Environmental Protection Unit in the Attorney General's Office, arguing both that "a standalone unit was operationally inefficient" and that the Oklahoma Department of Environmental Quality, rather than his office, should be responsible for implementing and enforcing environmental laws in the state. He then proceeded to sue the EPA a total of 14 times -- every one of them unsuccessfully -- between 2010 and 2016.

For instance, in 2012, his office sued the EPA over the agency's Mercury and Air Toxics Standards, which regulate the amount of mercury, cyanide and other pollutants that power plants can legally emit. More recently, he sued over the Cross-State Air Pollution Rule, which caps the amounts of sulfur dioxide and nitrogen oxide that plants can expel. In 13 of these 14 cases, energy companies operating within the state were listed as co-parties to Pruitt's suits.

Pruitt is quite proud of his anti-EPA stance. His official bio page as Oklahoma AG states that he is a "leading advocate against the EPA's activist agenda." And when he was not actively suing the EPA, Pruitt did little to hide his support for energy companies like Exxon and Devon Energy (or the $300,000 that they donated to his campaigns).

As the New York Times reports, he once dropped a state lawsuit against companies dumping pollutants into state waterways. Pruitt "has advocated and stood up for the profits of business," Mark Derichsweiler, of the Oklahoma Department of Environmental Quality, told the Times, "at the expense of people who have to drink the water or breathe the air."

Pruitt has also been party to scandal during his tenure as AG. In 2011, he received a drafted letter from Devon Energy, one of Oklahoma's biggest oil and gas companies, transcribed it to his official letterhead and submitted it to the EPA as an official complaint from his office, a move categorized by the Times as an "unprecedented, secretive alliance" between Pruitt and industry. "That's actually called representative government in my view of the world," Pruitt said in his defense.

"Scott Pruitt represents what we environmental lawyers call an 'imminent and substantial endangerment' to our health and environment," Ellen Spitalnik, a former EPA attorney who served from 1980 to 2002, told Quartz. "He threatens the very integrity of EPA and must not be allowed to continue shutting down environmental enforcement, disregarding science, and putting private interests above public good."

Pruitt's confirmation hearings were not without scandal. He declined to specify whether he had submitted letters on behalf of companies related to the state's air quality crisis, which has seen the rate of childhood asthma spike in recent years. Currently one in ten Oklahoma children suffer from asthma, though Pruitt could not cite that figure when quizzed about it by Senator Cory Booker. Additionally, more than 800 current EPA employees signed a petition urging the Senate to vote him down.

Even the timing of his confirmation has raised eyebrows. Senator Sheldon Whitehouse called his vote "an epic ram job," given that Pruitt only recently released 3,000 emails he wrote to oil and gas companies as attorney general. These emails were ordered released by a state judge as part of a public records lawsuit two years ago, but Pruitt has been fighting to keep them under wraps. "Emails! Remember emails?" Senator Chuck Schumer asked during the confirmation hearings. "'We should get them out!' they said about Hillary Clinton ... If they weren't worried about them, then why rush?"

Now that he has been confirmed, Pruitt is expected to immediately sign orders that begin to roll back Obama-era protections. While the rules can't be repealed immediately, these initial actions set the stage for replacing the rules with more industry-friendly options within the next two years.

Please note: Comments to this article have now been closed due to several violations of our community guidelines and standards. If you would like to see comments left open on more articles, please treat your fellow community members -- and the Engadget staff -- with courtesy and respect!

In this article: culture, environment, EPA, green, politics, ScottPruitt
All products recommended by Engadget are selected by our editorial team, independent of our parent company. Some of our stories include affiliate links. If you buy something through one of these links, we may earn an affiliate commission.
Share
Tweet
Share