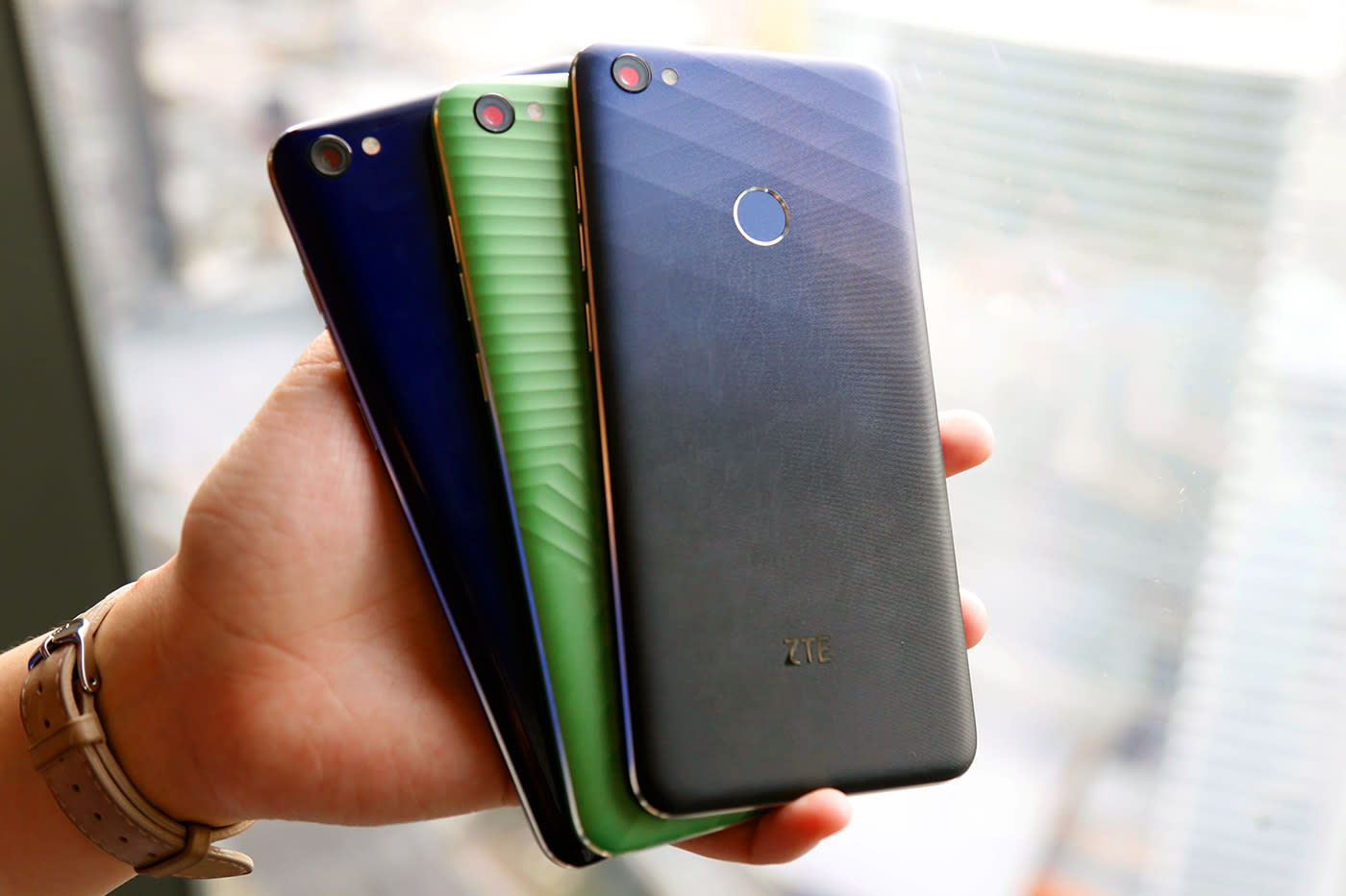 ZTE's plans to crowdsource ideas for its next mobile device has been a mostly smooth-sailing journey. But the company's efforts to make the eye-detecting phone a reality has been far less successful. After feedback from its underwhelming Kickstarter campaign indicated that people were expecting better specs from the device, ZTE is canceling the crowdfunding project and going back to the drawing board.

That's not to say the project is scrapped altogether. The Kickstarter is being cancelled so that backers who've already paid for early bird versions of the phone can get refunds. The company's vice president of technology and planning Jeff Yee told Engadget that people still seem to be interested in the device's main features, and that ZTE is still hoping to release something this year. The concept phone, dubbed Hawkeye, is supposed to support eye-detection and have an adhesive frame to allow for hands-free use. Back at CES 2017 when we first saw prototypes of Hawkeye, the rest of its specs were mostly undecided. After the details were listed on the subsequent Kickstarter campaign, however, the public was unimpressed by the midrange list of components, including a Snapdragon 625 processor and 3GB of RAM.

Yee told Engadget that the decision to use midrange specs was to make the phone more accessible to a wider audience. Indeed, at a $199 early bird price on Kickstarter, Hawkeye was already one of the more affordable smartphones on the market.

Now that he's gotten better feedback on what consumers want, though, Yee says Hawkeye will more likely come with flagship specs. "It has to be at least Snapdragon 820, if not 835, as a baseline," he said. The company also ran more polls to get more details on what other features people expect. Given this hiccup, it's not clear if ZTE will meet its initial goal of launching Hawkeye this year. The project was initially on track, but this episode has cost the company four months, as it has to go back to the design phase. "We didn't expect a twist," said Yee. "This is maybe not exactly what we wanted at this stage, but we are able to swallow our pride and recognize that the specs that we listed were not exactly what the community wanted," he added.

The company is now "trying to figure out a sweet spot that the majority can agree on," according to Yee, and got more specific about its means of getting feedback from commenters online. The delay now means that some parts of the crowdsourcing process, such as getting public input on the Hawkeye logo and software experience, might no longer happen. The good news, though, is that ZTE appears to have learned a lesson, and its ability to acknowledge its mistakes in a timely manner is laudable.

In this article: CrowdSource, gadgetry, gadgets, gear, hawkeye, kickstarter, mobile, smartphone, zte, ZTEHawkeye, ZTEProjectCSX
All products recommended by Engadget are selected by our editorial team, independent of our parent company. Some of our stories include affiliate links. If you buy something through one of these links, we may earn an affiliate commission.