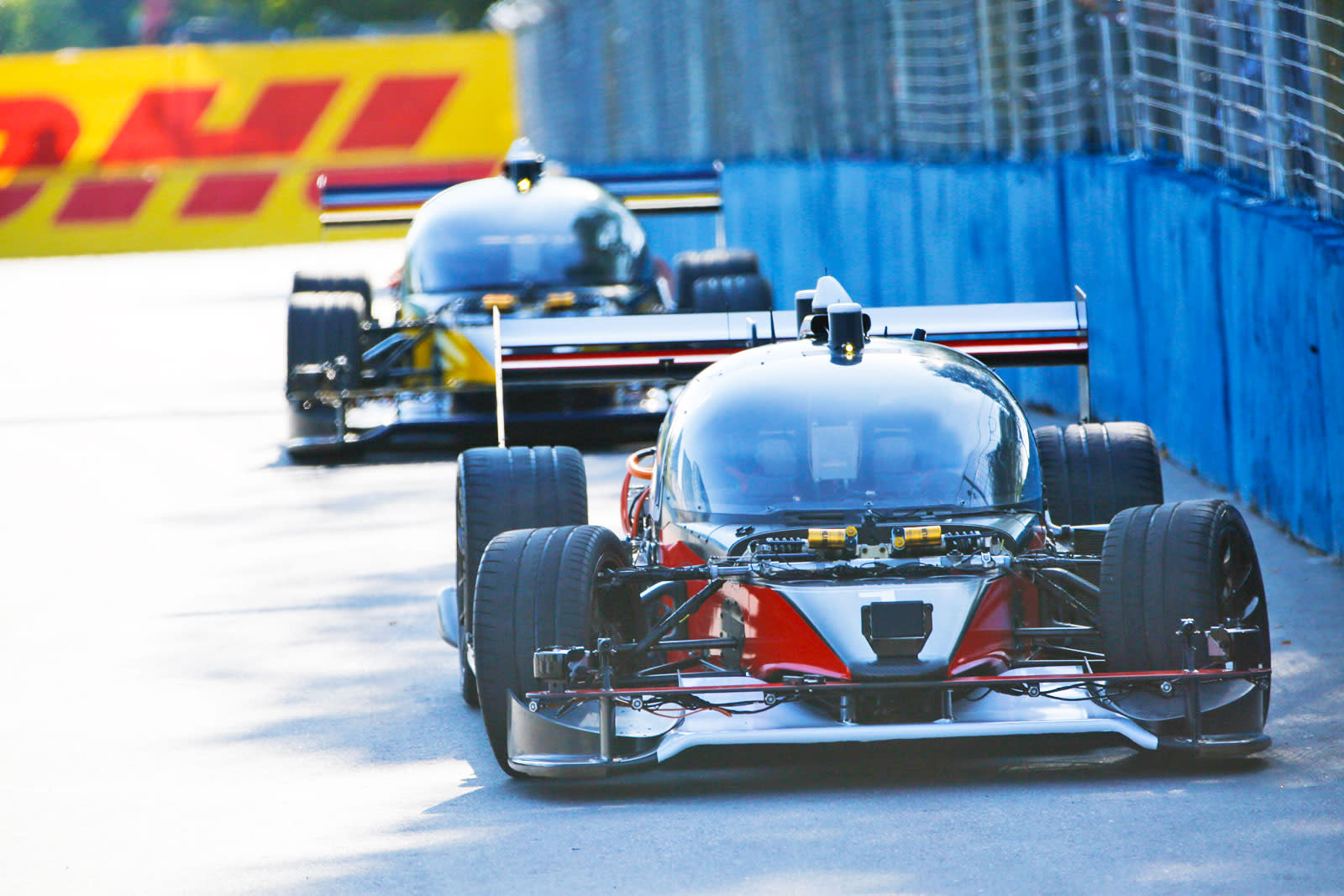 Fans attending Formula E's Buenos Aires ePrix got a nice treat: the first 'race' between self-driving cars on a professional track, courtesy of a test from Roborace. Only... it didn't quite go according to plan. Roborace's two test vehicles (known as DevBots) battled it out on the circuit at a reasonably quick 115MPH, but one of the cars crashed after it took a turn too aggressively. The racing league was quick to tout the safety advantages of crashing autonomous cars ("no drivers were harmed"), but it's clear that the tech is still rough around the edges.

Not that Roborace is likely to dispute the need for improvement -- that's what a test like this is for. The race series organizer won't fulfill its dream of full-scale driverless competition until it knows the cars can navigate on their own without making unforced errors, and that means subjecting them to race-like conditions. While it'll be difficult to completely avoid crashes, the vehicles have to be intelligent enough that most of the starting lineup in a given race will cross the finish line.

In this article: argentina, autonomous, buenosaires, car, culture, devbot, gear, racing, roborace, robots, self-driving, self-drivingcar, transportation, vehicle
All products recommended by Engadget are selected by our editorial team, independent of our parent company. Some of our stories include affiliate links. If you buy something through one of these links, we may earn an affiliate commission.