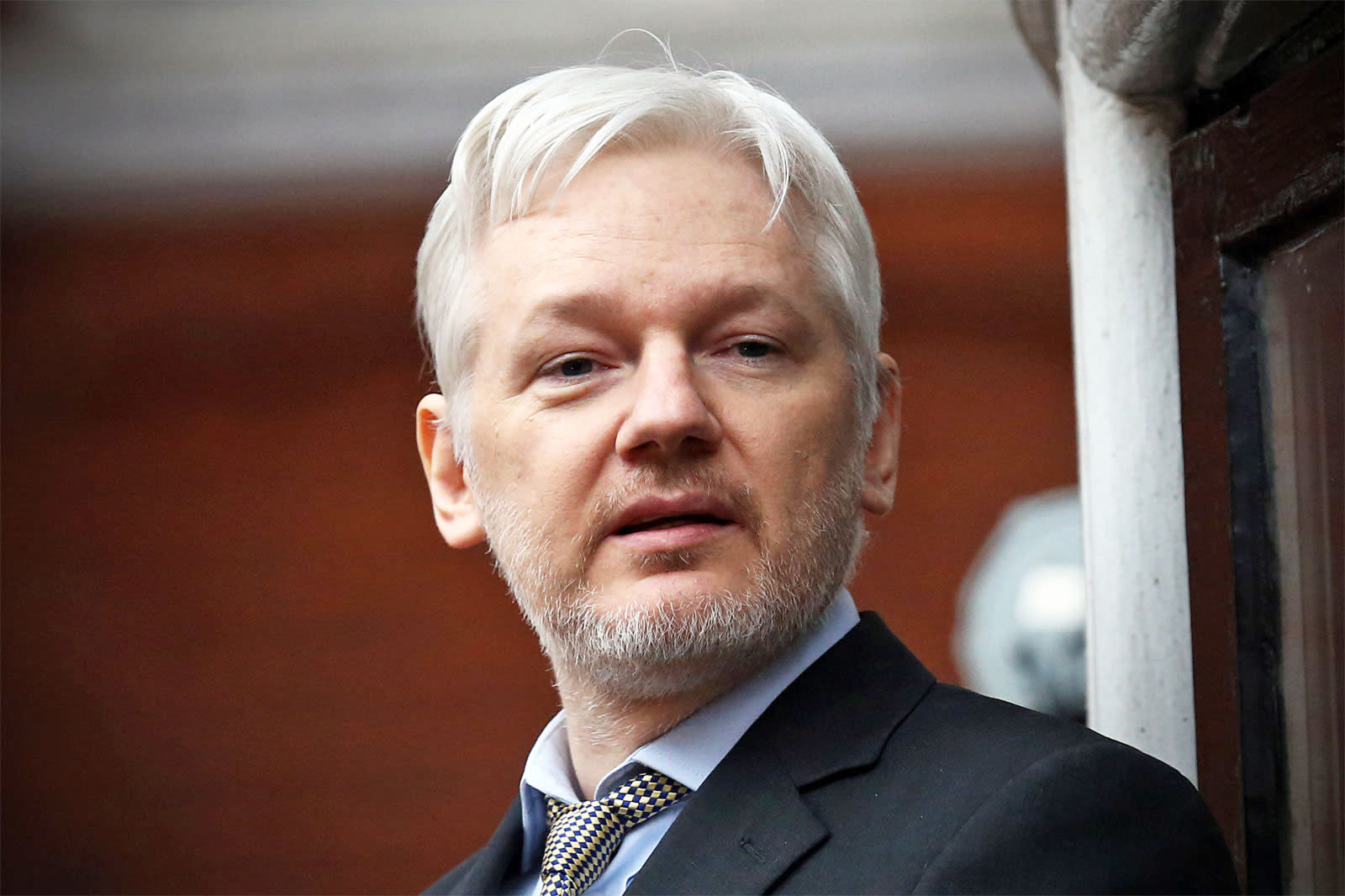 Wikileaks founder Julian Assange is taking time out from hiding in the Ecuadorian embassy in London to sing the praises of fake news. He appeared via satellite at a Q&A in Sydney, Australia this weekend, where he defended his organization and painted the traditional press as "opportunistic snipers" who publish "weaponized text."

"When the narrative of fake news came out and was then taken off effectively by the neo-liberal press and pushed around ... I could see exactly where that was going. I was rather happy about it," he told the crowd, according to CNET. "WikiLeaks is very happy that there is a narrative about fake news out there because we have a perfect record of having never got it wrong in terms of authentications."

Assange went on to describe Wikileaks as "a wonderful library you can trust" and a source of "original pristine information."

"I think that is the real beauty of WikiLeaks ... it is that sea of information, that treasure, that intellectual treasure, that rebel library of Alexandria you can go into."

The Wikileaks founder's views are ironic considering his organization's role in the 2016 presidential election. He was critical of Clinton and the contents of Wikileaks' huge email leak was a regular point of contention during the election. He called her potential presidency, "a consolidation of power in the existing ruling class of the United States."

Wikileaks' release of nearly 20,000 emails sent to and from top DNC officials directly impacted her campaign. Some of the messages led to rumors that Clinton and her campaign chairman, John Podesta, were involved in Satanic rituals. Other correspondence detailed schemes to potentially undermine candidate Bernie Sanders by attacking his faith and political leanings. A number of DNC officials, including Committee chairman Debbie Wasserman Schultz, resigned following the leaks.

Wikileaks has also faced scrutiny in recent months over its handling of personal information. It floated plans to create a database of verified Twitter user data, but changed its mind after intense public backlash. An Associated Press report called out the organization last August for publishing sensitive details on hundreds of innocent people, including teen rape victims.

In this article: culture, FakeNews, internet, JulianAssange, wikileaks
All products recommended by Engadget are selected by our editorial team, independent of our parent company. Some of our stories include affiliate links. If you buy something through one of these links, we may earn an affiliate commission.