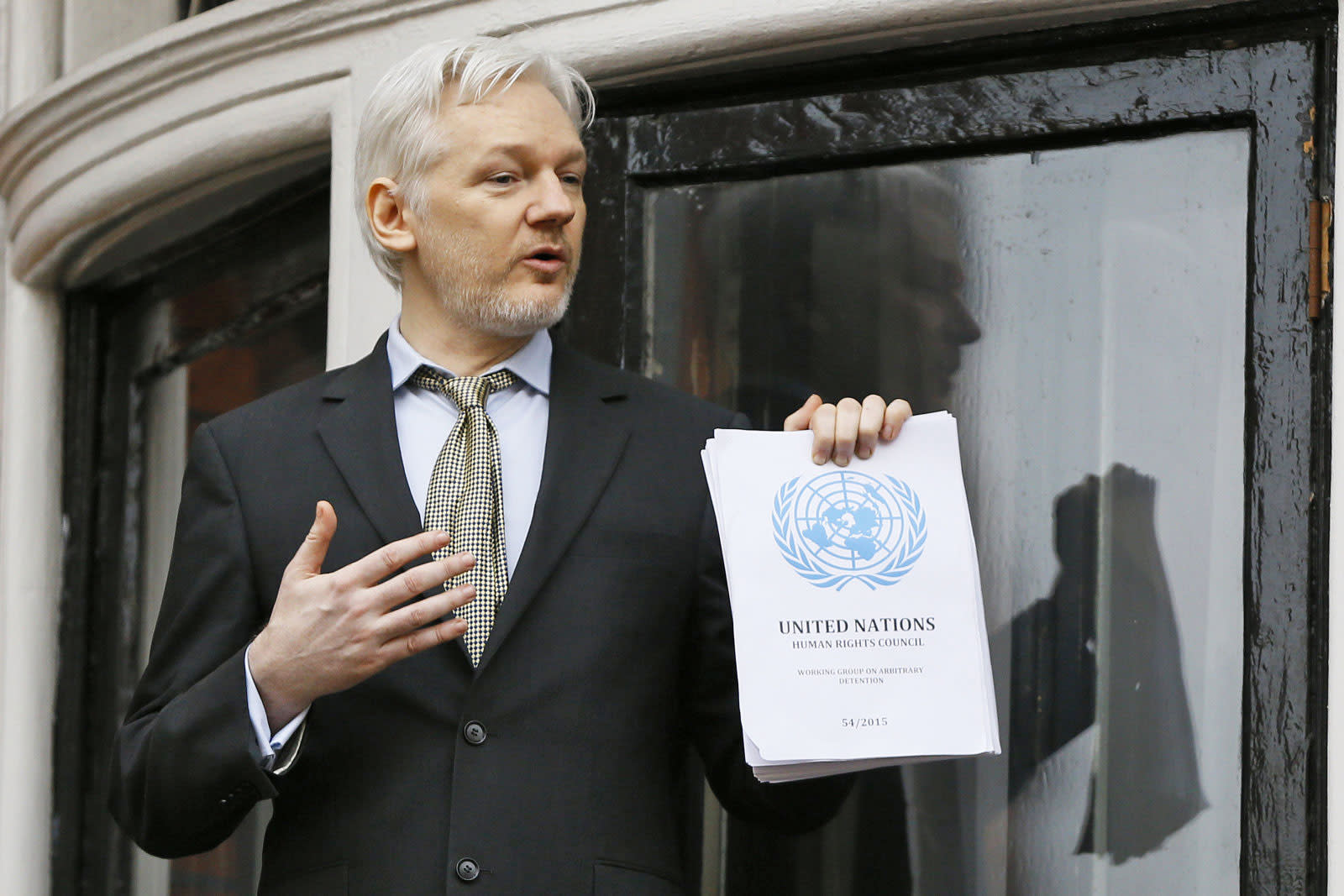 WikiLeaks will tell you that it's providing valuable transparency while respecting the privacy of innocent people, but the Associated Press isn't convinced that it's walking that fine line. It just published a report showing that Julian Assange and crew published sensitive details for "hundreds" of innocent people, including financial records, identity details and medical files. Among the examples, it identified teen rape victims. Many of last year's leaked Saudi Arabia cables exposed details that could potentially ruin lives in the conservative country, such as the name of a man arrested for being gay and people who've secretly gone into debt.

WikiLeaks, not surprisingly, has gone on the defensive in light of the report. It asserts that the AP story is "ridiculous," a "re-run" of a 2015 story that's pointless when the Saudi government already has the details. The group is also floating a conspiracy theory, suggesting that US journalists are trying to discredit its activities now that it has published emails tarnishing the Democratic National Committee and "presumptive winner" Hillary Clinton.

It's true that WikiLeaks didn't leak the Saudi cables itself (it just made them easier to search), and AKP party data that contained sensitive Turkish voting info was uploaded by someone else (who has since deleted it). Many of the details aren't new, for that matter. Even so, the report still isn't flattering -- it contradicts Assange's promises of a "harm minimization policy" that protects medical records and other private details that aren't necessary for exposing government corruption and overreach. However much good WikiLeaks might be doing, it's not being very discriminate in what it allows on its site.

US big media scramble to side with presumptive winner #Clinton. We expect many more recycled attacks like AP's today as our leaks continue.

In this article: ap, culture, internet, privacy, report, transparency, wikileaks
All products recommended by Engadget are selected by our editorial team, independent of our parent company. Some of our stories include affiliate links. If you buy something through one of these links, we may earn an affiliate commission.