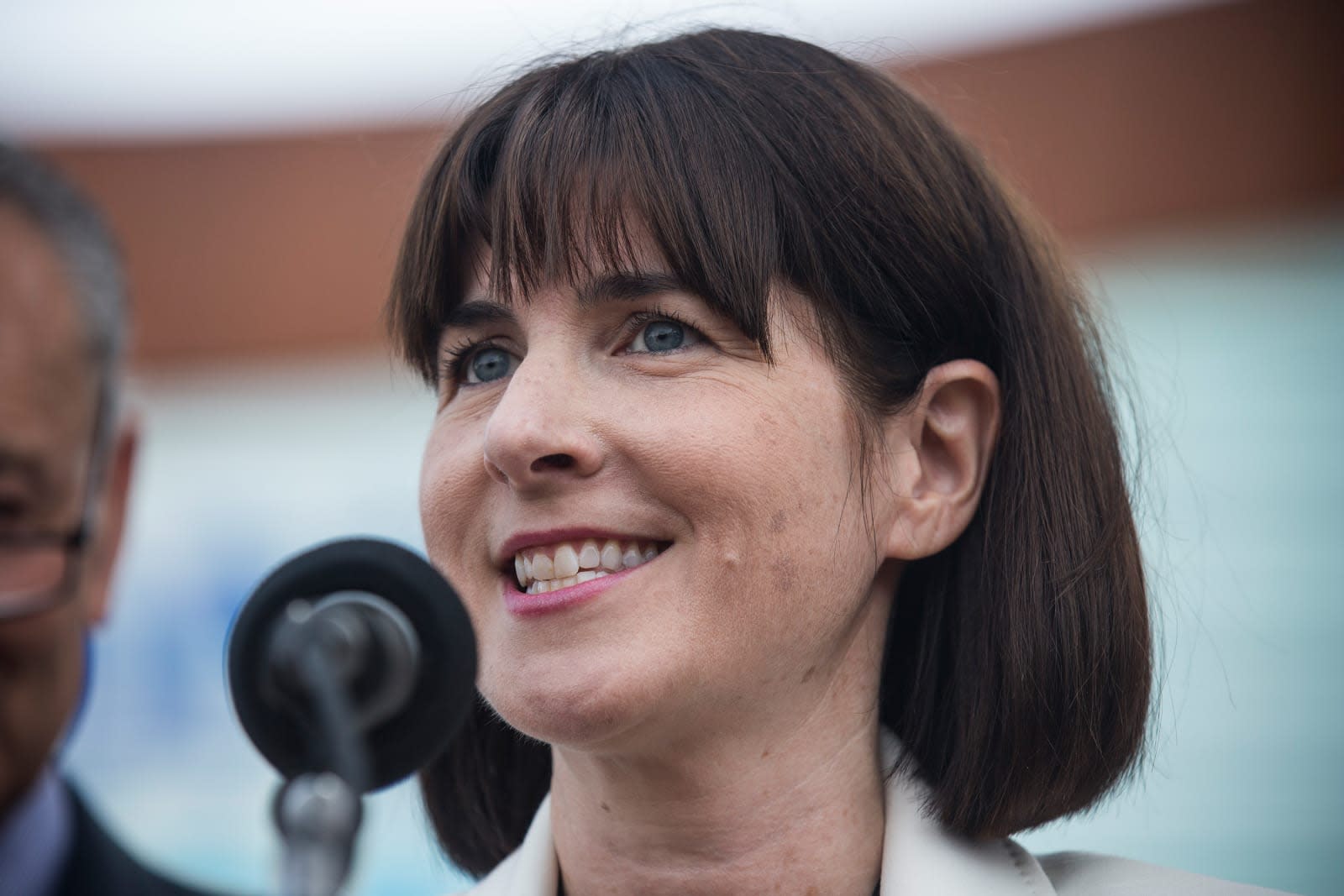 The fallout from the Democratic National Committee email hack (and the subsequent posting by Wikileaks) is extending well beyond the resignation of Committee chairman Debbie Wasserman Schultz in July. The DNC has revealed that CEO Amy Dacey (above), CFO Brad Marshall and communications director Luis Miranda are resigning in the wake of the breach. The leaked emails showed all three playing favorites during the primaries, disparaging Bernie Sanders and showing a preference for eventual nominee Hillary Clinton.

Marshall, for instance, is known to have suggested calling out Sanders as an atheist in a bid to rile up religious voters. Miranda, meanwhile, mocked Sanders' campaign welcoming a California debate that had Clinton and the DNC had already agreed upon. And Dacey, as CEO, was both participating in and ultimately accountable for all of it -- she wrote a comic "amen" in response to Marshall's religion strategy, and was included in many of these email conversations.

The DNC is trying to turn over a new leaf. Interim chairwoman Donna Brazile is appointing a transitional team until the election is over, and Politico sources hear that more higher-ups could be on the way out. However, there's no question that the hack will remain a serious blow even if the DNC successfully cleans up its act. Whether the breach was a Russian attempt to skew the election toward Donald Trump, an attack by Wikileaks' Julian Assange or just a greater bid for transparency, it could easily have an effect when Americans vote this November.

In this article: berniesanders, culture, democraticnationalcommittee, dnc, election, election2016, email, hack, hillaryclinton, internet, politics, security, TL16DEMHACK, wikileaks
All products recommended by Engadget are selected by our editorial team, independent of our parent company. Some of our stories include affiliate links. If you buy something through one of these links, we may earn an affiliate commission.