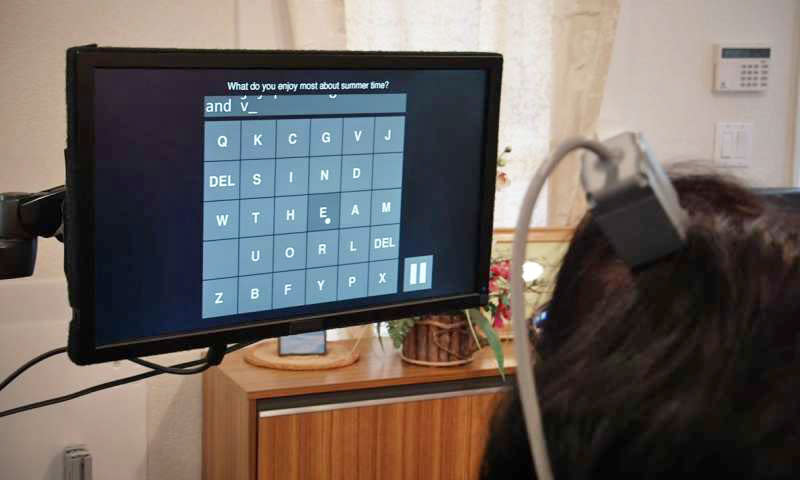 John Scalzi's science fiction novel Lock In predicts a near future where people with complete body paralysis can live meaningful, authentic lives thanks to (fictional) advances in brain-computer interfaces. A new study by researchers at Stanford University might be the first step towards such a reality.

Using brain-computer interfaces (BCI) to help people with paralysis communicate isn't completely new. But getting people using it to have a complex conversation is. This study's participants were able to output words at a much faster, more accurate rate than ever recorded thanks to the advanced technique.

The investigators worked with three people who experience severe limb weakness, either from amyotrophic lateral sclerosis (ALS), also called Lou Gehrig's disease, or from a spinal cord injury. They each had a tiny electrode array or two placed in their brains to record the signals from a region in the motor cortex that controls muscle movement. With only a little bit of training, the participants were able to master the typing interface. One participant, Dennis Degray of Menlo Park, California, was able to type eight words per minute with just his brain, a rate approaching texting speeds.

The researchers used the newest generation of BCI called the BrainGate Neural Interface System, the first such device to be surgically placed inside a patient's head. The tiny chips have 100 electrodes that penetrate the brain and can tap into individual nerve cells, a massive improvement over the older systems which can only measure brain waves and blood flow subcutaneously or from the outside of the scalp.

This is only the first step to creating a much more connected life for those with significant motor issues. The team of investigators looks forward to a day, perhaps just five years from now, when systems like this can be used to help people with paralysis communicate meaningfully with others.

In this article: Brain-computerInterface, BrainComputerInterface, medicine, mobile, personal computing, personalcomputing, science, study
All products recommended by Engadget are selected by our editorial team, independent of our parent company. Some of our stories include affiliate links. If you buy something through one of these links, we may earn an affiliate commission.