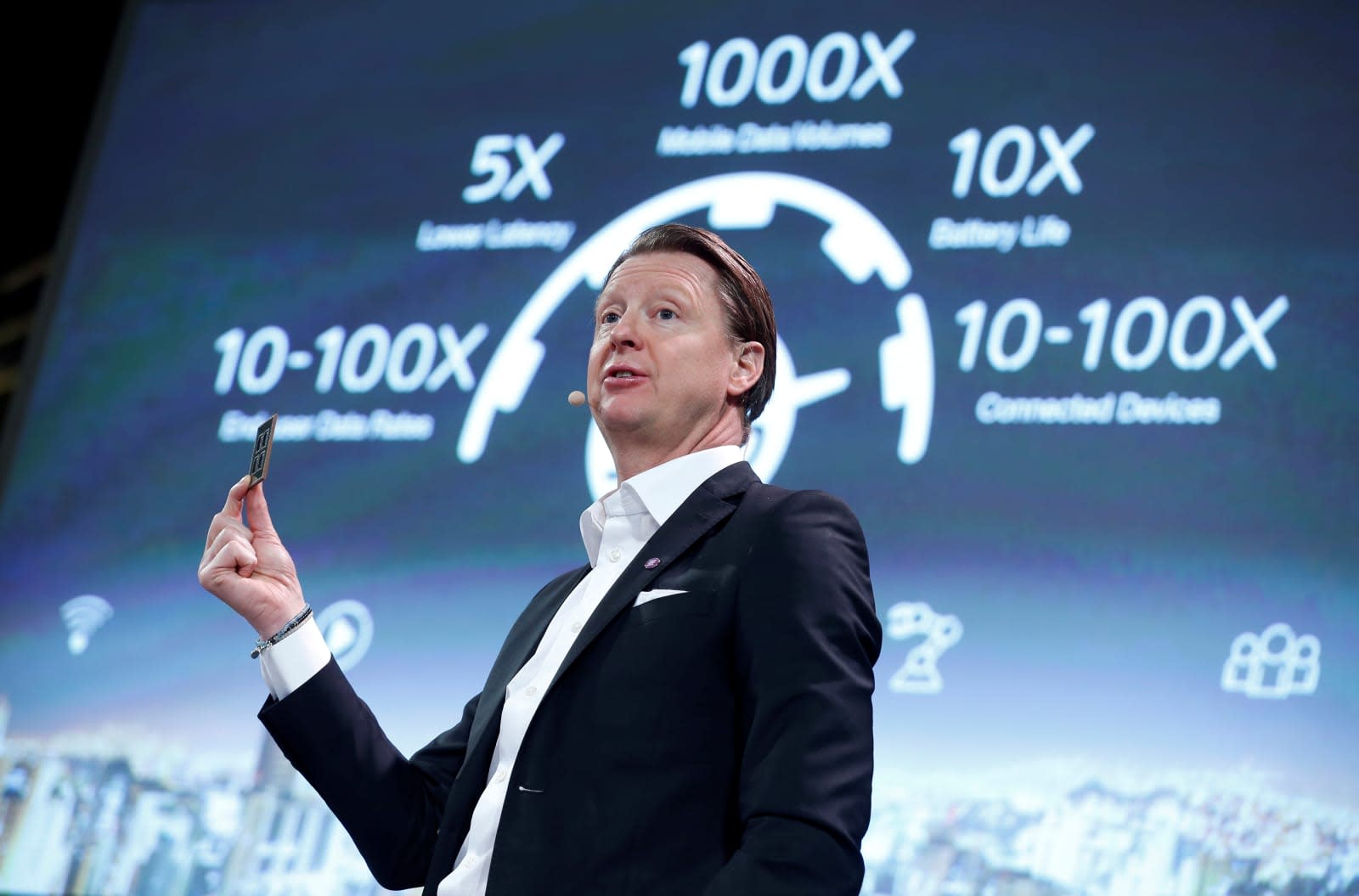 Intel is already showing off the building blocks of its 5G hardware at MWC and the big carriers are rushing to upgrade to the new standard, but the chipmaking giant is also launching a new initiative to build more than just faster cellular network. According to an announcement today, Intel and it's launch partners from Ericsson, Honeywell, General Electric and the University of California Berkeley have formed the 5G Innovators Initiative to explore and test new ideas that could change how connected devices, business, cities, and media operate.

At launch, the 5GI2 will focus on the Industrial Internet of Things, including AR and VR applications for drones and first responders. The initiative will eventually expand to other industries as more groups join up, but 5GI2 hopes to build and test applications for autonomous vehicles, smart infrastructure, health care and media, among others. The pilot programs will include full "step-by-step blueprints" of the speed, security and connectivity requirements so they can be easily replicated or open-sourced.

"5G is not simply about making smart phones faster," Intel VP and General Manager of Next Generation Standards Asha Keddy said in a statement. "It's about the machines and things that will deliver an entirely new smart and connected future. Building our 5G future requires a new approach to industry collaboration and development."

In this article: 5g, business, ericsson, gear, GeneralElectric, honeywell, intel, internet, InternetOfThings, iot, mobile
All products recommended by Engadget are selected by our editorial team, independent of our parent company. Some of our stories include affiliate links. If you buy something through one of these links, we may earn an affiliate commission.