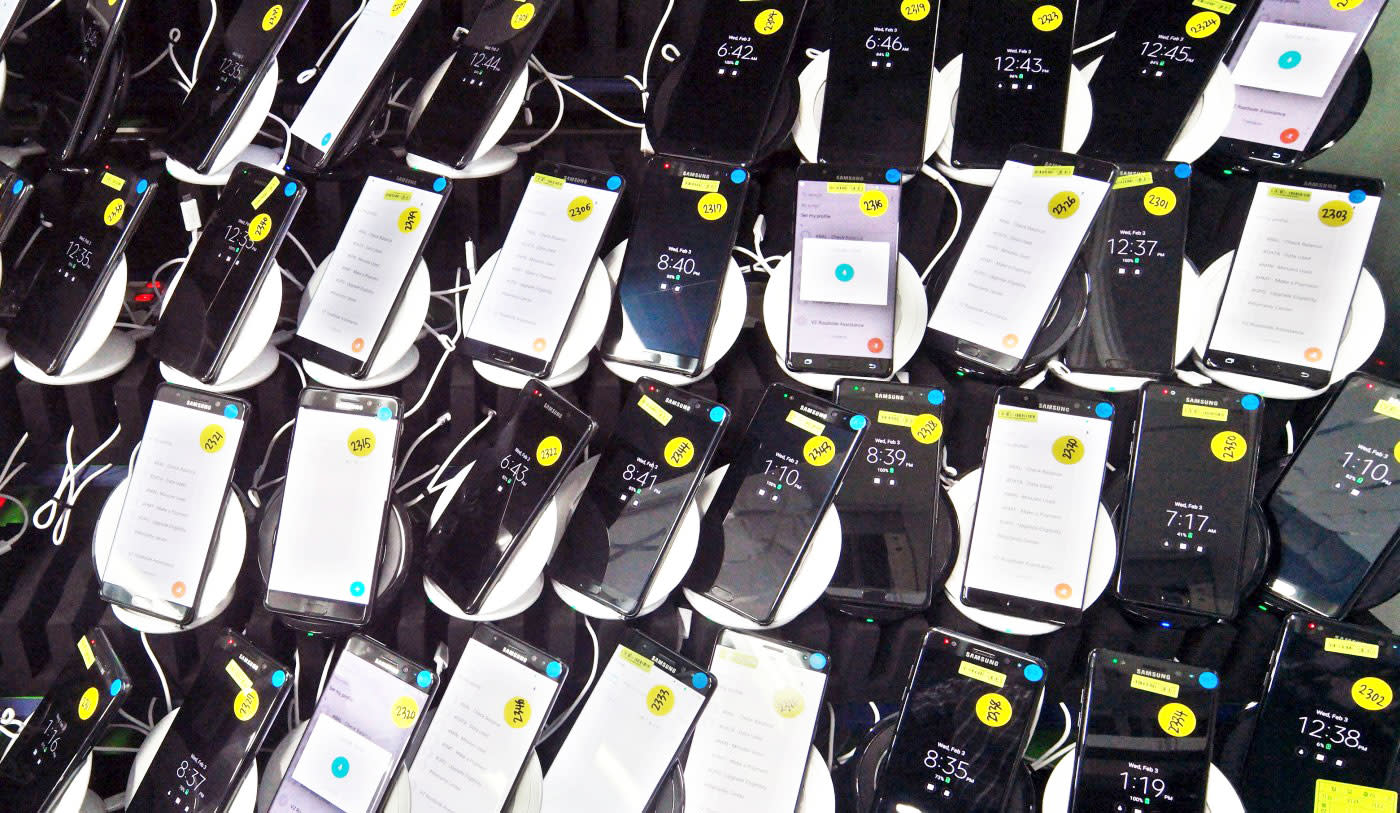 Even though Samsung has established a cause for those Galaxy Note 7 flare-ups, the device's story is not over. Korean outlet Hankyung reports that the company will sell the "refurbished" phones, but with smaller, less-explodey batteries inside. It doesn't sound like the devices will be returning to US or European markets (it's tough to imagine regulators reversing course on bans after the first recall and reissue), but they could be sold in India or Vietnam instead.

According to the report, Samsung has some 2.5 million Galaxy Note 7s left over after using 20,000 or so up in testing to determine the cause of the problem. The refurbished devices will have new cases, and batteries with a capacity between 3,000 and 3,200mAh (the phones initially contained a 3,500mAh battery). Reuters reported last month that the sale of refurbs is a possibility, and ZDNet Korea says it will also help the company avoid trouble with the government over junking all of the unused and returned phones.

In this article: battery, gadgetry, gadgets, galaxynote7, gear, mobile, recall, refurbished, samsung
All products recommended by Engadget are selected by our editorial team, independent of our parent company. Some of our stories include affiliate links. If you buy something through one of these links, we may earn an affiliate commission.