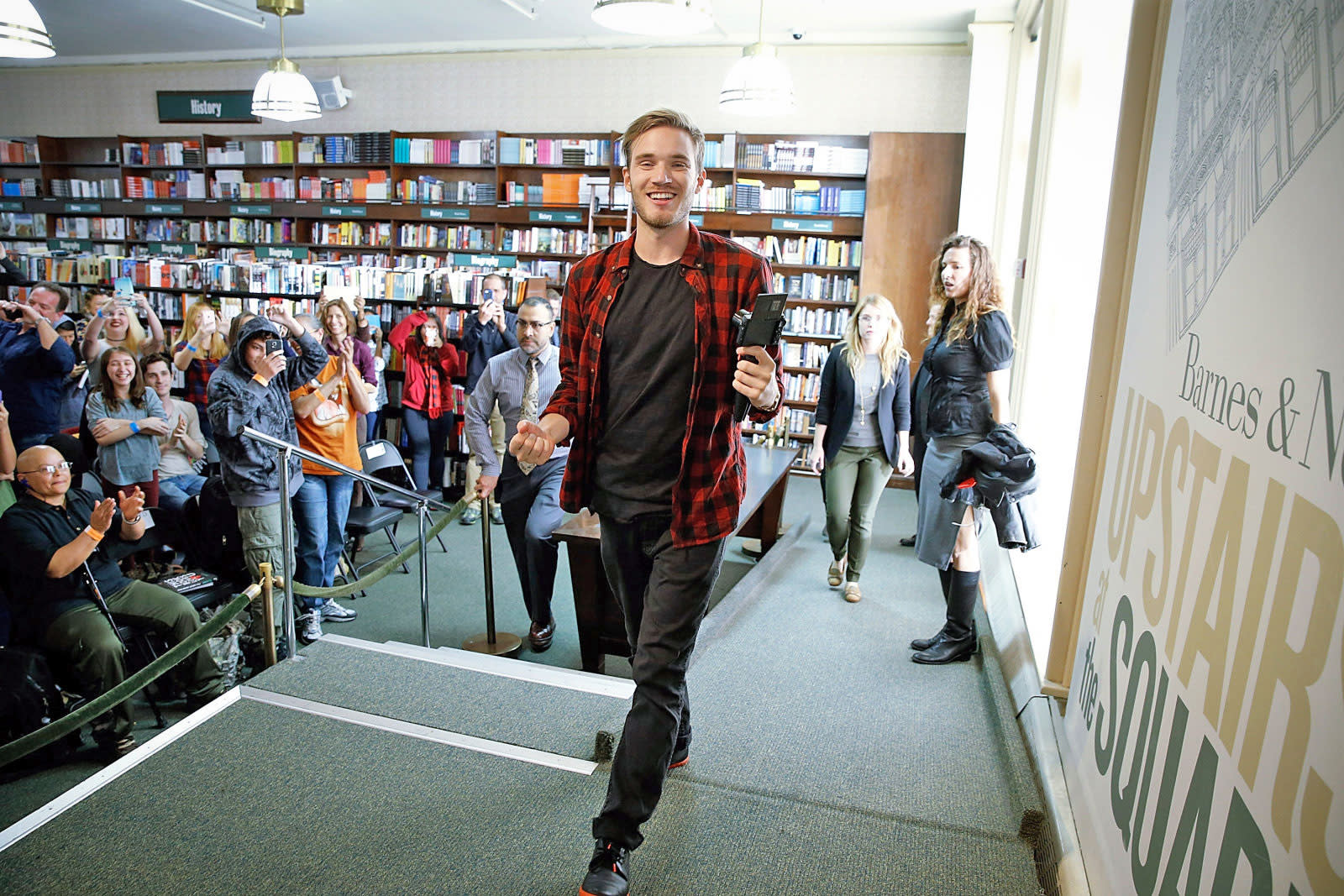 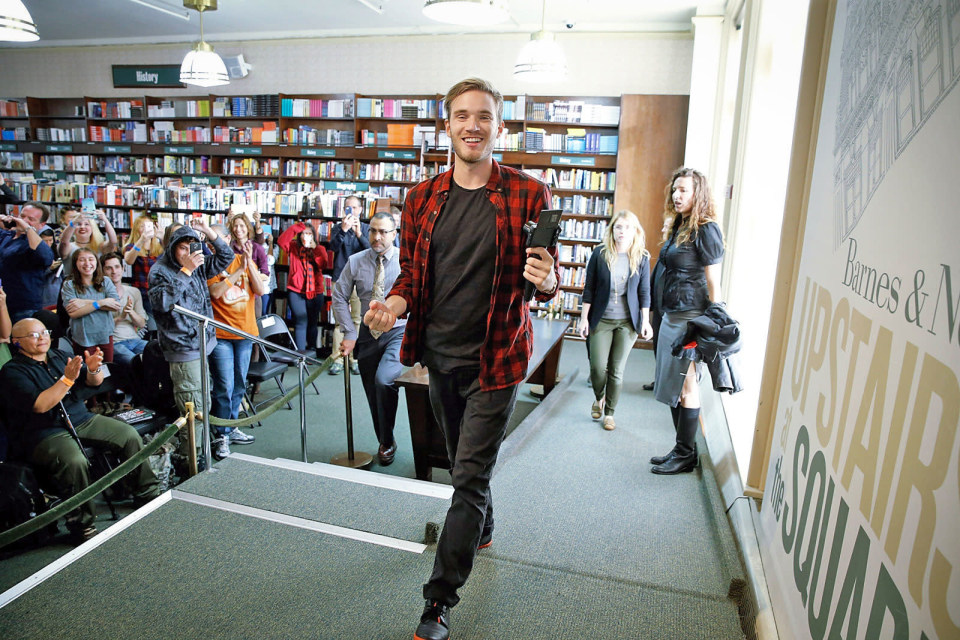 It's been a week since YouTube sensation Felix Kjellberg (better known as PewDiePie) had to face the music for the anti-Semitic jokes he made in several of his videos. In the fallout, PewDiePie lost his deal with Disney's Maker Studios, but the bigger blow came from YouTube directly. The company cancelled his original series Scare PewDiePie and also removed his channel from Google Preferred. That platform aggregates YouTube's top creators and makes it easier for brands to sponsor them. While PewDiePie can still run ads on his videos, his earnings will likely be negatively affected.

However, despite the storm of outrage that surrounded YouTube's biggest star last week, it seems PewDiePie may get out of this not much worse for the wear. He's published five videos to YouTube in the past week, one of which was an apology for his tasteless jokes. Each of these has pulled in millions of views, just like normal. If his subscriber numbers have gone down, it's been a drop in the bucket. He still has well over 53 million followers, making his channel the most popular on YouTube. To put it in perspective, megastars Justin Bieber and Taylor Swift have just 27 million and 21 million followers, respectively.

This massive popularity means that we shouldn't expect to see PewDiePie abandon YouTube anytime soon, despite the fact that he was complaining about the platform even before last week's dustup. Similarly, YouTube didn't take the stronger step of banning PewDiePie after his anti-Semitic videos, even though he probably did indeed violate the site's terms of service. PewDiePie is too valuable to YouTube and YouTube too valuable to PewDiePie for this couple to really break up.

Kjellberg said he made $7 million in 2014, and Forbes estimated that he made $12 million in 2015, thanks to his YouTube Red series as well as his book, which came out that year. Even though his earnings will likely decline as a result of his YouTube breakup, it's still good business for him to stay on the platform and keep doing what he does. In the short term, it doesn't seem his popularity has been affected by all of this bad attention. Indeed, his Facebook and YouTube pages are filled with the sort of "screw the haters" commentary you might expect from people who don't mind Nazi jokes. Sure, Kjellberg could head to a new platform and get some attention for doing so -- Facebook, with its video push, would be a logical destination. But there's no guarantee that his millions of followers would automatically follow him. He'd definitely suffer a viewership decline in the short term, and maybe forever. That translates into more money left on the table. As much of an issue as Pewds might have with YouTube, it's probably not severe enough to go through the trouble and cost of establishing his brand somewhere else.

As for YouTube's role in this, it's no surprise that it dropped PewDiePie's show and removed him from Google Preferred. But it's also not surprising that the company didn't take a stronger action. His channel is not only the most popular out there but also No. 1 by a huge margin. (This list is unofficial, but it checks out -- YouTube itself doesn't publicly release its most popular channels.) The second most popular channel, HolaSoyGerman, has 31 million followers. And PewDiePie's is the only independently run channel in the top 10.

All this is to say that, like it or not, PewDiePie is a big deal -- and that clout has helped him stay afloat through this controversy. YouTube might have banned a lower-profile user, but there's an incentive for the company to have him stick around, even if he's no longer officially endorsed. The company's guidelines say that it prohibits "gratuitous violence, nudity, dangerous and illegal activities, and hate speech," and you could certainly make the argument that PewDiePie's "jokes" fall into that last category.

YouTube also says that it quickly removes flagged material and will terminate the account of repeat violators. While PewDiePie has included some tasteless Nazi references in now-deleted videos, it feels like YouTube cancelling his show came as a direct result of his video in which he hired a pair of Indian men from quick-task service Fiverr to hold a banner that said "Death to all Jews."

YouTube declined to comment on specific moderation for specific accounts, but while the company would be within its rights to shut his channel down, banning the platform's most popular user is no small matter. It would have made the controversy much more public and newsworthy and would have energized PewDiePie's army of followers. It's not hard to imagine YouTube being cast in the role of the overbearing censor stepping on free speech. What's best for YouTube's business here is to remove the offending videos, sever its professional relationship with PewDiePie and move on.

That's exactly what has happened, and it looks like things will be business as usual for both parties. At least for now: PewDiePie's propensity for shooting his mouth off and attracting negative attention means YouTube is going to have to keep a close eye on him. The next time he posts a careless or insensitive video, it could be bad enough that YouTube will have to make the difficult decision of banning its most popular creator. However, there's enough money on the table that we're guessing PewDiePie plays it straight for the time being.

In this article: culture, editorial, google, internet, pewdiepie, youtube, youtubers
All products recommended by Engadget are selected by our editorial team, independent of our parent company. Some of our stories include affiliate links. If you buy something through one of these links, we may earn an affiliate commission.