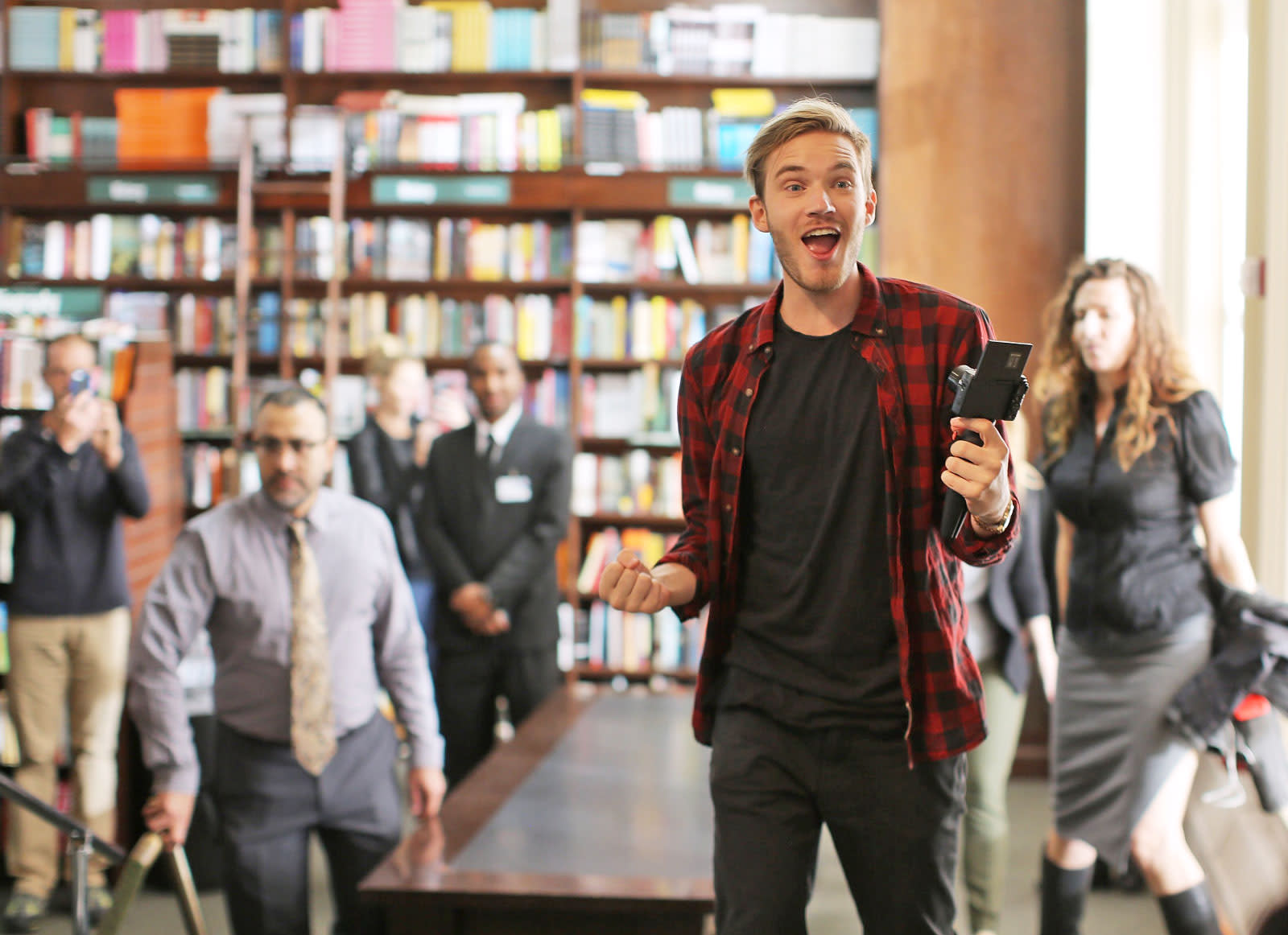 Just hours after Disney-owned Maker Studios severed ties with Felix "Pewdiepie" Kjellberg for broadcasting anti-semitic messages, the Swedish-born vlogger has now lost support from another key supporter: YouTube. A company spokesperson confirmed today that the second season of Kjellberg's original series Scare PewDiePie has been cancelled, meaning it will not appear on the YouTube Red subscription service.

Pewdiepie, who operates YouTube's most popular channel with more than 53 million followers, recently posted a video that showed two Indian men he had hired using task service app Fiverr holding up a banner that said "Death to all Jews." The videos have since been removed, although it is not clear whether YouTube or Kjellberg facilitated their withdrawal.

On top of the cancellation, his channel has also been removed from Google Preferred, an advertising platform that aggregates content from YouTube's top creators and makes it easier for brands to sponsor them. Kjellberg will still be able to run ads against his videos, but will likely see a drop in revenue as brands pay extra to reach targeted audiences of a Preferred creator.

In a now-deleted video, the YouTuber defended his actions: "What I just think -- and I believe strongly in -- is that it is 2017 now. We're going to have to start separating what is a joke, and what is actually problematic. Is a joke actually pure racism? Is something that would be considered a joke purely homophobic, or anti-semitic and all these things? Context fucking matters."

YouTube guidelines state that while it encourages free speech and defends uploaders' rights to express unpopular points of view, it doesn't permit hate speech. "There is a fine line between what is and what is not considered to be hate speech," it says on its website. "For instance, it is generally acceptable to criticise a nation state, but not acceptable to post malicious, hateful comments about a group of people solely based on their race."

Pewdiepie is no stranger to controversy, having previously had his Twitter account temporarily suspended for claiming he had joined ISIS ("as a joke") and later vowed to delete his entire channel (he didn't). While the events of the past 24 hours will likely do nothing to stop the growth of his fanbase, his actions may limit his ability to profit from them in the future.

In this article: advertising, antisemitic, entertainment, felixkjellberg, google, googlepreferred, internet, joke, pewdiepie, youtube
All products recommended by Engadget are selected by our editorial team, independent of our parent company. Some of our stories include affiliate links. If you buy something through one of these links, we may earn an affiliate commission.