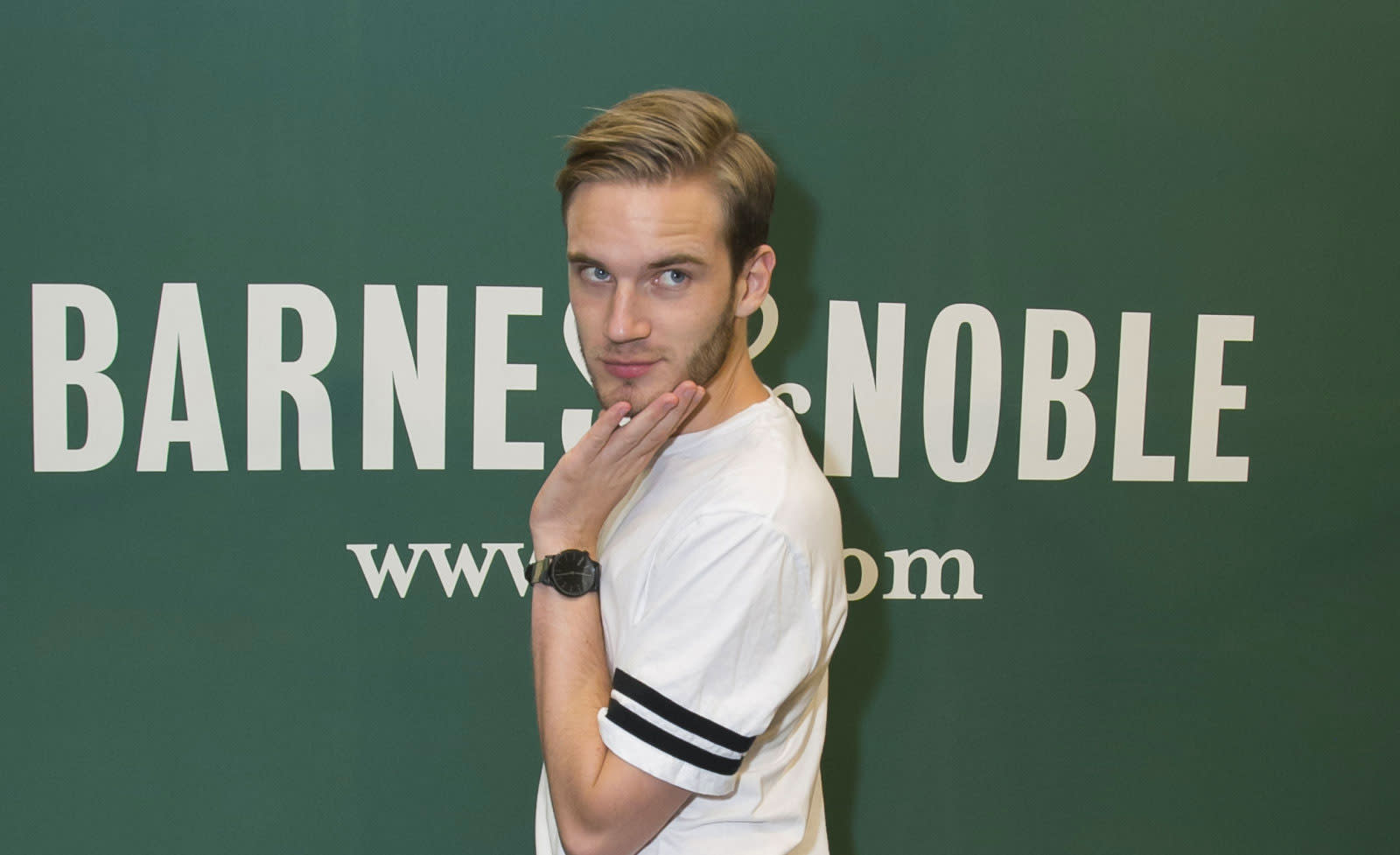 Yesterday, popular YouTube personality PewDiePie made minor headlines for losing his Twitter verification checkmark. Today, he was briefly suspended for the service. "I did this yesterday as a joke," he explained on Youtube, teasing users who view Twitter verification as a status symbol. "But then America woke up and that's when shit got stupid." Overnight, Kjellberg says an account parodying Sky News posted a fake news story claiming he lost his verification status for having "suspected relations with ISIS." Later, the YouTuber referenced the article on Twitter, joking that both he and JackSepticEye had joined the terrorist organization. Later, his account Twitter account was suspended.

We reached out for Twitter for details, but got back the usual: "We don't comment on individual accounts for privacy and security reasons." Since then, PewDiePie's Twitter presence has been restored -- albeit in a reduced capacity. At the time of this writing, the account's million followers has been reduced to mere hundreds, and Kjellberg's timelines is missing thousands of Tweets. Maybe it can be taken as a lesson: Don't Tweet about being a terrorist. Even in jest.

In this article: culture, felixkjellberg, gaming, hdpostcross, internet, isis, letsplay, pewdiepie, streaming, Twitter, twitterverification, verification, youtube, youtuber
All products recommended by Engadget are selected by our editorial team, independent of our parent company. Some of our stories include affiliate links. If you buy something through one of these links, we may earn an affiliate commission.