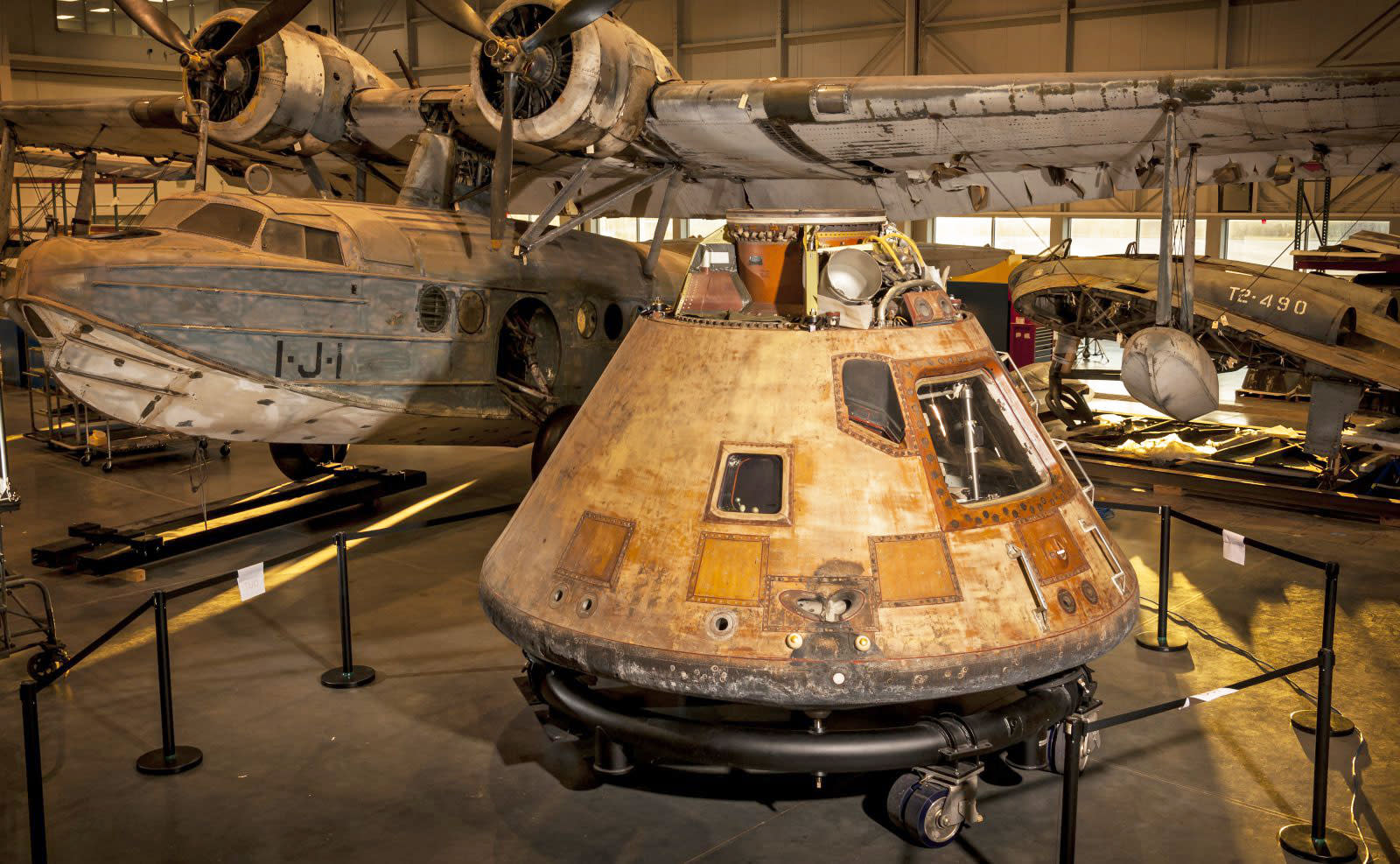 The Apollo 11 space capsule was displayed around the country in 1970 and 1971, shortly after it safely brought Neil Armstrong, Buzz Aldrin and Michael Collins back from their iconic 1969 moon trip. Since then, the command module has lived in the Smithsonian's National Air and Space Museum. Over the next few years, though, the spacecraft will get some fresh air as it embarks on its first national tour in nearly half a century.

The traveling exhibit, called "Destination Moon: The Apollo 11 Mission," will reach four US cities in 2018 and 2019, the lunar mission's 50th anniversary year. All told, the display will include the space capsule, along with other "one-of-a-kind artifacts." The exhibition's locations and dates are as follows:

Once the module is off the road, it will return to its home at the National Air and Space Museum in Washington, DC. There, it will be part of a permanent "Destination Moon" exhibit, which opens in 2020 and will explore humanity's relationship with lunar travel from ancient times to today.

The space capsule isn't exactly easy to transport or host: Smithsonian Institution Traveling Exhibition Service project director Kathrin Halpern told NPR that the module weighs over 13,600 pounds. She added that for these and other reasons, this tour is "likely a once-in-a-lifetime opportunity" to see this historic spacecraft outside of Washington, DC. So enjoy it while you can, since it's not a giant leap to say it will be awhile before Apollo 11 leaves the Smithsonian museum again.

In this article: Apollo11, BuzzAldrin, DestinationMoon, MichaelCollins, moon, MoonLanding, MuseumOfFlight, nationalairandspacemuseum, NeilArmstrong, science, SenatorJohnHeinzHistoryCenter, Smithsonian, space, SpaceCenterHouston, StLouisScienceCenter, WashingtonDc
All products recommended by Engadget are selected by our editorial team, independent of our parent company. Some of our stories include affiliate links. If you buy something through one of these links, we may earn an affiliate commission.