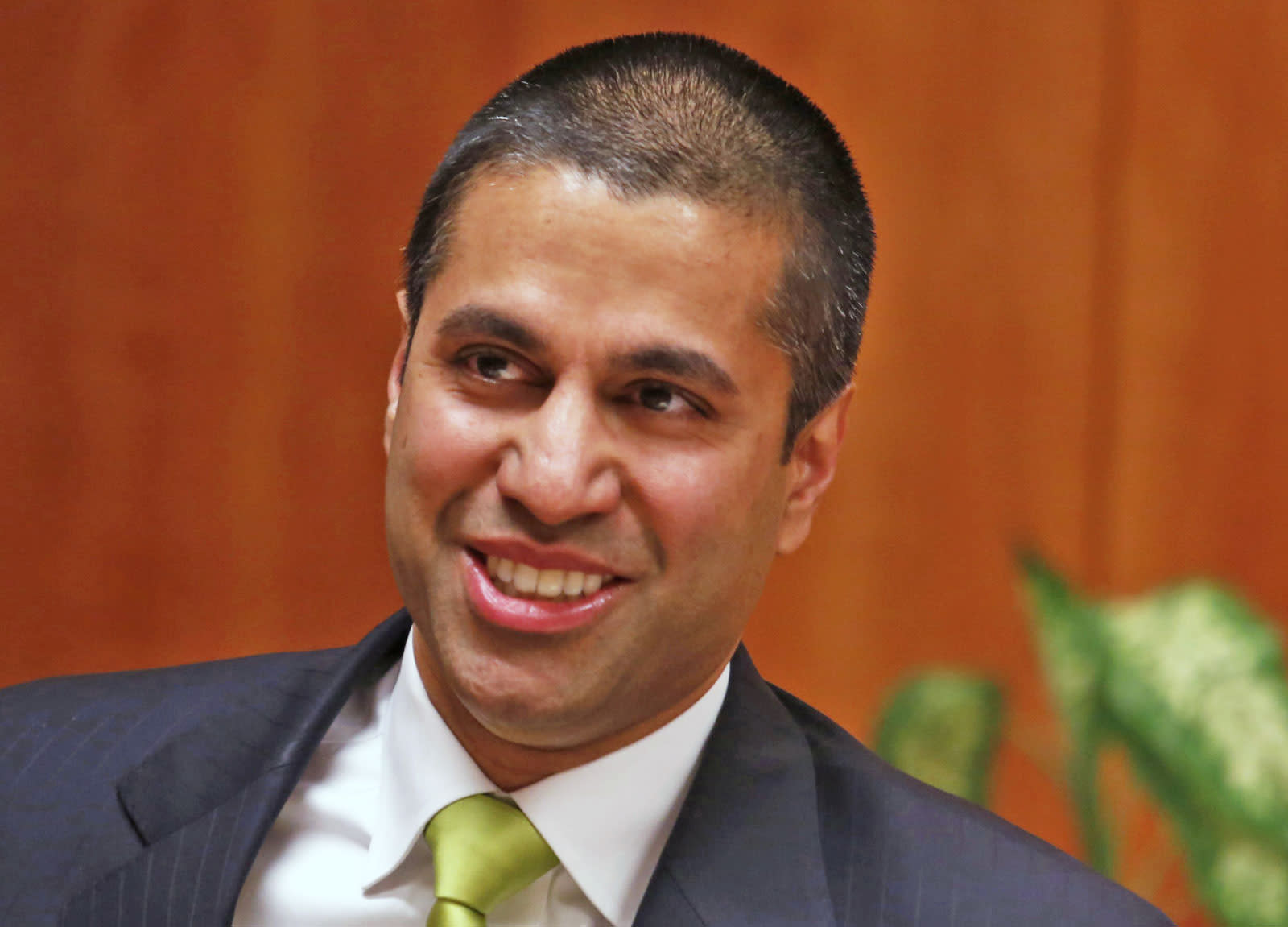 In the latest chip at net neutrality, Federal Communications Commission has Chairman Ajit Pai has moved to put a halt to a set of privacy rules designed to shield customers' personal data from internet service providers.

The rules were approved by the FCC under former Chairman Tom Wheeler back in October and would have required an ISP to ask for a user's explicit permission before collecting data on browsing habits, app usage and location or financial information. They were set to take effect on March 2nd, but Chairman Pai has effectively put a stop to them until another vote can be held. In a statement, an FCC spokesperson justified Pai's move claiming that they favored "one set of companies over another" and were "not consistent" with the Federal Trade Commission's own privacy standards. "Therefore," the statement reads, "[Chairman Pai] has advocated returning to a technology-neutral privacy framework for the online world and harmonizing the FCC's privacy rules for broadband providers with the FTC's standards for others in the digital economy."

On the other hand, FCC Commissioner Mignon Clyburn and FTC Commissioner Terrell McSweeny released their own joint statement, rebutting Pai's decision, claiming it puts consumers at risk and will allow broadband companies to misuse their personal information. "Chairman Pai is determined to take action that leaves consumers without a cop on the beat protecting their personal information from misuse by their broadband service provider," Clyburn and McSweeny wrote. "This means no federal data security requirements whatsoever for broadband providers. This is the antithesis of putting #ConsumersFirst."

In this article: ajitpai, broadbandprivacyrules, culture, FCC, internet, InternetPrivacy, NetNeutrality, NetNeutralityRules, politics
All products recommended by Engadget are selected by our editorial team, independent of our parent company. Some of our stories include affiliate links. If you buy something through one of these links, we may earn an affiliate commission.