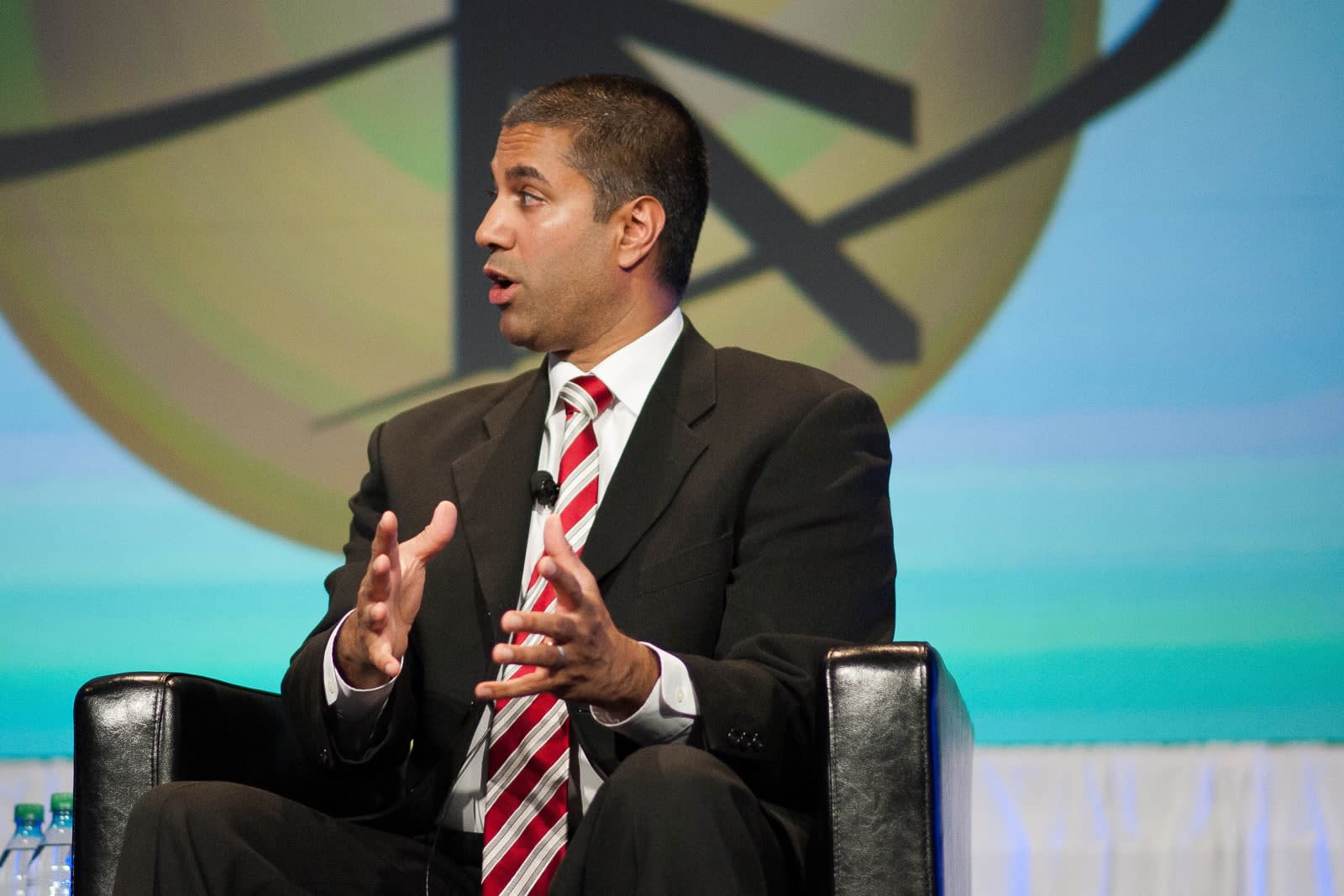 Last month, AT&T revealed how it might structure its deal to acquire Time Warner without having to go through FCC review. The communications giant noted that it "anticipated that Time Warner will not need to transfer any of its FCC licenses ... after the closing of the transaction." That means that the FCC wouldn't need to review the transaction, and today FCC commissioner Ajit Pai confirmed that his agency would indeed not likely look at AT&T's purchase.

"That is the regulatory hook for FCC review," Pai said in an interview with The Wall Street Journal. "My understanding is that the deal won't be presented to the commission." The WSJ notes that this would leave the Justice Department as the only governmental agency reviewing the potential deal. Time Warner has said that it has "dozens" of FCC licenses, but the company believes those won't need to be transferred to AT&T as part of the merger, thus keeping the FCC out of the deal.

When reached for comment, an FCC spokesperson said the agency had no additional information to share beyond confirming Pai's comments to the WSJ.

The fact that the FCC likely won't review the transaction doesn't mean that the merger will necessarily go through -- there's a lot of opposition to it from consumer advocacy groups, and President Donald Trump has said he opposes the deal on multiple occasions. The president hasn't commented on it since taking office, however. As AT&T's failed purchase of T-Mobile showed us, there's a lot that can go wrong in these mega-mergers, but AT&T still expects the deal to close this year.

In this article: ajitpai, att, ATTbuysTimeWarner, business, FCC, gear, internet, mobile, timewarner
All products recommended by Engadget are selected by our editorial team, independent of our parent company. Some of our stories include affiliate links. If you buy something through one of these links, we may earn an affiliate commission.