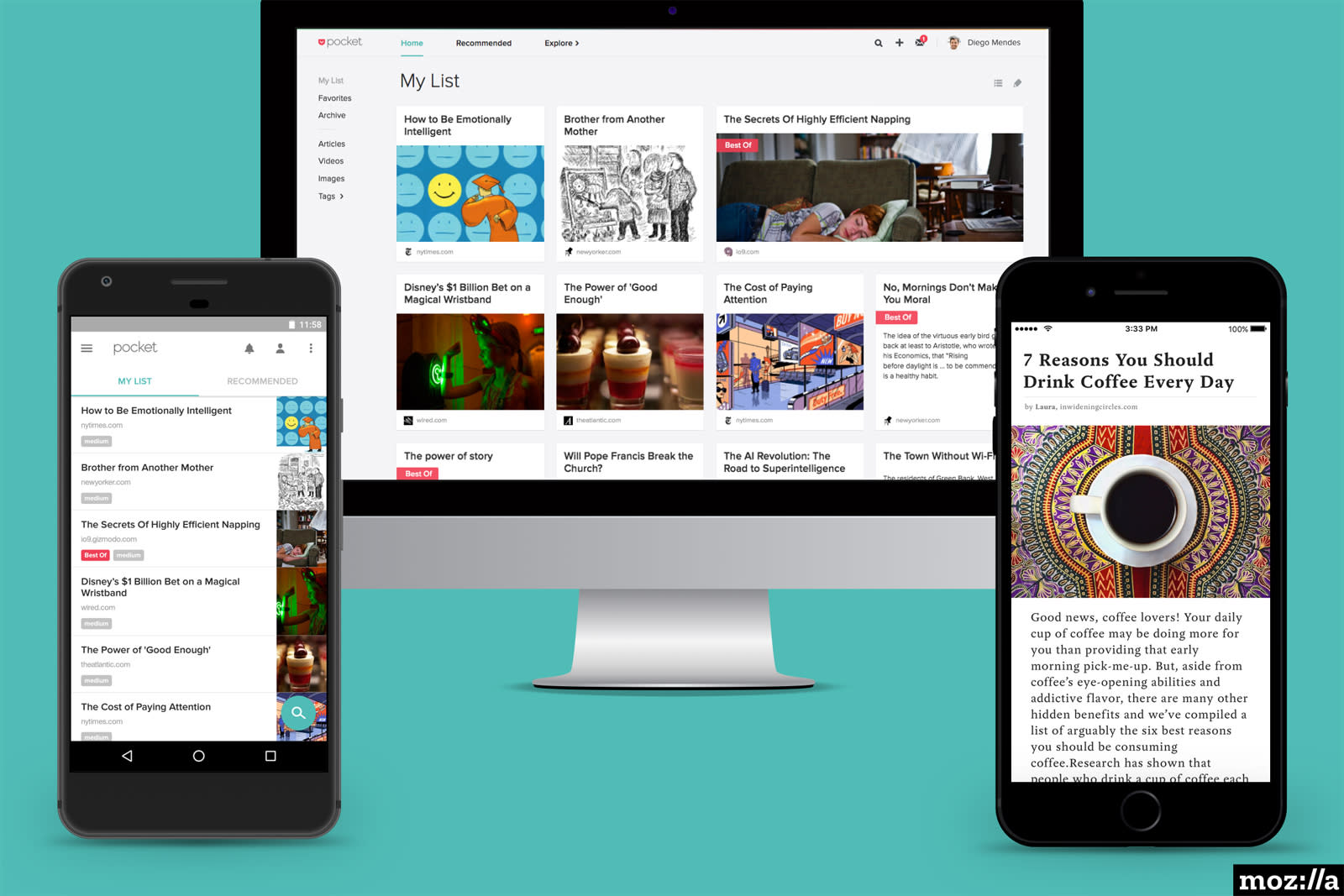 More than one save-it-for-later service is finding a new owner these days -- Mozilla has acquired Read It Later, the developer behind Pocket. The service will be treated as a product separate from (but of course, complementary to) Firefox, and will fold into Mozilla's open source project. It's also poised to give a boost to Mozilla's Context Graph strategy, which uses related knowledge to help you find what you're really looking for on the web.

The reasons behind the move are both ideological and pragmatic. If you ask Mozilla chief Chris Beard, it's a way of "fighting against the rising tide" of walled gardens online. This helps you share web material regardless of the platform you're on, he says. However, it's also a simple matter of growing Mozilla's mobile footprint. Firefox is one of the bigger browsers in the smartphone world, but it's still small relative to Chrome or Safari. Pocket puts Mozilla's brand in front of more people, and might just give them an incentive to try Firefox when they'd otherwise have given it a pass.

In this article: acquisition, app, culture, gear, internet, mozilla, pocket, readitlater, services, software, web
All products recommended by Engadget are selected by our editorial team, independent of our parent company. Some of our stories include affiliate links. If you buy something through one of these links, we may earn an affiliate commission.