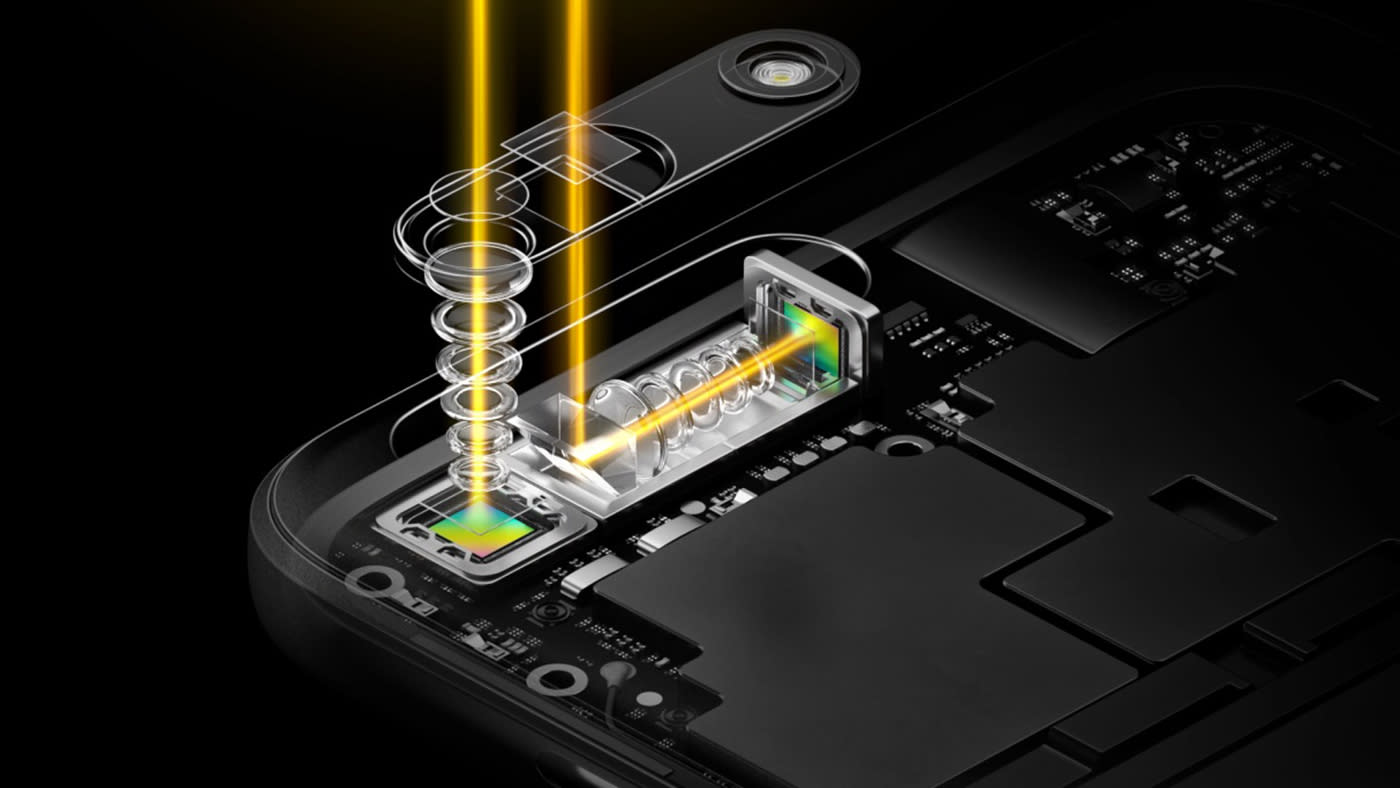 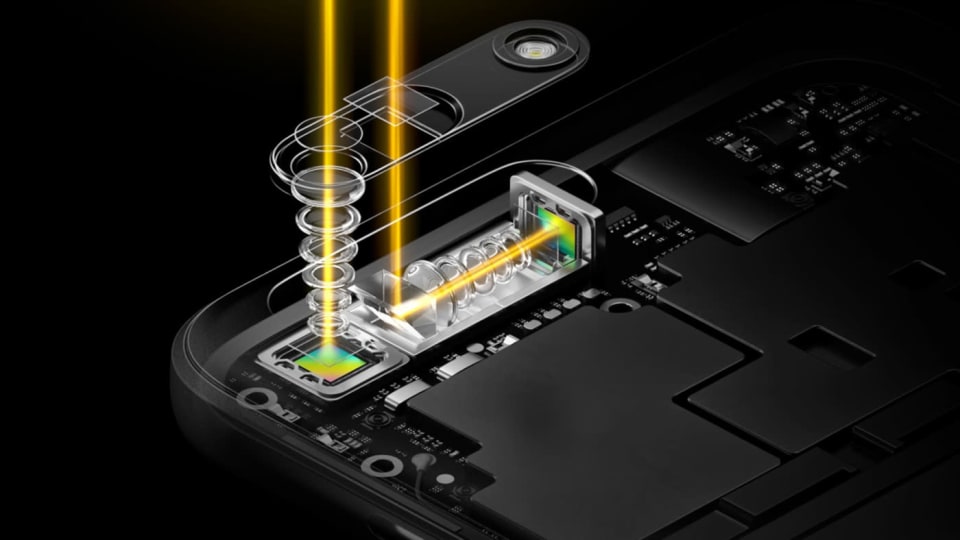 The dual-camera craze is real at Mobile World Congress, but Oppo decided to break from the pack with its own, very clever implementation. Long story short: the company managed to build a 5x "lossless" zoom system for smartphones using two sensors and a zoom mechanism inspired by periscopes. The latter part is nothing new, of course: 'tis a feature which was once common on compact digital cameras, and ASUS even applied this to its ZenFone Zoom last year. Oppo's implementation, however, takes things up a notch.

See, Oppo's telephoto lens is actually mounted horizontally inside the camera module and moves sideways through the top of a phone's body. When you're taking a photo, light enters the module and gets reflected by a prism into that waiting lens. Oppo's optical image stabilization is similarly impressive, the prism and the telephoto lens move around to compensate for shaky hands on the fly.

(Update: I just tried a demo version of the 5x camera in a tester phone, and it was pretty damned great. Oppo had a blind taste test going on, and while the disguised iPhone 7 Pluses had the edge in colors, the 5x camera produced much clearer results throughout the test.)

Anyway, Oppo's design -- which it licensed from another company and worked on independently for more than a year -- makes for a camera module that's only 5.7mm thick. It takes up a decent chunk of space in modern, super-slim smartphones, but we're told many other 2x optical zoom lens setups are slightly thicker anyway. If Oppo's photographic results are as good as the company claims, smartphone junkies in the company's native China will probably go nuts. (Don't forget: Oppo currently holds the number one spot in Chinese mobile market share and fourth worldwide.)

Chances to such a camera making it to parts of the world Oppo doesn't service -- like, say, the United States -- aren't nil. After all, the company licensed the original design from someone else, so it's possible a more globally minded smartphone maker could take the same route. Then again, Oppo has filed about 50 patents to keep this particular approach locked down, so who knows. Hopefully we'll get lucky someday.

In this article: 5x, camera, dualcamera, gear, mobile, mobileworldcongress, mwc2017, oppo
All products recommended by Engadget are selected by our editorial team, independent of our parent company. Some of our stories include affiliate links. If you buy something through one of these links, we may earn an affiliate commission.