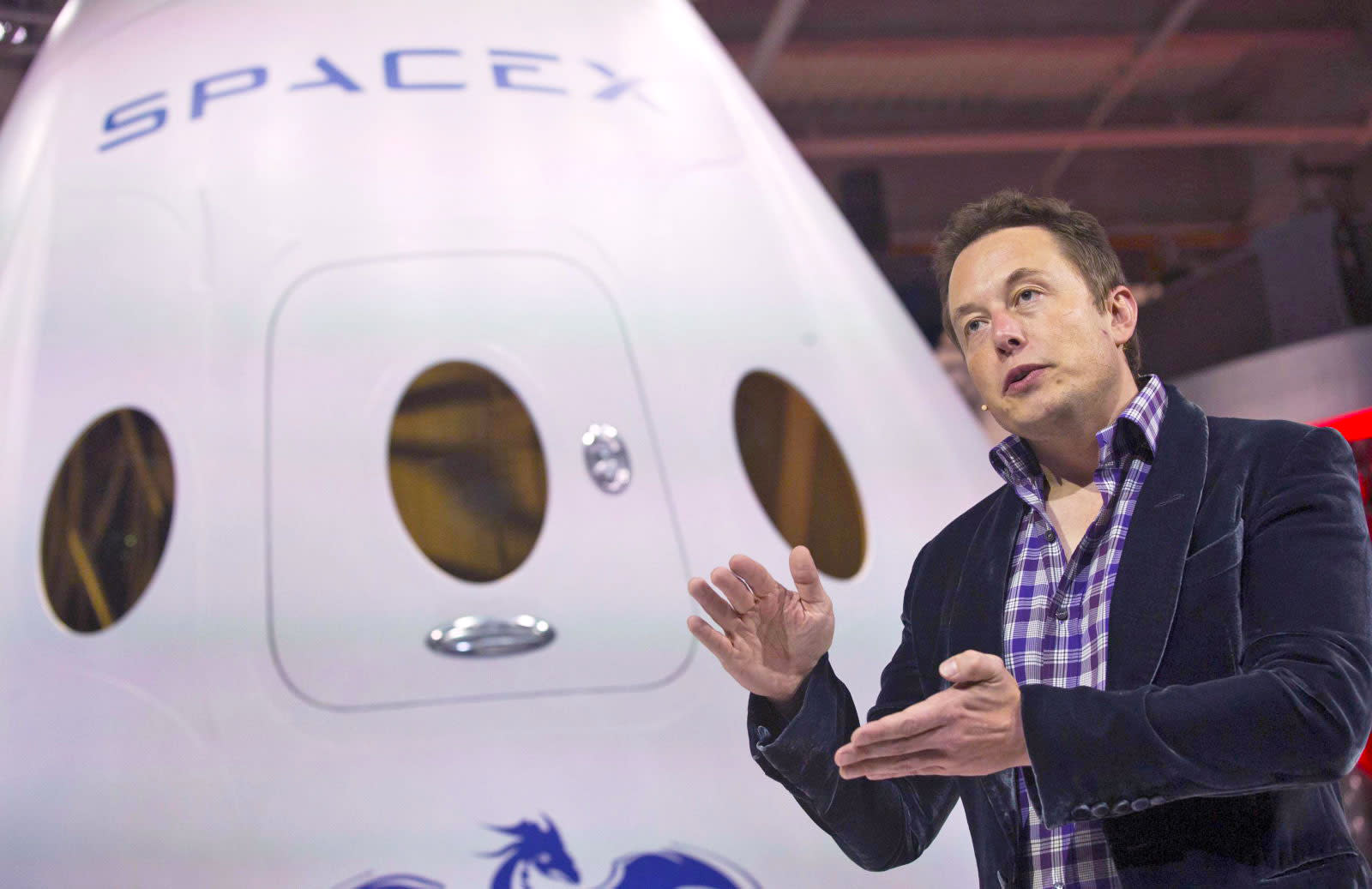 It's been a long time since humans orbited the moon -- but Elon Musk's SpaceX is going to try and change that next year. The company just announced that two private citizens approached SpaceX about a trip to the moon for late 2018. The two potential space travelers have already paid a "significant" deposit and SpaceX expects health and fitness tests along with initial training to take place this year. There's no word on how much the travelers will pay, nor who the two individuals are, just yet, but SpaceX also says that other flight teams are interested in similar trips -- if this first voyage works, we could see a whole sequence of trips around the moon in the near future.

SpaceX was careful to note that there's no moon landing being attempted here. But still, this will be the first time in 45 years humans return to deep space, and the company says that these travelers will go further into the solar system than any humans have before. CNBC reports that the trip will take about a week. SpaceX CEO Elon Musk says that the trip will "skim the surface of the moon, go quite a bit further out into deep space," and then return to earth.

The trip will use SpaceX's Dragon capsules, which the company says were "designed from the beginning to carry humans." For starters, an initial Dragon capsule will be sent unmanned to the International Space Station, with a manned mission to follow in Q2 of 2018. These will be part of the four annual missions to the ISS that SpaceX has contracted with NASA to carry out; once those missions are underway, the private manned mission to the moon will take place.

Fittingly, this mission will take off from Kennedy Space Center's Pad 39A near Cape Canaveral, the same pad used to launch the Apollo missions way back in the '60s and '70s.

In this article: 2018, ElonMusk, moon, moonbasealpha, science, space, spacetourism, spacex, tomorrow
All products recommended by Engadget are selected by our editorial team, independent of our parent company. Some of our stories include affiliate links. If you buy something through one of these links, we may earn an affiliate commission.