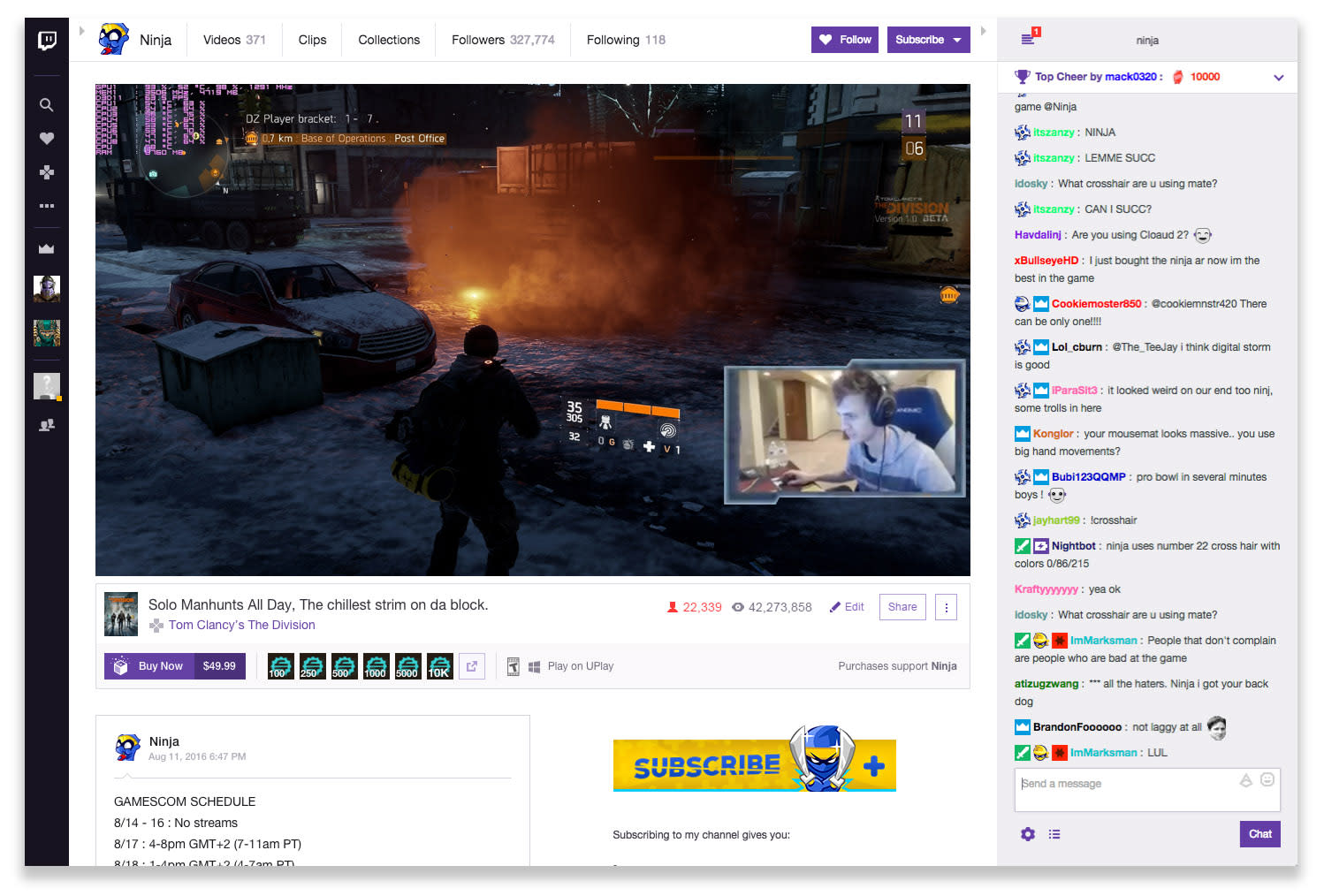 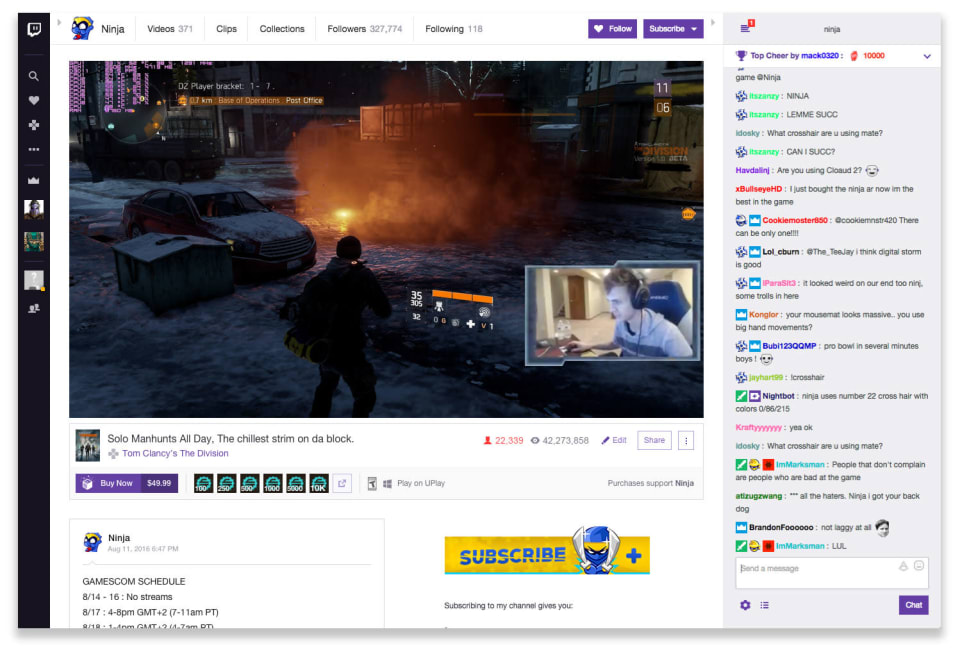 Twitch has a dilemma -- it can get you fired up about a game, but then you've got to head off to Steam or another site when it comes time to buy (insert sad trombone sound). However, the Amazon-owned streaming outfit has some big news that changes all that. Starting this spring, you'll be able to purchase games directly from Twitch -- if you're watching a stream about Tom Clancy's The Division, for instance, you can click on a "buy now" button directly below the stream, as shown above.

Games can also be purchased on the "details" page for a given title. They can then be downloaded and played via the existing Twitch launcher desktop app (which arrived with Twitch Prime) or via publishers' services like Uplay. Buyers will also get "Twitch Crates" rewards that differ from standard loot boxes with Twitch-centric emotes, chat badges and "Bits for Cheering."

Twitch says it will make "dozens" of games available from both AAA and indie studios including Telltale Games, Ubisoft, Digital Extremes, Hi-Rez Studios, tinyBuild, Paradox Interactive, and others. (There's no comprehensive list of titles yet, however.)

Developers get 70 percent of the money, streamers earn a 5 percent take and the rest, we presume, goes to Twitch. "By allowing viewers to help support their favorite streamer just by buying a game on Twitch, we're able to help strengthen the community that has done so much for us," says Telltale Games SVP Steve Allison.

Amazon has been using the Twitch launcher to sell indie and other titles, but it was pretty clear that it would eventually become a Steam competitor. Amazon has been making a steady foray into gaming with its Lumberyard game development engine, for instance, and already hosts a large number of social gaming platforms on its massive AWS server network.

One of the perks of Amazon Prime is free access to Twitch Prime. Given the large number of Amazon Prime users and Twitch streamers in general, it's not hard to see how Twitch games sales could become a headache to Steam and other distribution platforms. On top of that, Twitch is promoting it as a way for its community to pay both streamers and developers (as shown in the video above), something that might motivate gamers to buy from Twitch, all else being equal.

Sales will launch in spring 2017 for English language versions of games only, in US dollars, with the service rolling out to other countries "later in the year."

In this article: av, Badgets, Chat, Games, gaming, Ordering, Streaming, Twitch, TwitchCrates, video
All products recommended by Engadget are selected by our editorial team, independent of our parent company. Some of our stories include affiliate links. If you buy something through one of these links, we may earn an affiliate commission.