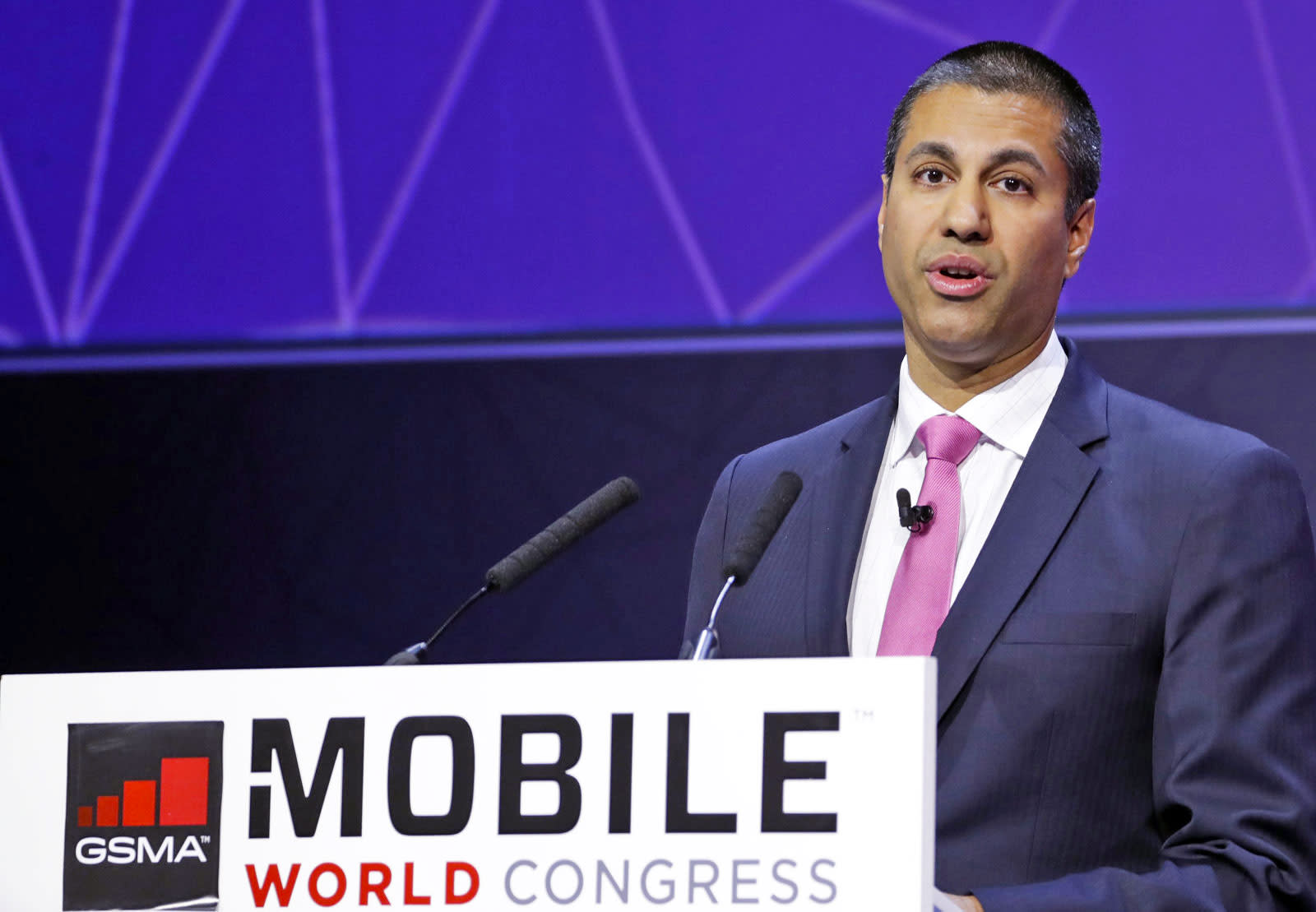 New FCC chairman Ajit Pai has made his views on net neutrality clear in the past: He's against it. But today at Mobile World Congress, Pai gave a wide-ranging speech in which he made his most pointed comments against net neutrality since taking over as chairman. When discussing the rules put into place in early 2015, Pai said they were "a mistake" and praised "light touch" internet regulation -- something that's sure to be on the FCC's agenda going forward.

Pai also said that the new approach "injected tremendous uncertainty" into the broadband marketplace and made mention of the fact that the country saw its first-ever decline in broadband investment (outside of a recession) under the laws put into place in 2015. But, he thinks his leadership will turn that around.

"Today, the torch at the FCC has been passed to a new generation, dedicated to renewal as well as change," Pai said. "We are confident in the decades-long, cross-party consensus on light-touch Internet regulation -- one that helped America's digital economy thrive. And we are on track to returning to that successful approach." How exactly the FCC is "on track" to return to the times before net neutrality remains unclear, but we'll certainly be watching to see how the agency plans to take us back.

Pai also pointed to the FCC's decision to stop investigating "zero-rating" plans (which give consumers access to select services on various wireless or broadband providers without it affecting any data caps) as evidence that a new, hands-off approach would be better. That's because in the weeks following that decision, both Verizon and AT&T brought back unlimited data plans after not widely offering them to customers for years.

Free-data plans have proven to be popular among consumers, particularly those with low incomes, because they allow consumers to enjoy content without data limits or charges. They have also enhanced competition," Pai said. "Nonetheless, the FCC had put these plans under the regulatory microscope... But the truth is that consumers like getting something for free, and they want their providers to compete by introducing innovative offerings. Our recent decision simply respected consumers' preference."

The connection between the end of the zero-rating investigation and the introduction of unlimited plans seems to be little more than timing, however. Unlimited data has been a competitive advantage that T-Mobile (and to a lesser extent Sprint) have enjoyed over Verizon and AT&T for a while now, and there's evidence that it was beginning to hurt Verizon's bottom line. Verizon and AT&T would have been free to bring back unlimited data regardless of whether or not the FCC investigated zero-rating plans.

But Pai continues to paint a picture of net neutrality rules that classify the internet as a utility as a backwards approach. "Rules developed to tame a 1930s monopoly were imported into the 21st century to regulate the internet," Pai said while also calling the net neutrality ruling a "last-century" bit of regulation. It's still early days for Pai's leadership over the FCC, but it sounds like it won't be long before we find out how he plans to roll back the protections put in place in 2015.

In this article: ajitpai, culture, internet, mwc2017, netneutrality, TL17NETNEUT, unlimiteddata, zerorating
All products recommended by Engadget are selected by our editorial team, independent of our parent company. Some of our stories include affiliate links. If you buy something through one of these links, we may earn an affiliate commission.