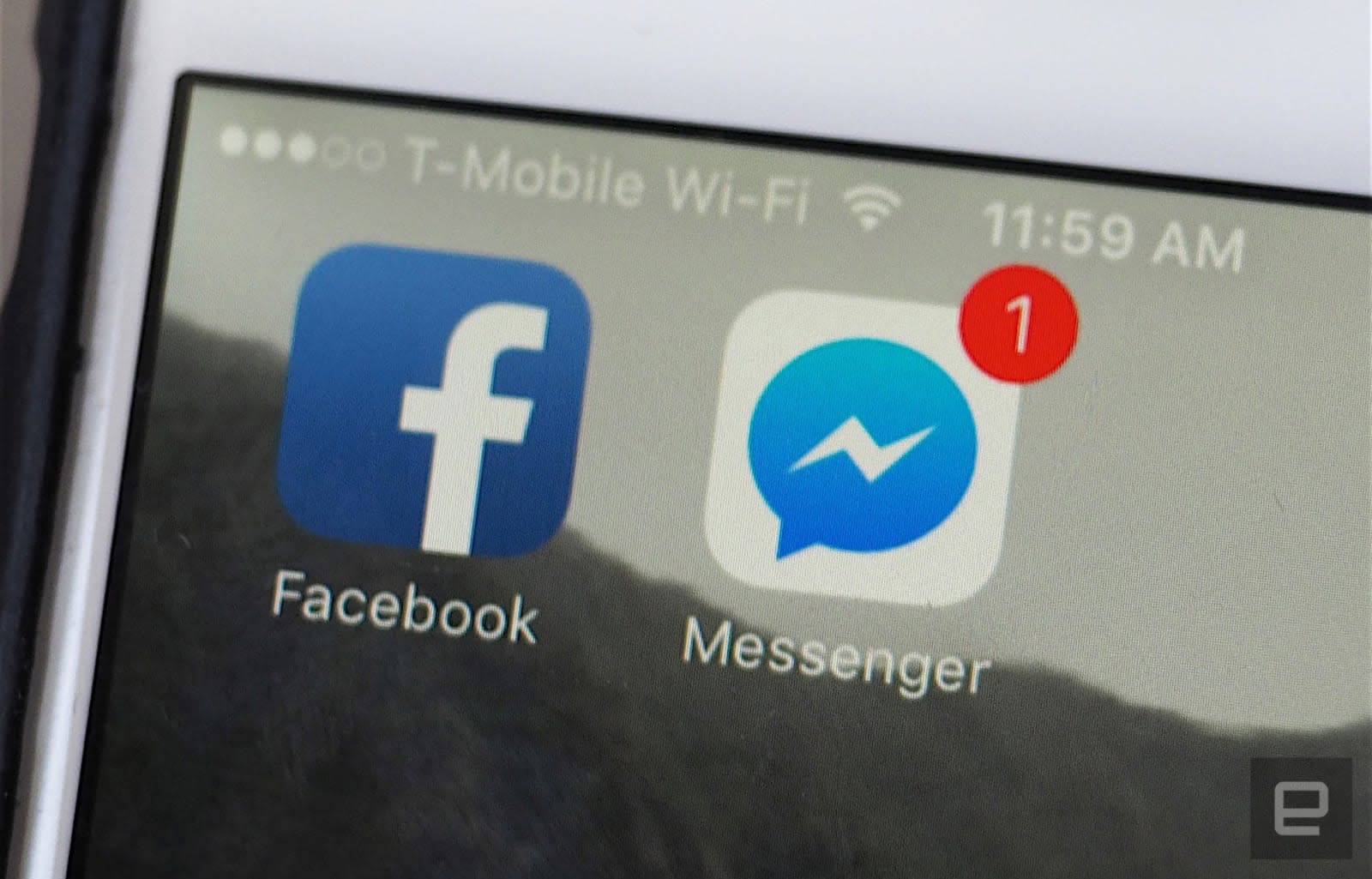 Facebook's reactions are thriving in your News Feed, and it now looks like the company wants to spread them to Messenger, too. The social network has confirmed to TechCrunch that it's testing the ability to add reactions to individual messages, much as you would with stickers in Apple's iMessage system or Slack's team chats. The experiment has all the icons you'd expect from conventional Facebook posts (five emotions plus a thumbs-up), but also a thumbs-down -- this is the closest you may get to that mythical Facebook "dislike" button. This would help tally up votes for a place to eat, for example, or share your response if you're a little late to reply with text.

There's no guarantee that you'll see reactions any time soon. Facebook describes this as a "small test" and isn't committing to a launch any time soon, assuming it goes forward. However, it'd make sense to beef up both Messenger and Workplace, Facebook's Slack-alike.

In this article: chat, facebook, facebookmessenger, gear, internet, messaging, messenger, mobile, reactions, socialnetwork, socialnetworking
All products recommended by Engadget are selected by our editorial team, independent of our parent company. Some of our stories include affiliate links. If you buy something through one of these links, we may earn an affiliate commission.