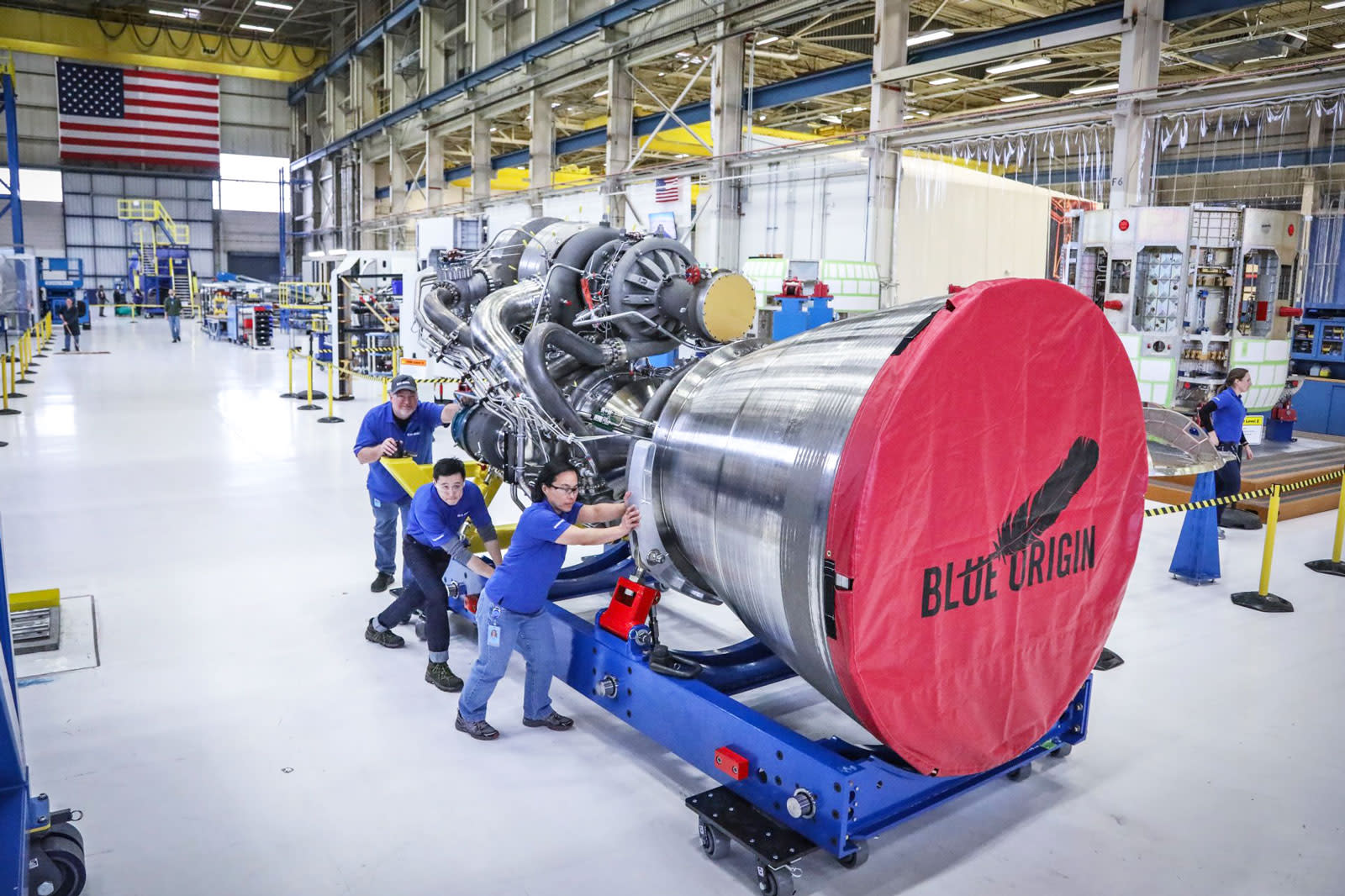 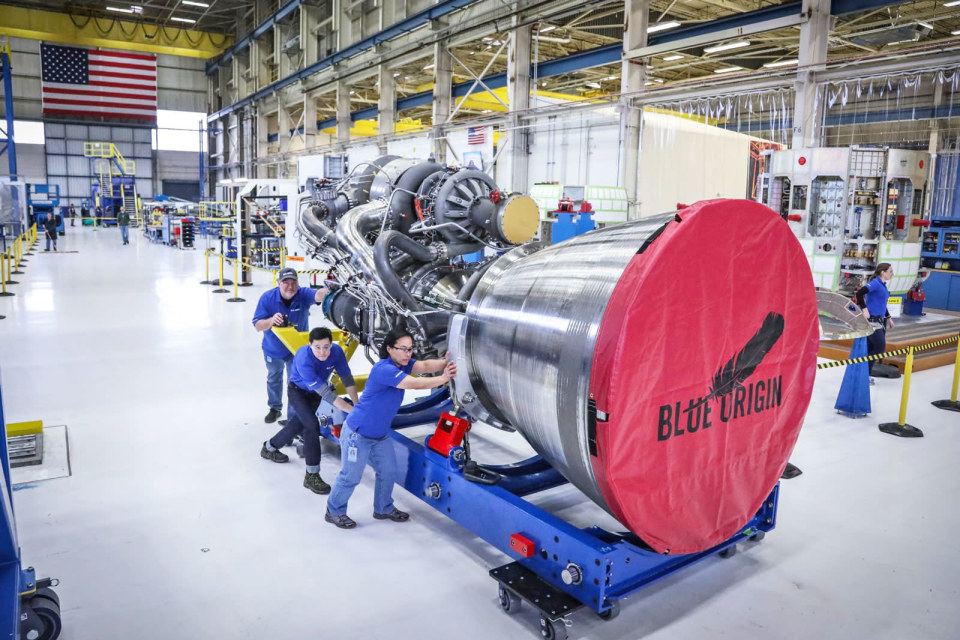 After six years of development, the first of Blue Origin's new BE-4 rocket engines has finally been fully assembled. The company's founder and CEO, Jeff Bezos, debuted the images via a series of tweets.

This engine, along with six more just like it, will form the primary powerplant for the company's upcoming New Glenn 2- and 3-stage rocket. The New Glenn, like its predecessor the New Shephard, will be a reusable space vehicle with a first stage capable of returning to the launch site and landing itself upright after each flight. The BE-4 engines will make up its first and second stage boosters, while the third stage will use an older BE-3 engine. And unlike the smaller New Shepard, the Glenn will have enough power (using either configuration) to put heavy cargo payloads and astronauts into orbit around the Earth.

Here's one more shot of BE-4 in its transport cradle. pic.twitter.com/T2HdZ3UtQZ

The New Glenn itself is still years away from its maiden voyage. In fact, the factory where it will be built is itself still under construction in Cape Canaveral, Florida. While the rocket itself is being constructed, the BE-4 engines will undergo rigorous certification at Blue Origin's West Texas-based test site. For his part, Bezos is confident that the ship will be ready and delivering goods to the moon by the end of the decade.

In this article: BE-3, BE-4, be-4engine, BlueOrigin, CapeCanaveral, JeffBezos, moon, NewGlenn, NewShephard, orbit, rocket, science, space, transportation
All products recommended by Engadget are selected by our editorial team, independent of our parent company. Some of our stories include affiliate links. If you buy something through one of these links, we may earn an affiliate commission.