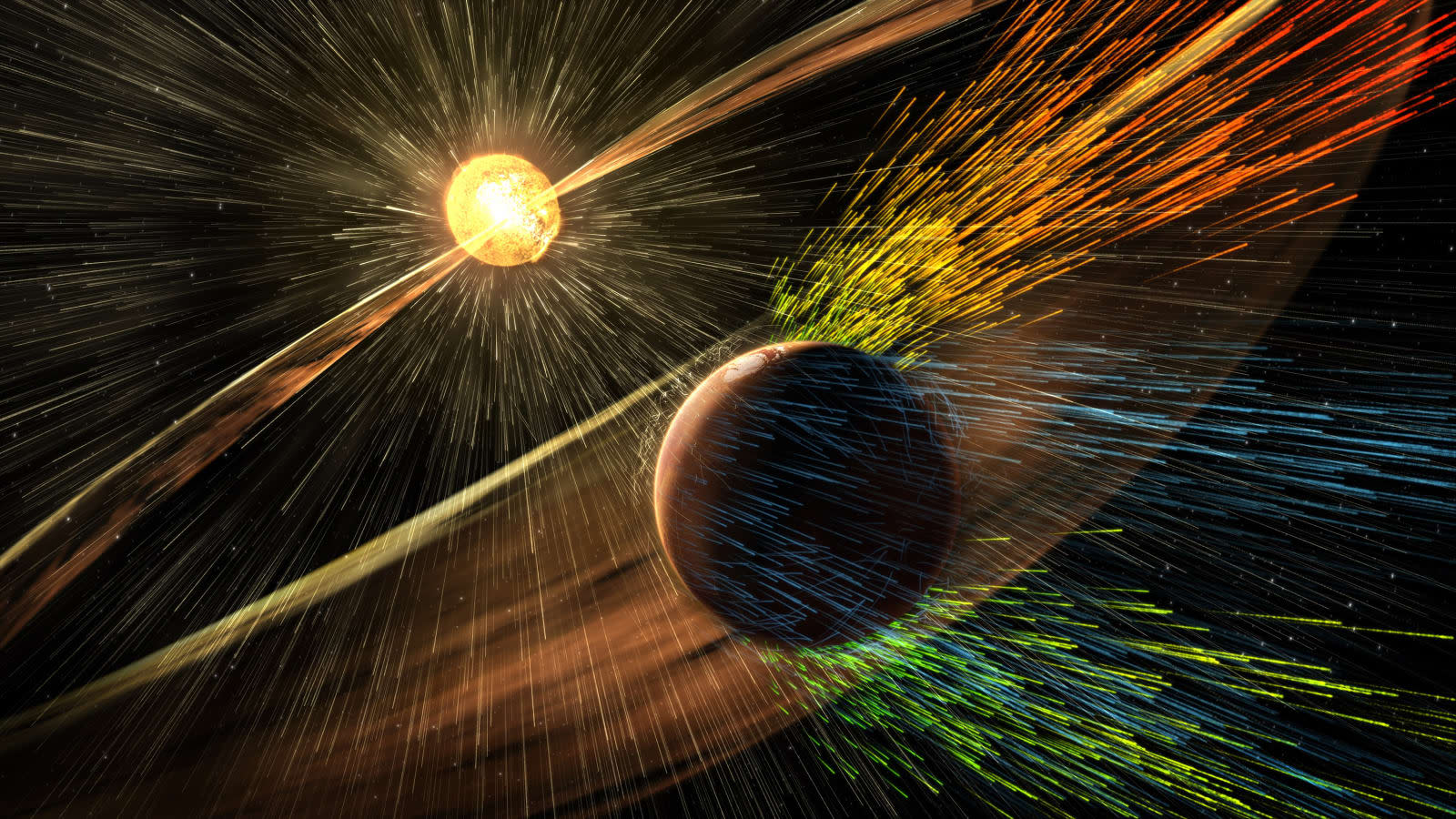 Ask scientists why Mars is cold and dead and they'll usually point to the death of its magnetic field some 4.2 billion years ago. Without that protection, solar winds gradually stripped it of most of its atmosphere. A NASA-led team, however, thinks there's still a chance to protect what's left -- and human explorers in the process. The scientists have proposed a magnetic shield that would sit at the L1 Lagrange Point beyond the planet, creating an artificial magnetosphere that would deflect solar winds and incoming radiation. Simulations even suggest that the atmosphere would get thick enough to melt carbon dioxide ice at Mars' northern pole, sparking a greenhouse gas effect that would melt water ice and restore some of Mars' oceans. Needless to say, that would be much friendlier to any long-term visitors.

The concept isn't as far-fetched as it sounds. There's already research into inflatable structures that would create the mini-magnetosphere you'd need for this to work. The biggest challenge, as with many things in space, is time. While a shield would have a relatively rapid effect on radiation, it's not certain how long it would take to thicken the atmosphere and increase temperatures. A magnetic shield would amount to a kind of terraforming, after all, and even a relatively quick change could take decades. NASA and SpaceX would still have to visit a hostile planet in the years ahead.

Still, the very fact that this is even on the table is noteworthy. It suggests that it would be realistic to preserve and even improve Mars' remaining atmosphere without the staggering effort that would be needed to directly alter the planet.

In this article: atmosphere, lagrange, magnetic, magnetism, mars, nasa, radiation, science, space, terraforming
All products recommended by Engadget are selected by our editorial team, independent of our parent company. Some of our stories include affiliate links. If you buy something through one of these links, we may earn an affiliate commission.