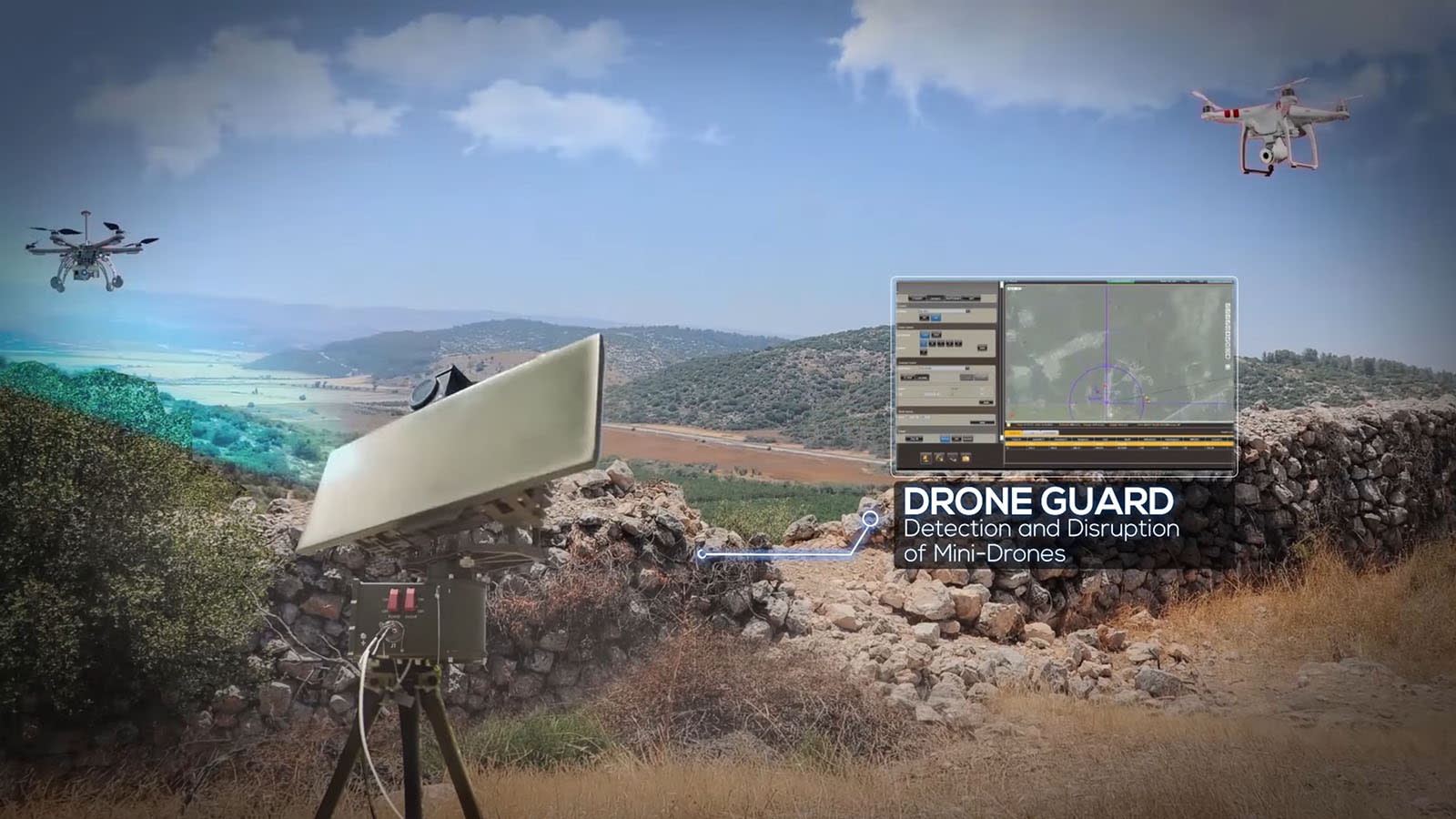 The Pentagon is purchasing tech from Israeli defense firm that could jam or take down weaponized drones used by ISIS, according to Defense One. The $15.6 million contract was awarded for "man-portable aerial defense systems kits," something that usually refers to shoulder-fired missiles. However, the USAF department that purchased it is in charge of communications and electronics devices, and the seller, Israeli Aeronautics Industries (IAI), just happens to manufacture a jamming device called "Drone Guard."

Drone Guard can detect, identify and jam small USAVs using 3D radar and electro-optical sensors. "The jamming disrupts the drone's flight and either cause it to return to its point-of-origin or to shut down and make a crash landing," according to the AIA's press release.

Nice shot of the improvised release mechanism ISIL is using to drop grenades from commercial off the shelf UAVs https://t.co/Lj8Ltx0arQ pic.twitter.com/KCuzhUbndb

Recent images out of Iraq show that ISIS has used off-the-shelf drones from DJI and others not just for surveillance, but also bombing and one-time "suicide" explosive missions. According to Kurdish media outlet Rudaw, drones have used explosives and bombs to kills civilians and damage equipment. Much worse, Iraqi forces reportedly discovered chemical weapons in an ISIS lab, and may have used them on a drone in Mosul, severely injuring up to a dozen civilians.

The Air Force wouldn't confirm or deny the purchase, but did tell Defense One that current efforts to counter small drones "are primarily focused on non-kinetic options," ie, jamming and electronics tech. However, it added that "kinetic options [like missiles and guns] to defeat small UAVs are also being explored."

The Air Force wants to have an official UAV defense program in place by the end of 2018. As a sign of its importance, It awarded the IAI contract without a bid, calling it a "joint emergent operational need." That means it's a current battlefield problem that must be rushed through the system to avoid delays.

In this article: Contract, culture, DroneGuard, Drones, ISIS, security, USAF, USAirForce, Weapons
All products recommended by Engadget are selected by our editorial team, independent of our parent company. Some of our stories include affiliate links. If you buy something through one of these links, we may earn an affiliate commission.