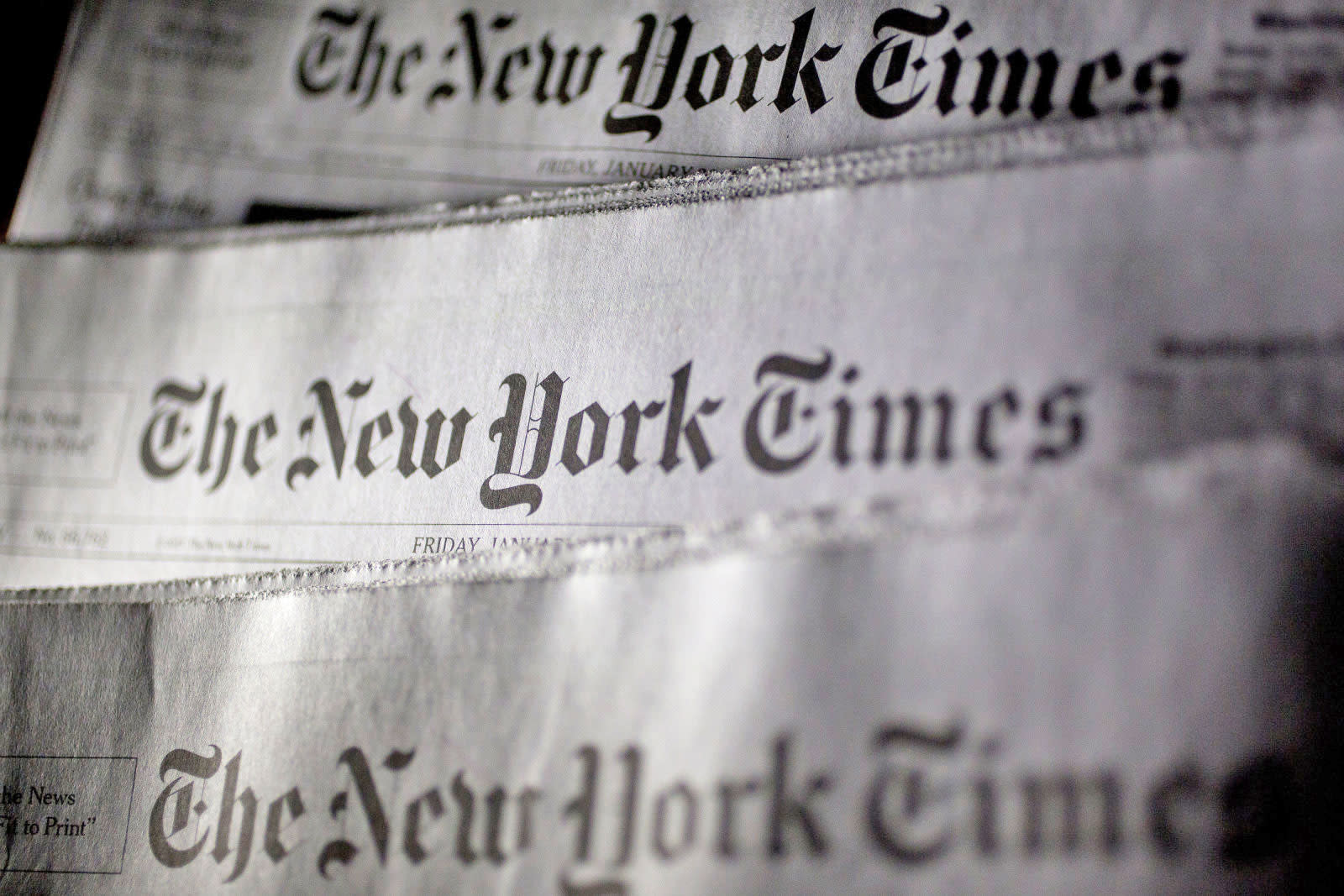 The pages just inside the print edition of The New York Times had previously been used to list corrections and article summaries for later stories. Last week, the newspaper announced a shakeup that redesigned A2 and A3 into landing pages featuring noteworthy facts from the day's stories, historical headlines from the paper's past and behind-the-scenes looks at its journalistic endeavors. But the new front section will also include a first for the Gray Lady: Featuring its reporters' tweets in newsprint.

The paper's intro section will also spotlight the most popular online posts, but including tweets is about more than relaxing the walls between the newspaper's digital and tangible versions. It's showing that tomorrow's stories are broken right now on Twitter -- and that the NYT reporters' accounts are part extensions of the paper, part outlets in their own right.

As Recode points out, reporters like the organization's White House correspondent Maggie Haberman are augmenting their own coverage and even publishing stories that don't appear in print, online or in the NYT app. Eventually, those tweets will likely find their way into the latter formats. For now, they'll pop up on A2 and A3 alongside other tantalizing snippets enticing you deeper into that day's edition of the paper of record.

In this article: culture, internet, newspaper, TheNewYorkTimes, tweet, twitter
All products recommended by Engadget are selected by our editorial team, independent of our parent company. Some of our stories include affiliate links. If you buy something through one of these links, we may earn an affiliate commission.