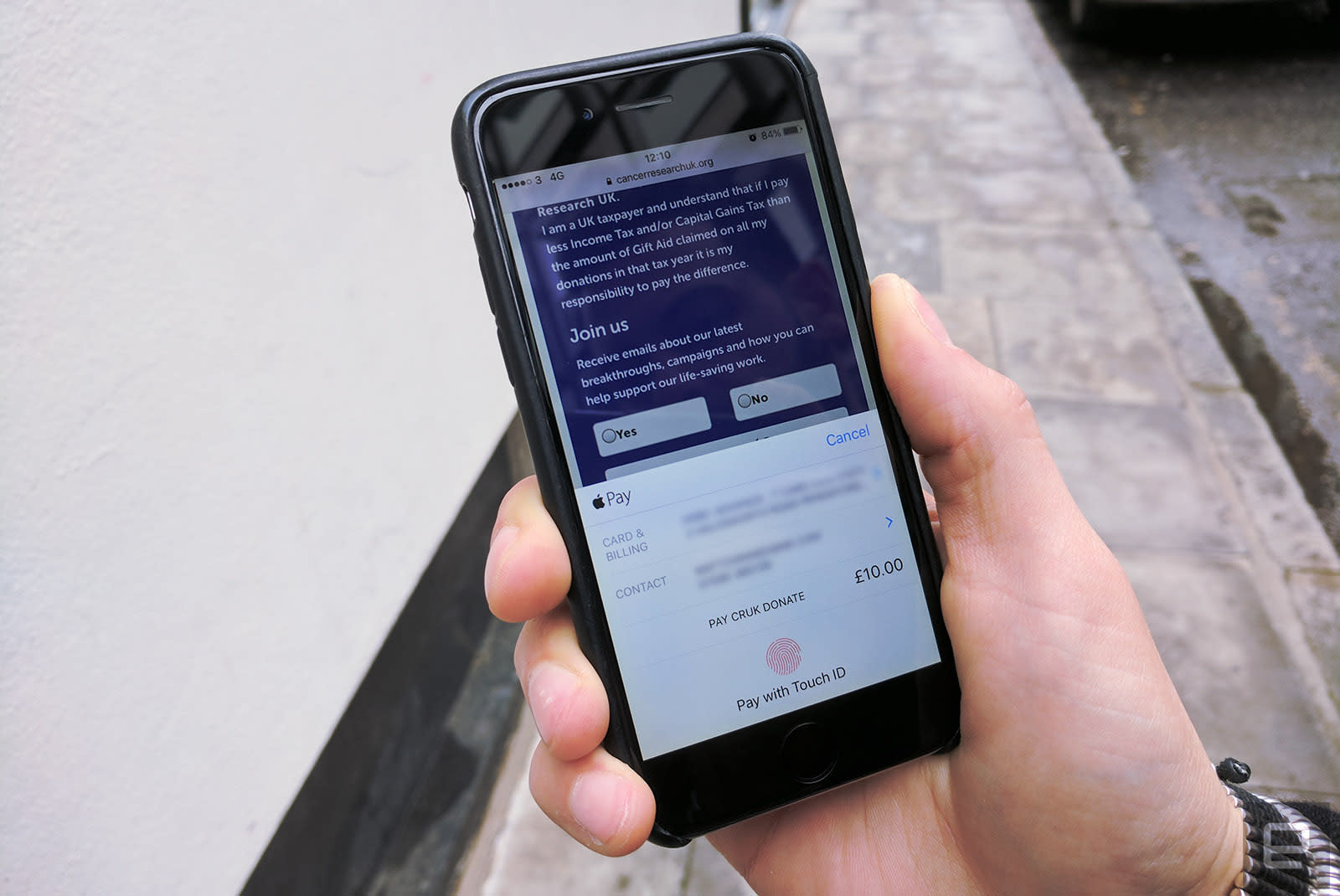 Apple has partnered with 22 UK charities to let iOS users pledge donations using Apple Pay. The feature, which rolled out in the US last November, operates inside the Safari browser and lets anyone with a supported iPhone, iPad or Apple Watch securely send money to their favourite organisation using only their fingerprint.

Although charities encourage donations via a number of avenues, some still pursue street collections. This has given risen to chuggers or charity muggers, people who stand in busy pedestrian areas with high-visibility jackets and try to get passers-by to part with their money. Apple Pay, on the other hand, is designed to be as frictionless as possible, ensuring those willing to pledge money aren't put off by forms and having to remember their login.

We're excited to let you know that when donating to our life-saving work, you can donate instantly with Apple Pay: https://t.co/0kEMYkjfSU pic.twitter.com/FvG0btziGV

In this article: applepay, cancerresearch, charity, donations, gear, internet, mobile, nfc
All products recommended by Engadget are selected by our editorial team, independent of our parent company. Some of our stories include affiliate links. If you buy something through one of these links, we may earn an affiliate commission.