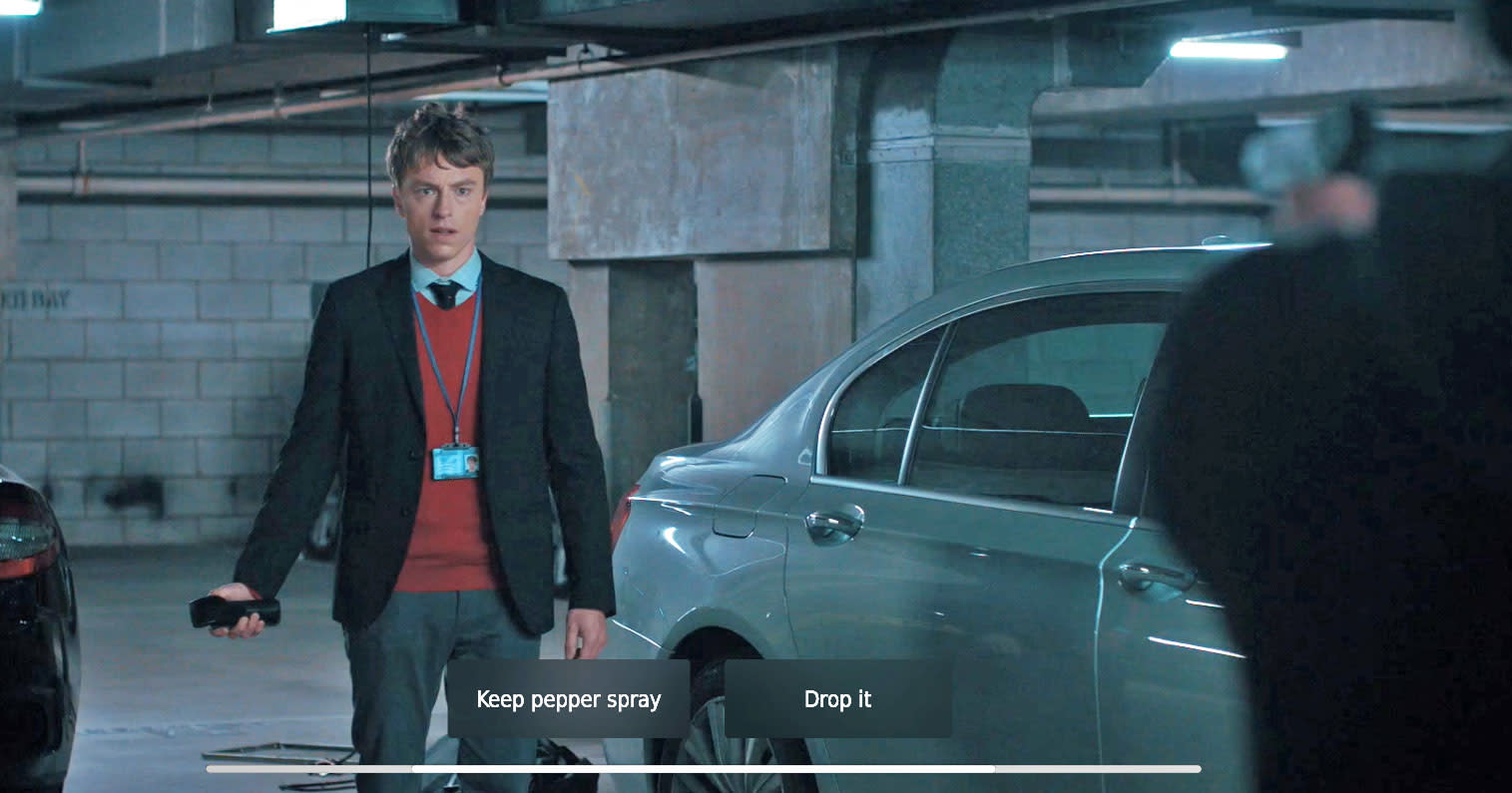 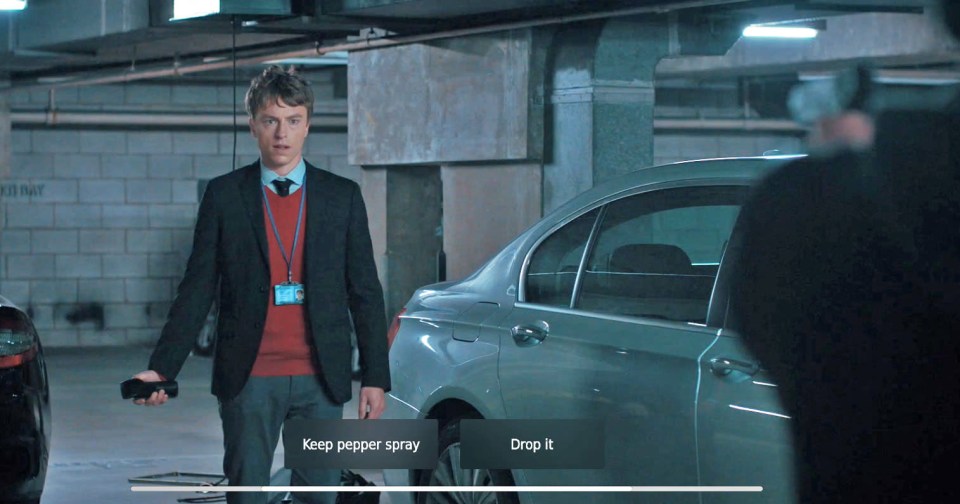 Is it a movie, a video game, or a choose your own adventure book? I'm tempted to say it's a mixture of all three. Late Shift emerged last year as an interactive film where you, the viewer, can make choices in specific scenes. It was released as an iOS app (compatible with Apple TV) and shown in select theaters, allowing audiences to collectively vote on each decision. Now, it's coming to PlayStation 4 and Xbox One, giving you another way to watch it at home and craft your own storylines with family and friends.

You "play" as Matt, a student in London who, through a crazy sequence of events, is forced to participate in a lucrative auction house robbery. The choices start simple (help a tourist with directions, and risk being late for work? Or just ignore them and board the train?) but quickly escalate into tough, nail-biting problems. There are 180 decisions in total and seven possible endings, spanning four hours of footage shot in London. There's pedigree behind the production too; Michael R. Johnson, the film's writer, worked on the 2009 Sherlock Holmes film starring Robert Downey Jr. Full motion video (FMV) has enjoyed a mini-revival recently thanks to the success of Her Story, an indie title that revolves around fictional police interview clips. Late Shift feels more like a movie, however, with clear-cut decisions similar to Until Dawn, a PS4-exclusive horror fest, and the slew of adventure games by Telltale. The experience also shares some DNA with Quantum Break, a TV show and video game hybrid for the Xbox One and PC that adapts to your choices. If, like me, you're a sucker for narrative driven games, you'll want to check this out when it hits consoles this April.

In this article: art, chooseyourownadventure, ctrlmovie, entertainment, film, FMV, gaming, lateshift, movie, playstation4, ps4, xboxone
All products recommended by Engadget are selected by our editorial team, independent of our parent company. Some of our stories include affiliate links. If you buy something through one of these links, we may earn an affiliate commission.