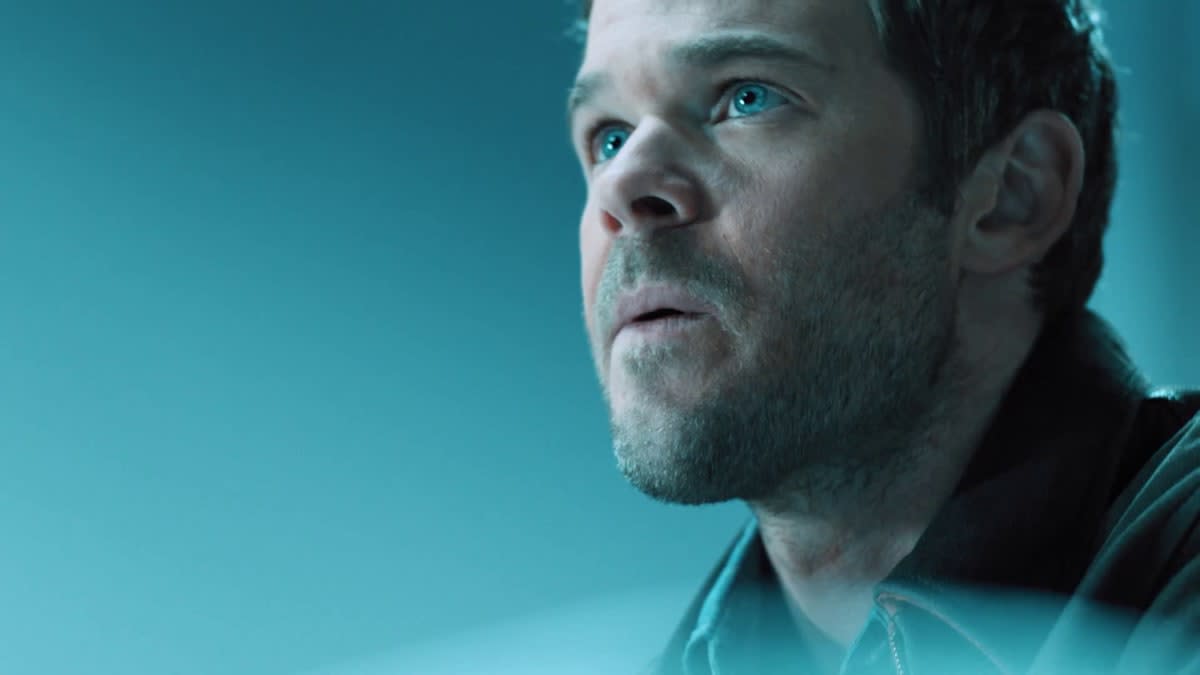 When Remedy released Alan Wake's American Nightmare, few people questioned the live-action cut scenes sprinkled throughout the campaign. It turns out those moments were the seedlings for a grander vision: to develop a game interwoven with a full TV show.

Quantum Break, the realization of this idea, was announced as an Xbox One exclusive more than two years ago. Since then, Microsoft has changed its approach to the Xbox One, tossing Kinect aside and shutting down its team dedicated to original programming. The latter decision cast an ominous shadow over Remedy; would Quantum Break be affected? Microsoft promised it wouldn't, but with each passing month and after so few public appearances, it seemed ever more likely that the studio was rethinking the project.

Perhaps we needn't have worried. Microsoft showed a snippet of the game and the live-action TV show at Gamescom this year. With it came some top-tier casting announcements, including Shawn Ashmore from X-Men, Aidan Gillen from Game of Thrones and Lance Reddick from The Wire. But until now, Remedy has been tight-lipped about the show and how it fits into the structure of the game. Now, we finally have some answers. Most of the time, you'll be playing as Quantum Break hero Jack Joyce (Ashmore). He's battling Paul Serene (Gillen), a former friend that was catapulted into the future and returned "older, changed." Toward the end of each "act," you'll switch to this villainous individual and make choices in what Creative Director Sam Lake is calling "junction moments." Afterward, the game will unlock an episode about Serene's evil company, Monarch. These will reflect your decisions and have ramifications in the game, further personalizing the experience. Each junction also has alternate episodes, so players have a reason to replay what would otherwise be a linear, story-driven experience.

To give an example: At one point in the game, Serene needs to decide how to deal with an eye witness, Amy Ferraro, of a Monarch operation. In one version, he tells his right-hand man Martin Hatch (Reddick) to take a "hardline" approach, which leads to some devastating consequences. In another, he tries to blackmail her into working with Monarch and manipulating the media. One of the episodes, among other ramifications, will trigger an activist protest on the bridge that was seen in last year's Gamescom demo.

The different choices mean that some episodes will be longer than others. Typically though, Lake says a show segment will be roughly 22 minutes long, or "network television length, without the commercials." Due to the structure of the game, however, you won't be able to binge-watch them all (at least not straight away) like a series on Netflix.

The "acts" that you play in the game and the subsequent live-action episodes won't necessarily be in chronological order either. In another scene taken from the TV show, Beth Wilder -- who appears to be aiding Joyce -- draws her gun on Monarch security officer Liam Burke. The two are quickly stuck in a standoff, but the situation is diffused when their firearms suddenly disappear into thin air. They then notice that Joyce, who was being held hostage in a nearby van, has mysteriously disappeared. At some point in the game you'll see this same scene play out from Joyce's perspective. In a cutscene, our hero wakes up and discovers that he's unwittingly stopped time. Sensing an opportunity to escape, he quickly breaks free and takes the pair's weapons before fleeing the building. The TV show ships with the game and, based on what we've seen so far, it appears the two are heavily dependent on each other. You can't watch the show like a season of True Detective and likewise, your experience of the game will probably suffer if you're not paying attention to the live-action episodes. The branching storylines should add another level of intrigue to the game too. Alan Wake had a tightly written story filled with distinct characters. Choice can dilute a narrative or, as we've seen with Telltale Games, simply be an illusion, so it'll be interesting to see how far Quantum Break lets you deviate. Quantum Break's take on time travel isn't just a plot device, though. In the game, it also doubles as the origin of Joyce's superpowers. An experiment gone wrong gives him the power to manipulate time in small, but meaningful ways. Some of these have been shown in previous demos, but at Gamescom, Remedy was happy to go into greater detail.

An extended demo shows Joyce leaving his brother's workshop where the original time travel accident took place. Serene is escaping in a Monarch helicopter and Joyce tries to pursue, only to be knocked back by one of his rival's destructive "time blasts." The fabric of time is breaking down and Joyce is quickly caught in a "stutter," where the time fluctuations are most pronounced. Here, ships under construction come crashing to the ground, only to reappear again moments afterward, stuck in an endless loop. The landscape is constantly shifting, but as the player, you can stop time at will and progress with a technique called "time rush." Likewise, the "time dodge" maneuver allows you to quickly dash and avoid damage from enemies and the environment. They're functionally similar, but because they use different meters, mixing them up could be crucial in the game's trickier sections. Later on, Joyce is attacked by members of the evil Monarch corporation wearing special backpacks and jumpsuits. The bleeding-edge equipment means these tougher foes can move through the stutters just like Joyce. You'll want to use a destructive time blast to take them out, or deploy a "time shield" to deflect their bullets. Time dodge and rush can also play a part here, allowing you to quickly flank soldiers or escape and regroup. The fifth and final ability, "time stop," gives Joyce the power to freeze focused areas.

The combat feels like an evolution of what Remedy has already accomplished with Max Payne and Alan Wake. The former pioneered "bullet time," a slow-motion effect that helped you shoot foes with pinpoint accuracy. Alan Wake went in a different direction, using light as a means to break down shadowy foes' defenses. The system was unique, but a little one-note -- bright flares could be used to keep enemies at bay, but otherwise you just needed to shine your flashlight and wait for their defensive meter to deplete. Quantum Break's time-amplified moves offer far more variety in the battlefield. Which is a promising sign: Alan Wake relied heavily on its narrative to keep players invested, so Remedy would be wise to focus its efforts on the gameplay this time around. It's still too early to make a final judgment, but what's been shown points to what could be Remedy's most complete game in years. Whether or not it delivers, Quantum Break is shaping up to be one of the most unusual and ambitious titles coming to Xbox One in 2016.

We're live all week from Cologne, Germany, for Gamescom 2015. Click here to catch up on all the news from the show.

In this article: gamesCOM, gamescom-2015, gamescom2015, hdpostcross, microsoft, quantumbreak, remedy, tv, tvshow, xbox, xboxone
All products recommended by Engadget are selected by our editorial team, independent of our parent company. Some of our stories include affiliate links. If you buy something through one of these links, we may earn an affiliate commission.