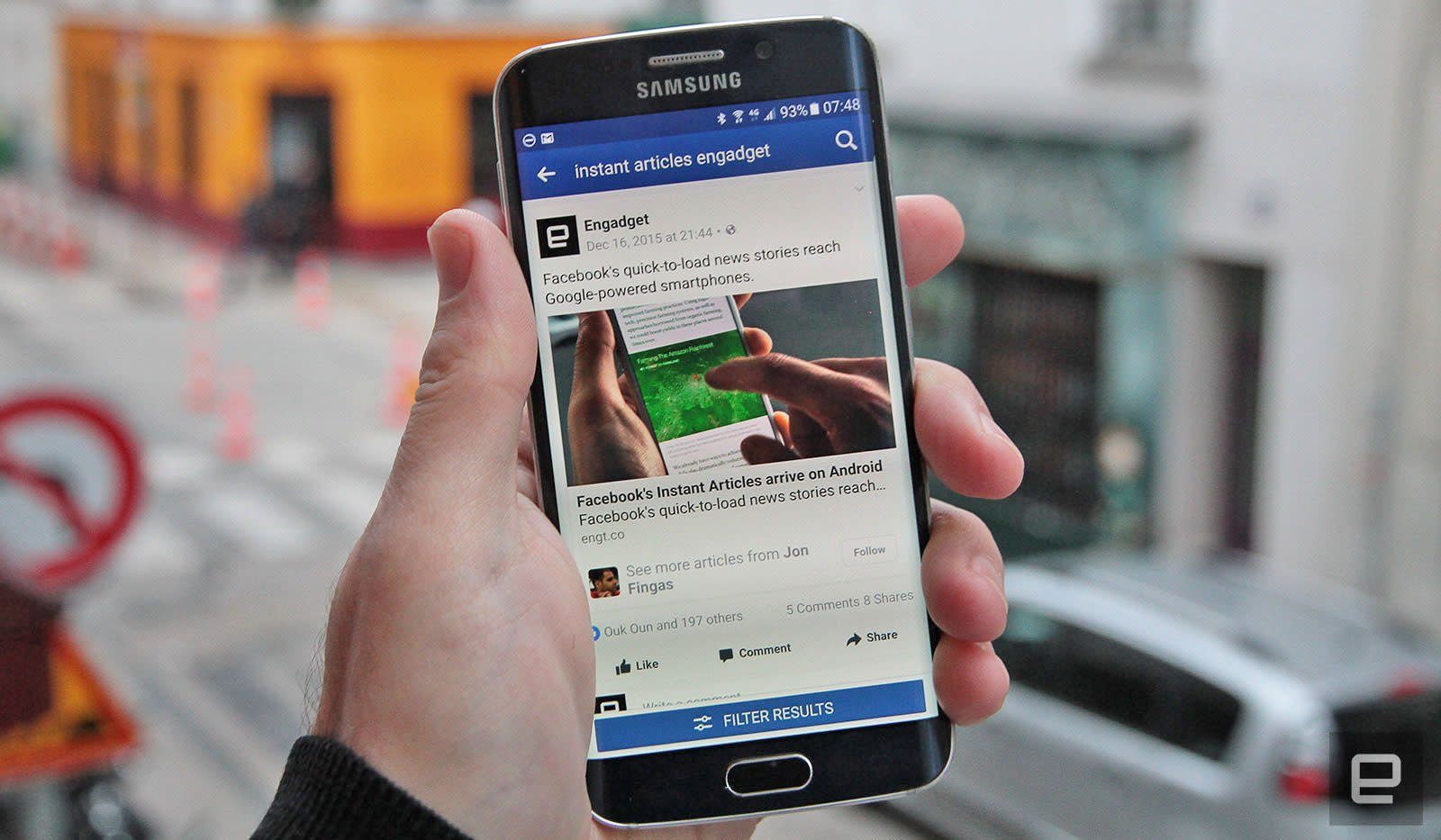 As part of its Journalism Project, Facebook has revealed that it will allow publishers to place more ads in Instant Articles. That will allow sites like the Washington Post and New York Times to eke a bit more money out of posts published directly onto the social network. Instant Articles are good for Facebook, because users stay on the site since they don't need to click on a link. However, they're not great for publishers, because you can't see native ads, discover more articles or check out new videos -- all of which help sites keep their doors open.

Facebook now lets publishers place adds every 250 words (about two paragraphs), rather than every 350 words like before. They can either manually choose video or static ads, in which case they keep 100 percent of the money, or use Facebook's automatic ad placement feature,giving the social network a 30 percent cut.

As mentioned, Facebook's walled off approach with Instant Articles is vexing to publishers who profit more by keeping users on their site, not Facebook. To address those concerns, Facebook launched the Journalism Project with initiatives like digests of multiple instant articles, helping users discover content from the same publisher. It's also testing a feature with Germany's Bild that will allow users to start paid subscriptions from within an Instant Article.

Despite that, website publishers regard Facebook with deep suspicion, since it hurts their business and doesn't show much concern for journalistic integrity. At the same time, Facebook has become a necessary evil as a way to gain readership and eyeballs -- in 2015, it reportedly surpassed Google as the primary driver of referral traffic.

In this article: ads, entertainment, facebook, instantarticles, internet, Monetization, Publishers, Stories, Update
All products recommended by Engadget are selected by our editorial team, independent of our parent company. Some of our stories include affiliate links. If you buy something through one of these links, we may earn an affiliate commission.