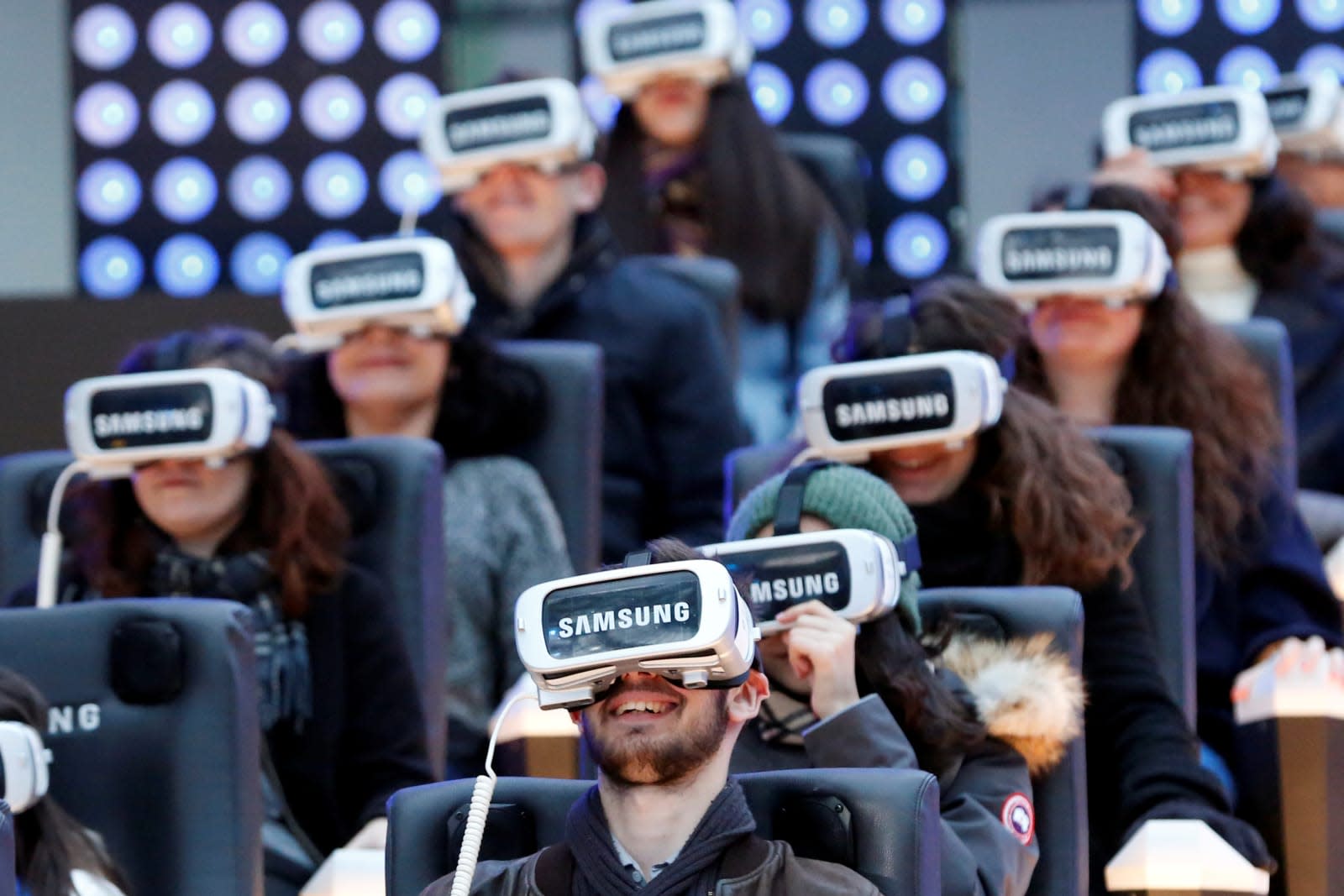 It looks like announcing 360-degree photos and videos for the Gear VR app was a teaser of what Oculus had in mind for this week. Now, Facebook's $2 billion baby is pulling back the curtain on the mobile VR live-streaming it teased last October. Assuming you aren't stateside, it's rolling out to the public today. Domestic users will be able to livestream their VR gameplay from Face Your Fears or Wands, a sorcery simulator, directly to Facebook "in the coming weeks," according to TechCrunch.

Then there's "Oculus Events," a new social virtual reality feature that adds things like tech talks and multiplayer games to the mobile-VR viewing experience. As the name suggests, "this new feature lets you find public events and interact with others in Gear VR," a blog post reads. It starts with a VR poker tournament later this evening.

Beyond that Oculus is expanding on its other social VR attraction, Rooms. Watching 360-degree from the likes of Vimeo, with friends, is totally a thing you can do (something Twitch has teased). You can even search by voice. Oh, and speaking of, a system-wide voice search is out today as well. "Over time, we'll add even more functionality like seeing if a friend is online or contextual commands to invite people to play a game with you," the post reads.

While this sounds incremental on the surface (because it is) it lays the groundwork for Facebook's grand plans to wire everyone into the metaverse. Mobile VR headsets outnumber 360-degree cameras by a wide margin, but eventually that won't be the case. This announcement is the foundation for when everyone has a VR-friendly camera and can broadcast, say, their kid blowing out the candles on a birthday cake. What's more, when you combine it with the Rooms update, it gives people something familiar they're able to grab onto. In this case, Facebook Live and internet chat rooms.

In this article: culture, facebook, gear, gearvr, mobile, oculus, oculusevents, oculusrooms, oculusvoice, oculusvr, samsung, socialvr, voice, voicecontrol, VoiceRecognition, voicesearch
All products recommended by Engadget are selected by our editorial team, independent of our parent company. Some of our stories include affiliate links. If you buy something through one of these links, we may earn an affiliate commission.