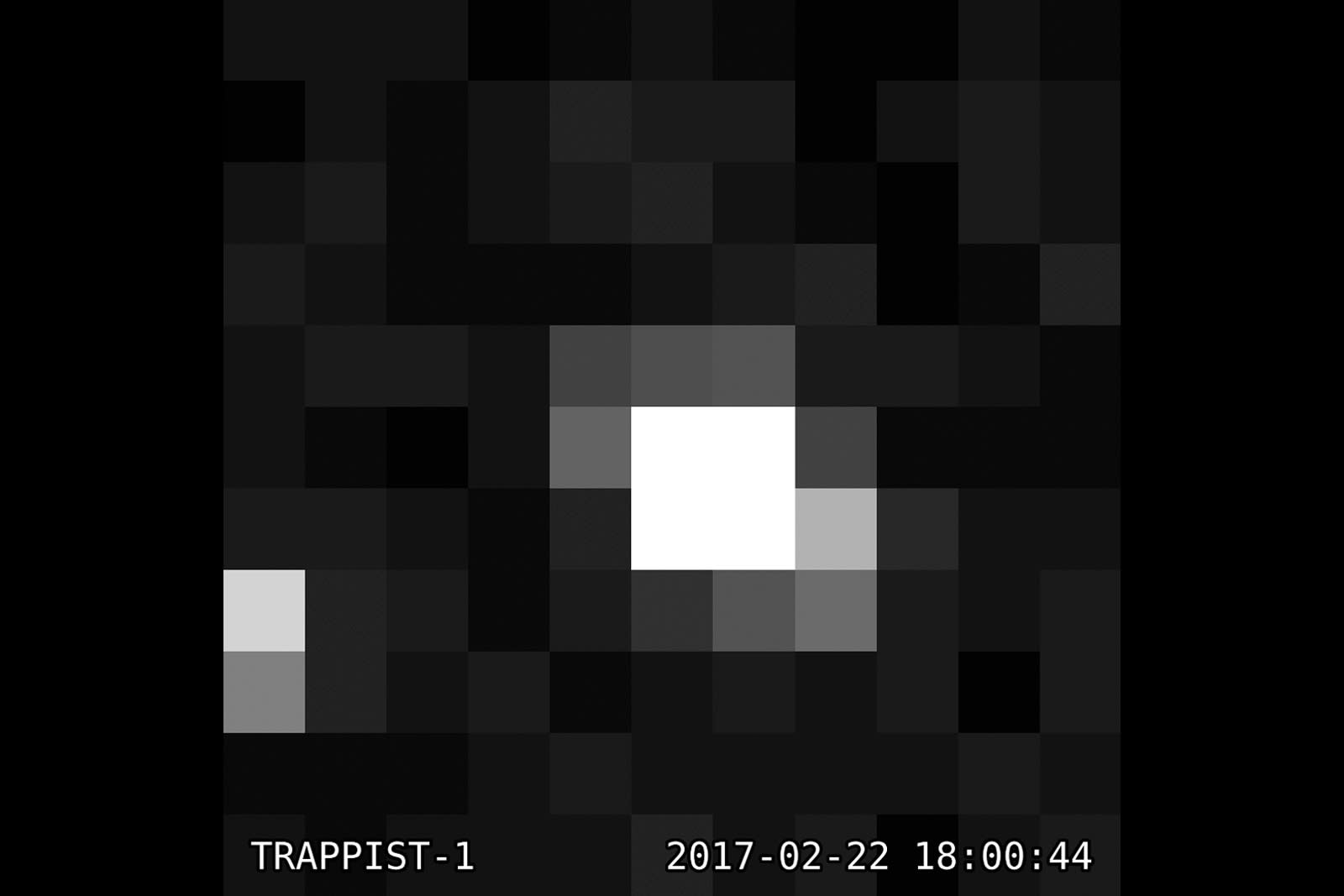 NASA was quick to offer conceptual images of Trappist-1 and its abundance of Earth-sized planets. But what does the star system look like, really? At last, now we know... sort of. As part of a raw data release, NASA has offered a simple, 11-by-11 pixel animation that shows the dwarf star as it was on February 22nd. Technically, you're looking at a target pixel file that represents the light levels the Kepler space telescope caught while studying Trappist-1 for an hour. You won't see planets, unfortunately -- an Earth-like planet would barely make a blip in the brightness levels, even if it crossed directly in front of the star.

Why rush to offer such a rough look? As with the raw info, it's all in the name of research. NASA explains that this data gives scientists an "early look" so that they can shape their research proposals for further investigations that start next winter. They'll have a better sense of what they want to look for. Fully calibrated data will be available in May, NASA says, so don't despair if you're hoping for more polished material.

This is a target pixel image of #TRAPPIST1. Its starlight and story traveled 40 yrs to reach the Kepler spacecraft.https://t.co/UJsLZ7sQgO pic.twitter.com/2Pg1DvuLTv

In this article: astronomy, exoplanet, k2, kepler, nasa, planet, science, space, star, trappist-1, trappist1
All products recommended by Engadget are selected by our editorial team, independent of our parent company. Some of our stories include affiliate links. If you buy something through one of these links, we may earn an affiliate commission.