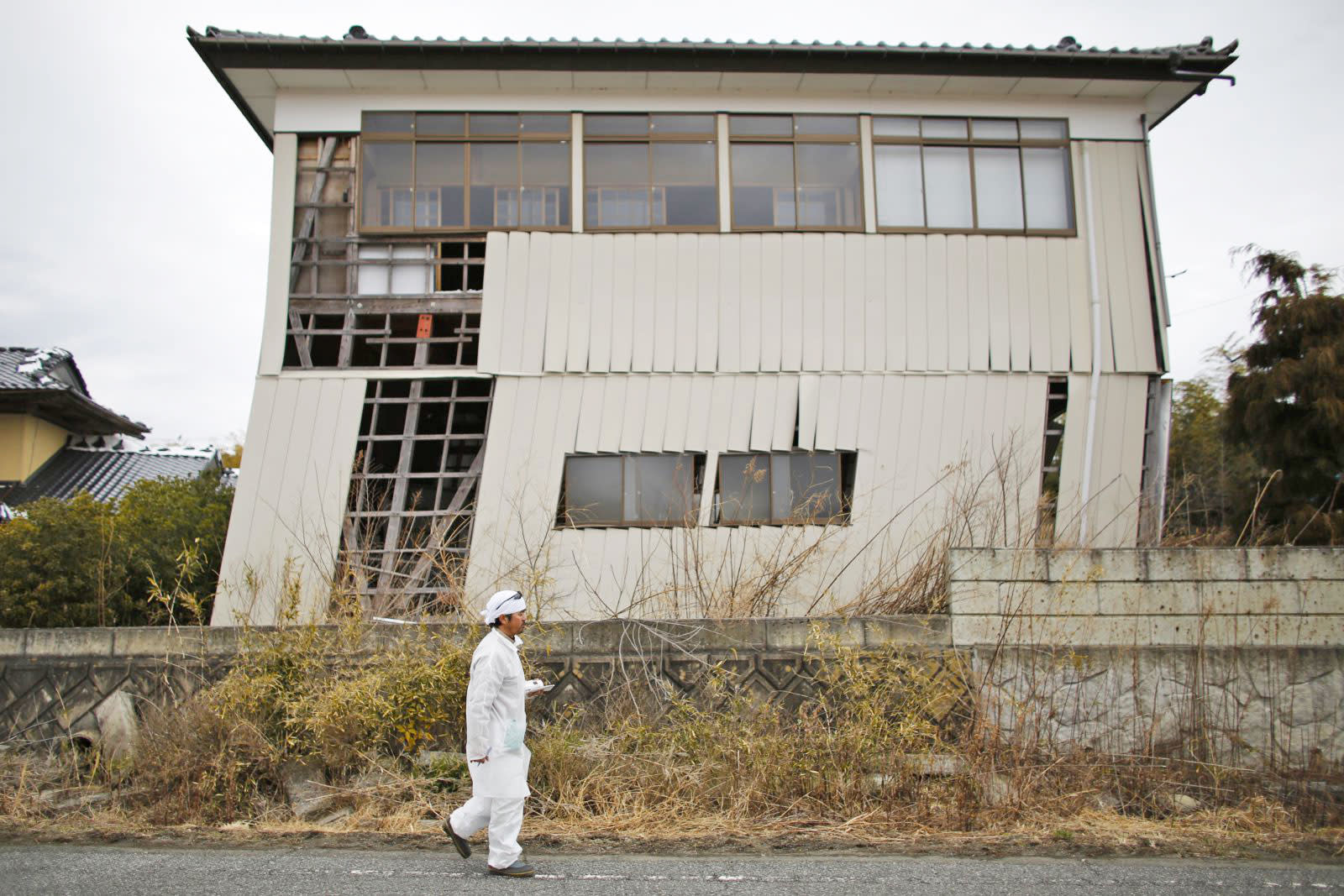 Fukushima's ill-fated nuclear power plant may still be so dangerous that it kills robots, but residents are trickling back as officials decide that radiation levels are safe in some areas. But are they safe enough that you'd never have to worry about long-term effects? According to two researchers, the answer is yes. They've published a study indicating that the cesium radiation levels in Date, 37 miles away from the Fukushima plant, have dropped so quickly (60 percent just between 2011 and 2013) that residents shouldn't suffer any harm. In fact, they may be safer than usual. The median lifetime radiation dose (18 millisieverts) should be less than what you typically receive just by living on Earth.

The team determined the levels by translating airborne radiation data to what you could expect on the ground, and then estimating how those levels will fall over the next 70 years. This info also helped reveal that active decontamination efforts weren't directly responsible for the decrease. While it might have been helpful in some cases, the scientists believe the radiation drop largely stems from natural causes like rain, snow and the decay of the cesium itself.

This doesn't mean that every area is the same. Date sits in a gray area where there was no formal evacuation despite radiation worries. While there are much closer towns (such as Namie) that will be given the all-clear at the end of March, they won't necessarily exhibit similar results. Towns like Tomioka still have strong radiation levels that rule out a return in the near future, and there's only so much science can do to reassure people who want to stay away just as a precaution.

Even so, the work might be helpful if there's ever another nuclear incident, whether it's in Japan or beyond. The researchers tell Science that their methods could help estimate lifetime doses and give responders an idea of how to conduct their decontamination plans. You'd know just when it was truly safe to return to a given town using aerial tests.

In this article: culture, fukushima, fukushimadaiichi, green, nuclear, nuclearpower, radiation, radioactive, safety, science
All products recommended by Engadget are selected by our editorial team, independent of our parent company. Some of our stories include affiliate links. If you buy something through one of these links, we may earn an affiliate commission.