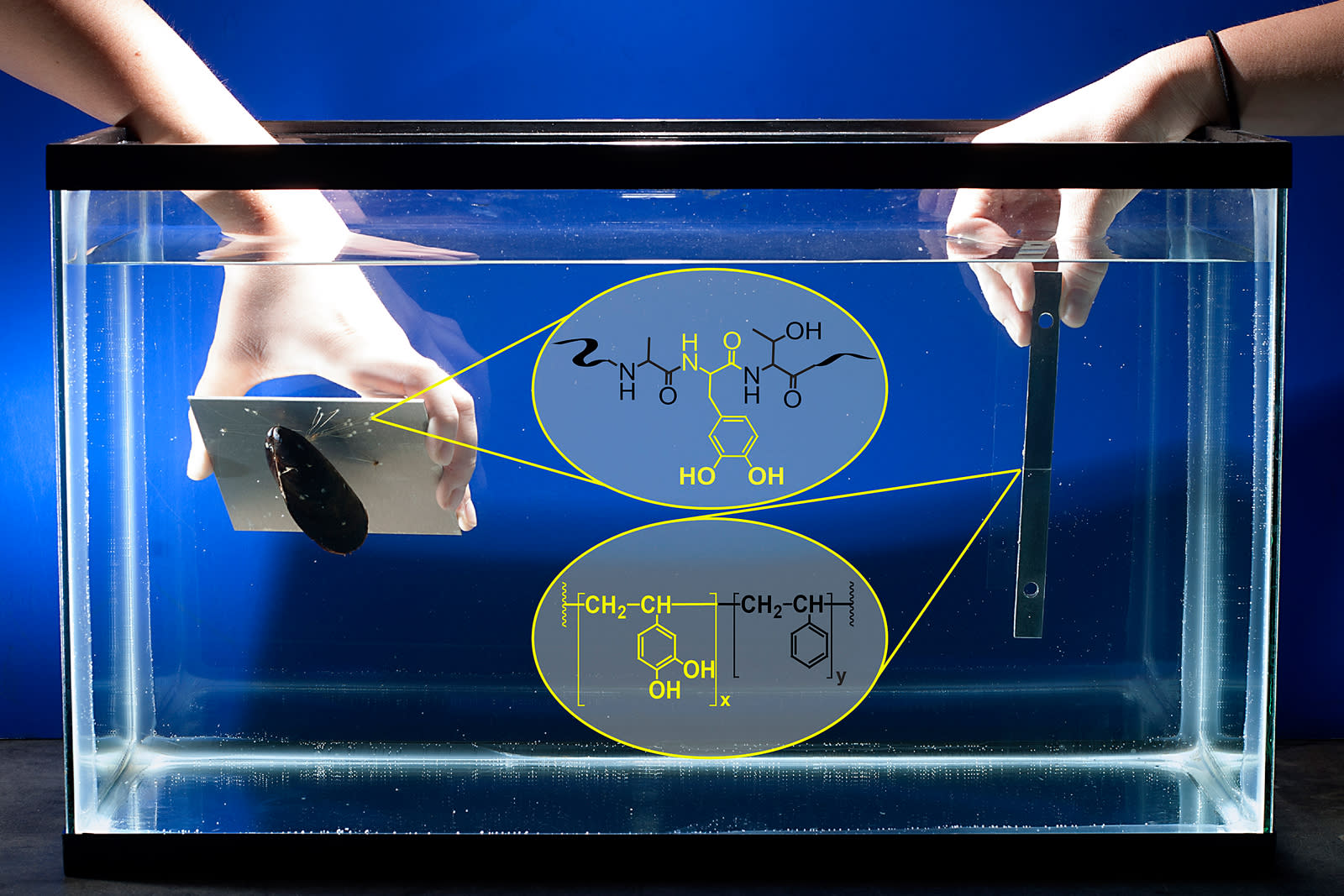 Even the strongest human-made glue tends to fail when you dunk it underwater. Purdue researchers, however, think they have a simple solution to this: imitate nature. They've developed a polymer adhesive that's based on the proteins mussels use to cling to rocks. The team's synthetic creation takes advantage of compounds inside the proteins' amino acids to bind directly to an intended surface, rather than interacting with water on the surface. The result is a material that not only outperforms the glue you see in the hardware store, but is 17 times stronger than the shellfish's own adhesive -- and that has scientists scratching their heads.

Purdue speculates that mussels may only produce adhesives that are just strong enough to keep their bodies attached. A too-strong substance could actually backfire by making it difficult for a mussel to escape predators without hurting itself. The artificial version, meanwhile, is as powerful as humans want it to be.

There's still a long way to go before this glue is ready for real-world use. However, there's a good chance that could happen. The US military's Office of Naval Research funded the project, and it clearly has a vested interest in making sure that its constructions survive water. This doesn't mean that you'll see warships held together by glue instead of rivets, but the concept isn't completely far-fetched.

In this article: adhesive, biomimicry, gadgetry, gadgets, glue, mussels, purdue, PurdueUniversity, science, shellfish, video
All products recommended by Engadget are selected by our editorial team, independent of our parent company. Some of our stories include affiliate links. If you buy something through one of these links, we may earn an affiliate commission.