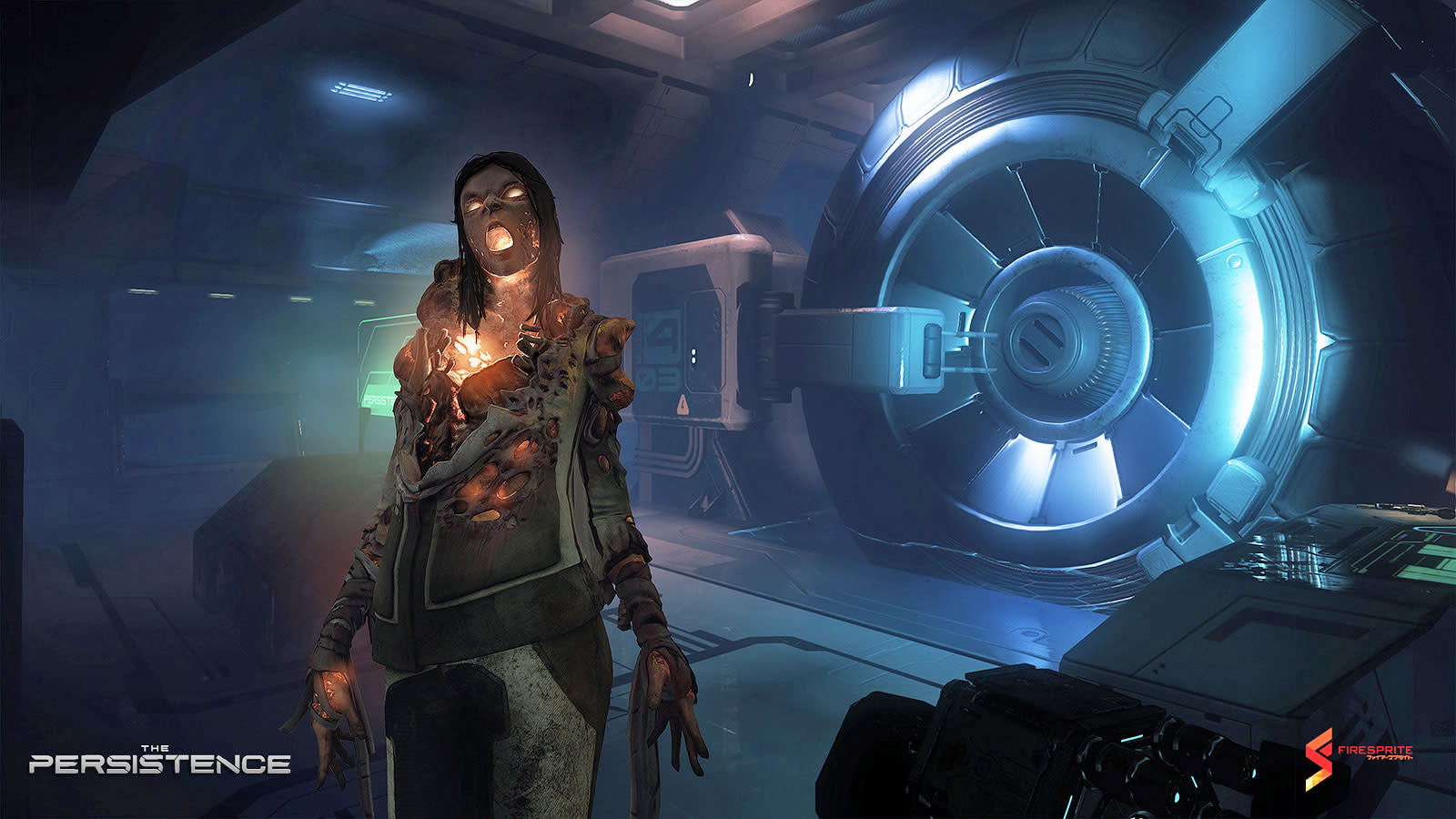 Most solo virtual reality games don't make for great entertainment at parties... not unless your definition of fun involves making everyone wait their turn. Firesprite, however, has a way for your friends to join in. Its upcoming PlayStation VR sci-fi horror title The Persistence will include a mobile companion app that lets nearby friends see the game map. Your pals can make your life easier by steering you toward items, or create havoc by running you toward threats -- this is one of the few horror games where the people on your couch may be as much of a hazard as the virtual enemies.

There are a few other twists that could help The Persistence stand out. The ill-fated ship is procedurally generated with each new life, so you can't play the game by memory. And there are accommodations for VR beyond the phone app, too, such as teleportation. If there's a problem at this early stage, it's that there's no known release date. You could be waiting quite a while to see whether the promising concept works well in practice.

In this article: av, firesprite, gaming, horror, playstation, playstationvr, ps4, thepersistence, virtualreality, vr, wearables
All products recommended by Engadget are selected by our editorial team, independent of our parent company. Some of our stories include affiliate links. If you buy something through one of these links, we may earn an affiliate commission.