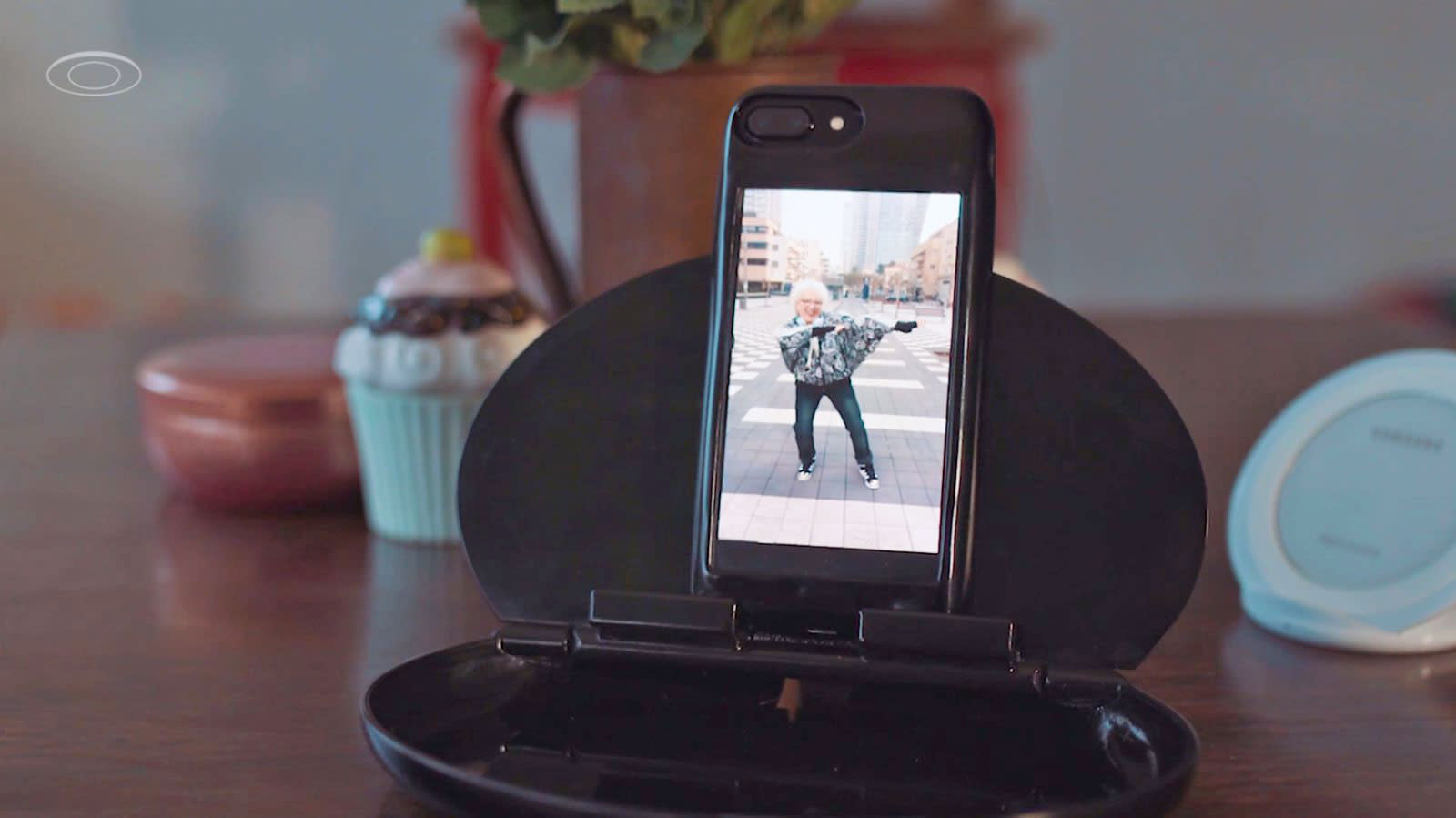 iPhones have a reputation for being user friendly, but ultimately, Android can do a lot of things iOS can't. Aspects of Android could be useful to all phone users, but straying from the Apple ecosystem can be intimidating. Now, there's a new way for iPhone users to easily access Android features like expandable storage and multiple SIM cards. Entrepreneur Joseph Savion and his company ESTI Inc. decided to (almost literally) strap an Android phone to the back of an iPhone. That sounds like a strange idea, but that's basically what ESTI's Eye phone case does.

The case, which is currently seeking funding on Kickstarter, adds a 5-inch AMOLED display, a 2.3GHz quad-core ARM Cortex-A53 CPU, a 2800mAh battery, up to 256GB of microSD storage, dual SIM slots, a headphone jack and wireless charging, among other features. There are two versions of the case: one with cellular connectivity and one without. A comment from Savion on the Kickstarter page says that the Android device can make use of the iPhone's internet connection. While there is some other integration between the devices -- they share the iPhone's speaker, microphone and cameras -- they pretty much function as their own machines.

The case runs Android 7.1 Nougat, and if Eye is starting to sound more like a standalone phone than an iPhone case, well, it's priced like one too. It's expected to retail for $189 (or $229 for the 4G version), although early Kickstarter backers can get theirs for $95 ($129 for 4G). That said, $95 for a phone is pretty cheap.

The main question is, who this product is even for? Most iPhone users seem happy with their devices, and probably don't need a product like this to "improve" it. Even for users wanting to test the Android waters, there are plenty of non-Apple devices available for under $100 that could satisfy their curiosity without adding bulk to their current phone.

Ultimately, Eye seems a lot more interesting than it does practical. As of this writing, the case has raised over $84,000 of its $95,000 goal with 32 days to go. So, it might not be necessary, but it will probably come to market anyway.

In this article: android, ESTI, eye, gadgetry, gadgets, gear, iphone, kickstarter, mobile
All products recommended by Engadget are selected by our editorial team, independent of our parent company. Some of our stories include affiliate links. If you buy something through one of these links, we may earn an affiliate commission.