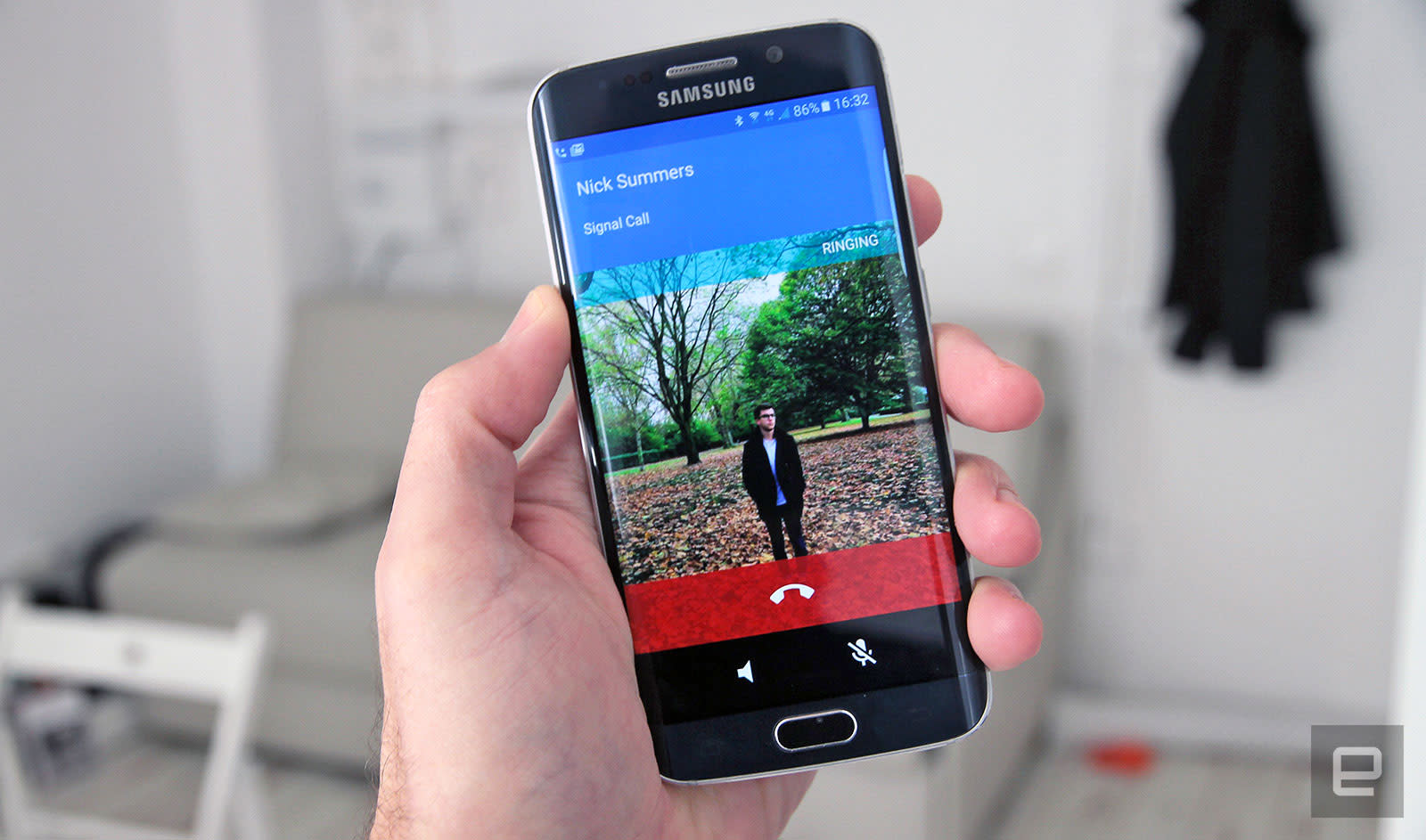 Signal, the encrypted chat app from Open Whisper Systems, now lets anyone chat privately on video. The feature, which first launched on Android last month, has come out of beta and is now available on both Android and iOS. The company spent the relatively short beta period "collecting feedback and addressing the issues" found by beta users, it said. As with texts and calls, video is encrypted end-to-end, so nobody, including spy agencies, can eavesdrop on your business.

Video calling is a new feature on iOS, and Open Whisper says it used CallKit to get the app "to the same level as the native iOS calling experience." In other words, you can answer video calls with a touch directly from the lock screen, initiate them using the native contact app and see your chats on an iPhone's "recent calls" list. The feature only works if both parties have enabled video calling, of course.

Open Whisper added a few new features requested by testers, too. You can now place peer-to-peer (P2P) calls rather than going through Signal's server like before, reducing call latency. To make sure that your privacy is preserved, however, it'll only do that if you initiate the call or receive one from a known contact. That way, your IP address and location won't be exposed, as can happen in a P2P situation.

If desired, you can also change a setting to make calls through Signal's service and avoid P2P altogether. To improve privacy, the company recently added a "domain fronting" option, routing all messages through Google's domain to stop governments in nations like Egypt from blocking them.

Open Whisper recently made headlines thanks to Wikileaks, which tweeted that the CIA could bypass Signal, WhatsApp and other encrypted apps (above). However, security researchers and privacy activists called that message "irresponsible and misleading" because the apps are still secure -- in fact, the CIA and hackers can only intercept communications if they gain complete access to your phone.

In this article: Calling, culture, mobile, OpenWhisperSystems, Privacy, security, Signal, VideoCalling
All products recommended by Engadget are selected by our editorial team, independent of our parent company. Some of our stories include affiliate links. If you buy something through one of these links, we may earn an affiliate commission.