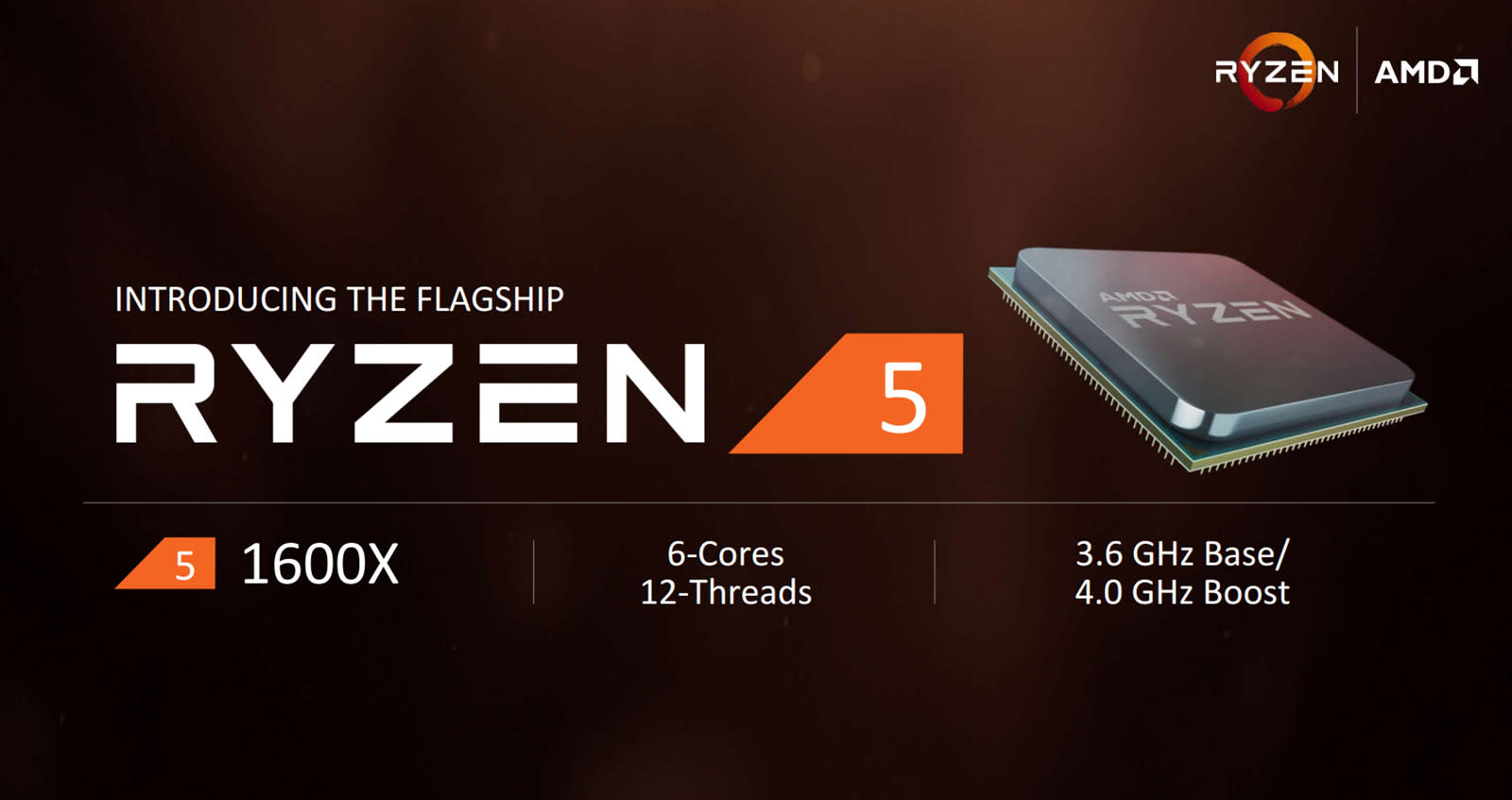 The chips support all flavors of DDR4 RAM and allow the same number of "lanes" as the Ryzen 7 and Core i5 for things like graphics, peripherals and M.2 SSDs. All the chips are unlocked for overclocking, so users can push the performance higher than stock settings. They also support the B350 "performance" motherboards, which are a bit less expensive and easier-to-find than the X370 "enthusiast" chipset models for the Ryzen 7.

Other than niggles about gaming performance, reviews have been largely positive for the top-shelf Ryzen 7 chips. For instance, the Ryzen 7 1800X performed a bit better than Intel's 8-core i7-6900 chip on a Premiere CC 2017 4K export test, but costs less than half as much. The Ryzen 5 chips, on the other hand, cost around the same as Intel's Core i5 chips, but will have "tremendously more computational power" than the Core i5, says AMD Corporate VP Kevin Lensing.

As such, the company believes that the chips will bring a "disruptive price and performance ratio," to the majority of PC gamers who don't have high-end gear. However, it hasn't released any performance numbers yet, so interested users, especially gamers, would probably do well to wait until the first reviews come in.

In this article: amd, CPU, gear, PC, personal computing, personalcomputing, Processor, Ryzen5, SixCore, Windows
All products recommended by Engadget are selected by our editorial team, independent of our parent company. Some of our stories include affiliate links. If you buy something through one of these links, we may earn an affiliate commission.