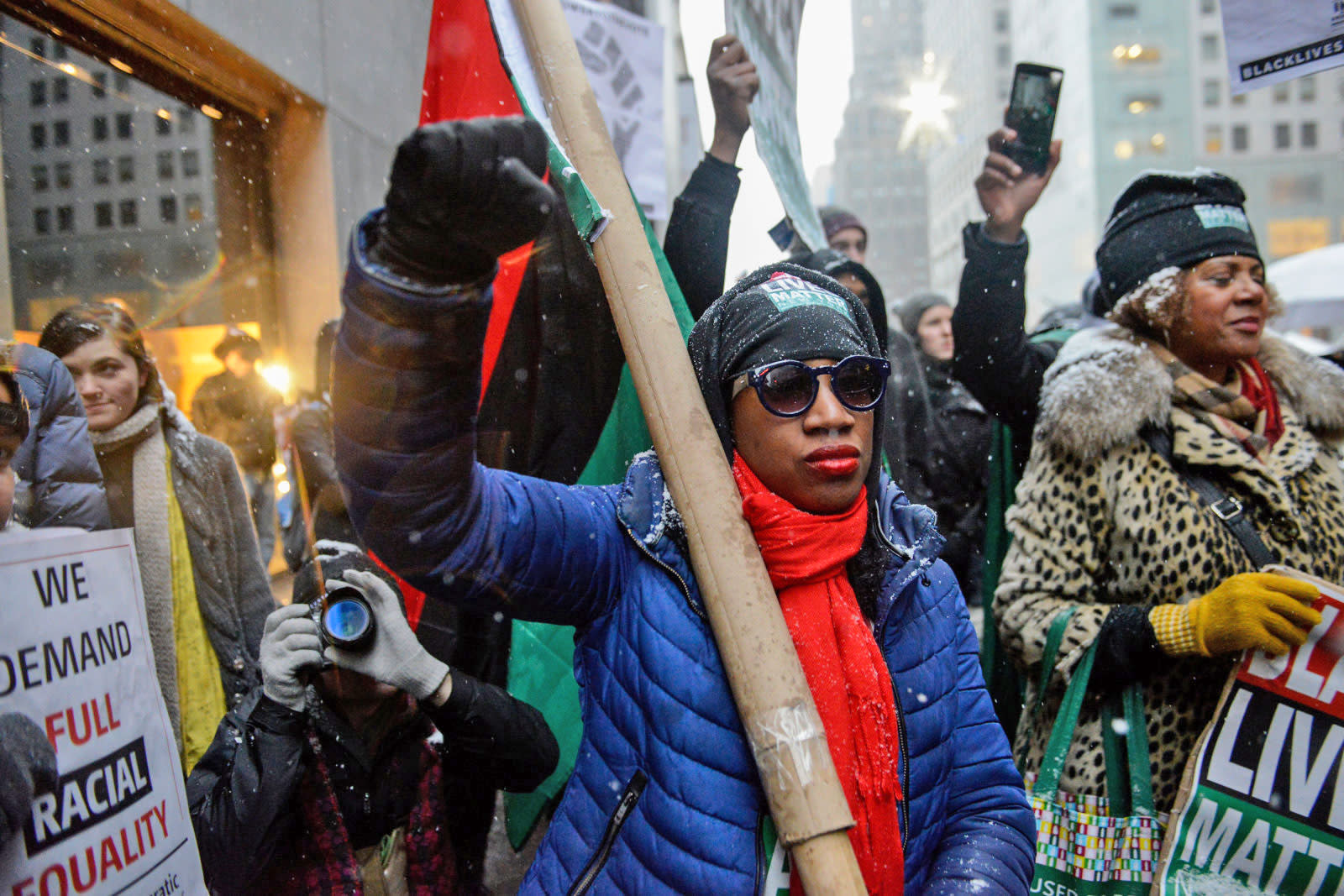 Police are frequently fond of monitoring protesters, and that includes cops in New York -- NYPD cameras have been a mainstay at large protests over the past several years. However, it's now clear that the NYPD has been skirting internal rules in the process. The Verge has obtained documents showing that the force's video team not only captured over 400 Black Lives Matter and Occupy Wall Street protests between 2011 and 2016, but doesn't appear to have received authorizations or legal reviews.

The recording was technically legal. Police are allowed to record protests where they suspect crime might take place, even if it's unlikely or will be limited to a handful of agitators. If there weren't any approvals or oversight, though, the NYPD would be violating in-house rules meant to preserve transparency and prevent abuse. Officers may have had free rein to film protests for any reason, including malicious purposes like intimidating protesters. Some activists have stopped showing up to demonstrations knowing that they might be targeted if they're caught on camera.

And there's evidence that this abuse is happening. Deputy Inspector Andrew Lombardo, for example, requested footage from a 2014 BLM protest despite being part of the NYPD's protest and counterterrorism unit rather than its legal bureau. He has been accused more than once of singling out law-abiding protesters in a bid to scare them away from future marches, and requests like this suggest he's using the footage to create individual profiles that aid his strategy.

The findings reinforce calls for tough regulation that would require approvals whenever the police want to record a protest. While this wouldn't completely deter abuses of authority, officers would have to offer on-the-record justifications for their actions. They might either think twice about a spurious request or face repercussions if they're caught lying about their reasons.

In this article: blacklivesmatter, cameras, culture, newyorkcity, nypd, occupywallstreet, protest, surveillance, transparency
All products recommended by Engadget are selected by our editorial team, independent of our parent company. Some of our stories include affiliate links. If you buy something through one of these links, we may earn an affiliate commission.