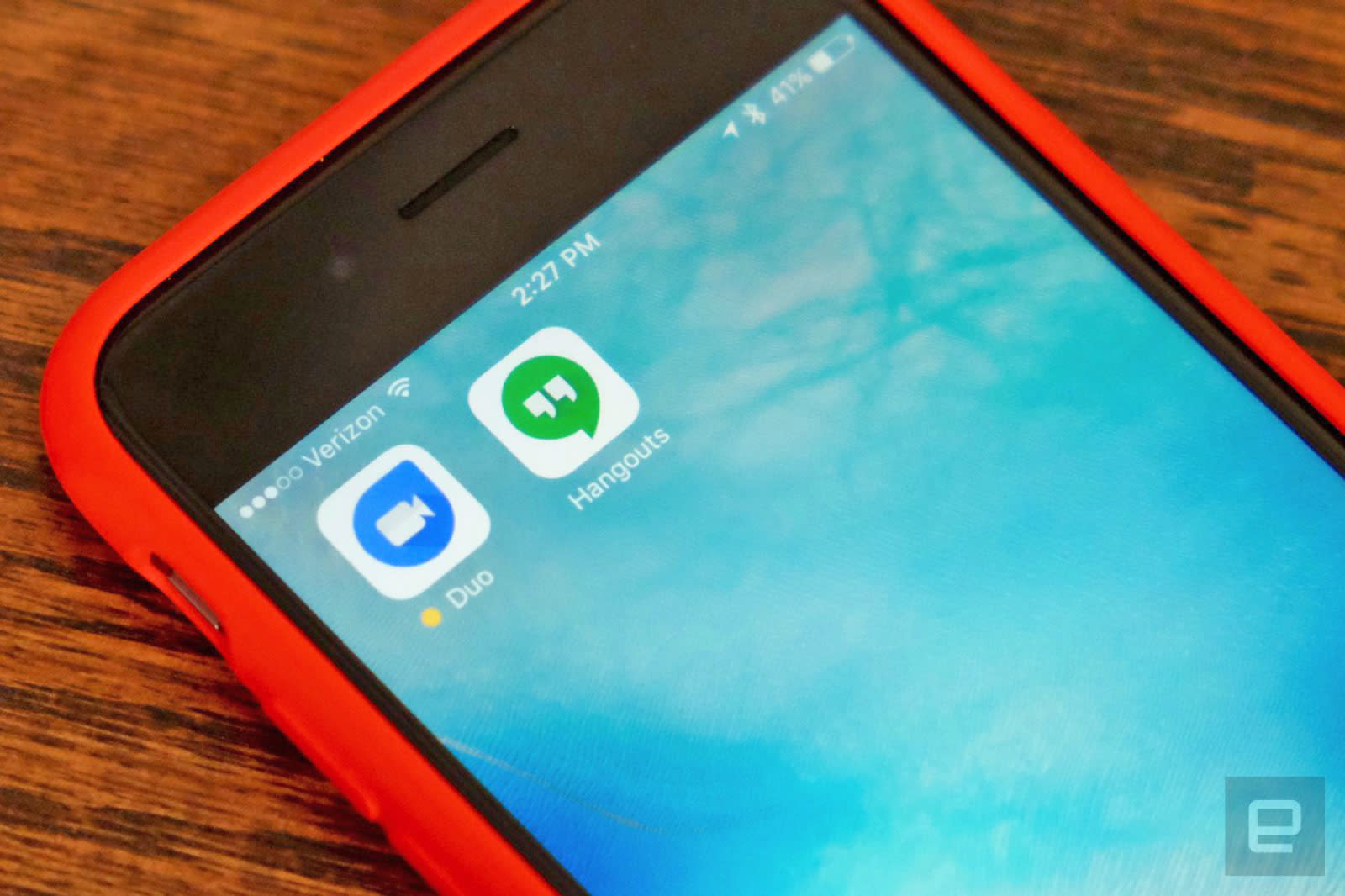 Google might soon begin implementing some big changes to Hangouts, now that the service's purpose has been redefined. According to an email reportedly sent to GSuite admins, you'll stop being able to send and receive text messages through the app on May 22nd, unless you're a Google Voice user. The email says the big G will prepare you for it by notifying everyone who's been using their apps to text on March 27th with details on what will happen going forward.

If you've designated Hangouts as the default messaging app, you'll be asked to select another one to take its place. The prompt will take you to the Play store if you don't have any installed, but if you do, then your messages will be transferred to app you choose. In case you're a Google Voice user, you'll get a notification telling you that you can't send and receive messages with your carrier number anymore. You can still text through Hangouts, but you'll have to use your Voice number after May 22nd.

Seeing as Mountain View has several messaging apps ready to download and use, it's not surprising that it wants to remove some Hangouts features and add in new ones to differentiate it from the others. In the email posted in its entirety on Reddit, it says this is part of ongoing effort -- Google might have more changes planned for Hangouts in the future.

Update: Google has confirmed that it's "removing carrier SMS functionality in the classic Hangouts app for Android, starting on May 22."

In this article: gear, google, googlevoice, hangouts, mobile, text, textmessaging
All products recommended by Engadget are selected by our editorial team, independent of our parent company. Some of our stories include affiliate links. If you buy something through one of these links, we may earn an affiliate commission.