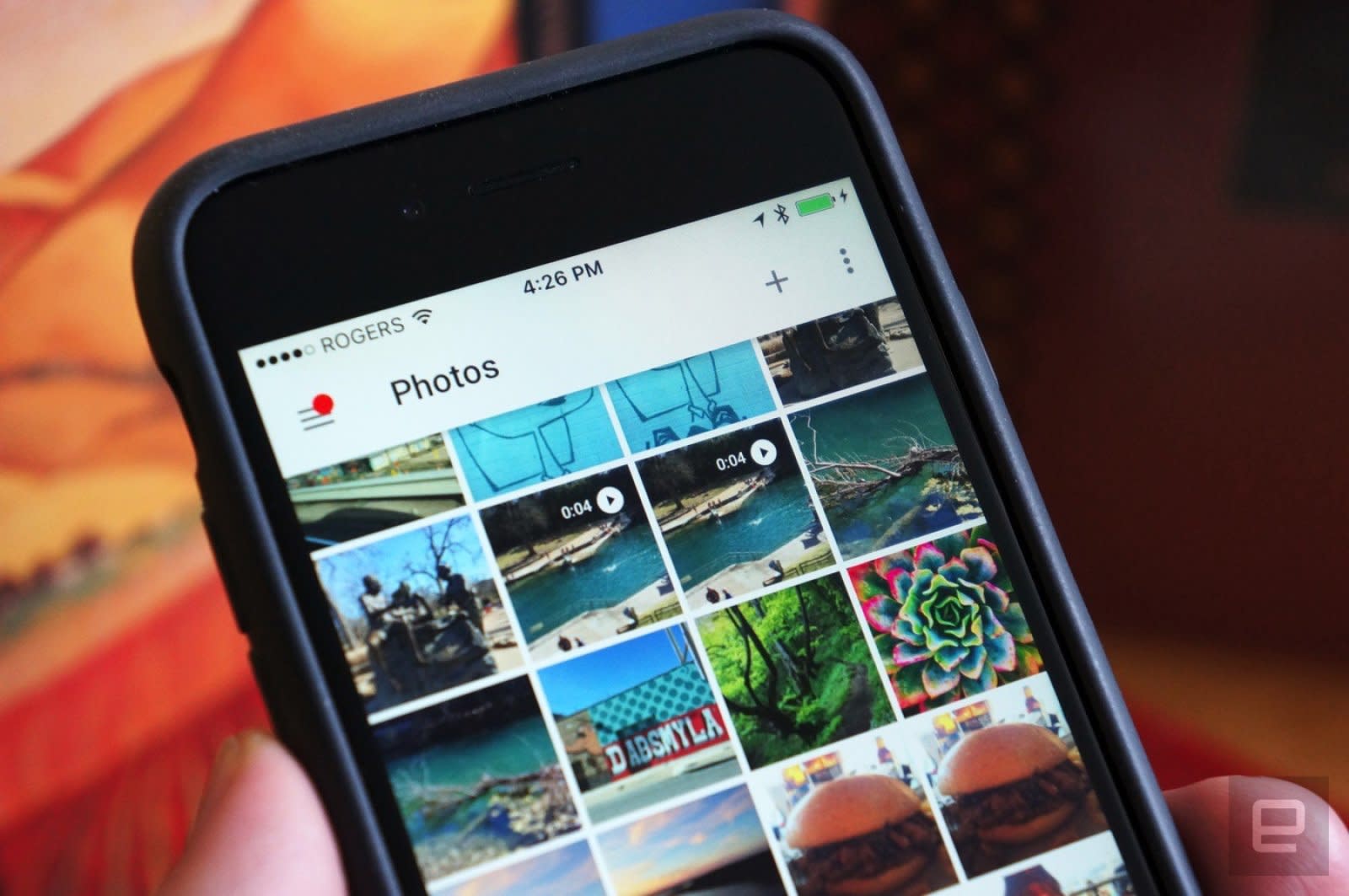 Right on the heels of killing off Google Talk, the company has admitted it's working on a new app for group photo editing and sharing. While Google already has the chat app Allo and video calling app Duo, it may be feeling pressure from its competitors' similar offerings. Facebook has a similar social photo sharing app called Moments, for example, while Apple just announced its AI-powered movie editing app, Clips.

In an email, a Google spokesperson told Engadget that this is an experiment -- just one of many that the company runs at any given time and that there are currently no plans to launch.

According to TechCrunch, the new app will allow a group of friends to edit photos together and then organize them to look at later. This potential app sounds a lot like Moments with added editing features, as users will be able to create groups to share and edit their photos collaboratively. TechCrunch's sources believe that the app would also bring Google's image search ability, which would let you identify objects in photos for future searches within the app.

Google seems to be trying the "throw everything at the wall and see what sticks" approach to its social media strategy. If more people are indeed using social apps like Facebook, Twitter and Snapchat instead of searching the web, Google needs to find a way to keep people engaged in its own mobile ecosystem.

In this article: app, apps, gear, google, mobile, photoediting, photos, socialmedia
All products recommended by Engadget are selected by our editorial team, independent of our parent company. Some of our stories include affiliate links. If you buy something through one of these links, we may earn an affiliate commission.