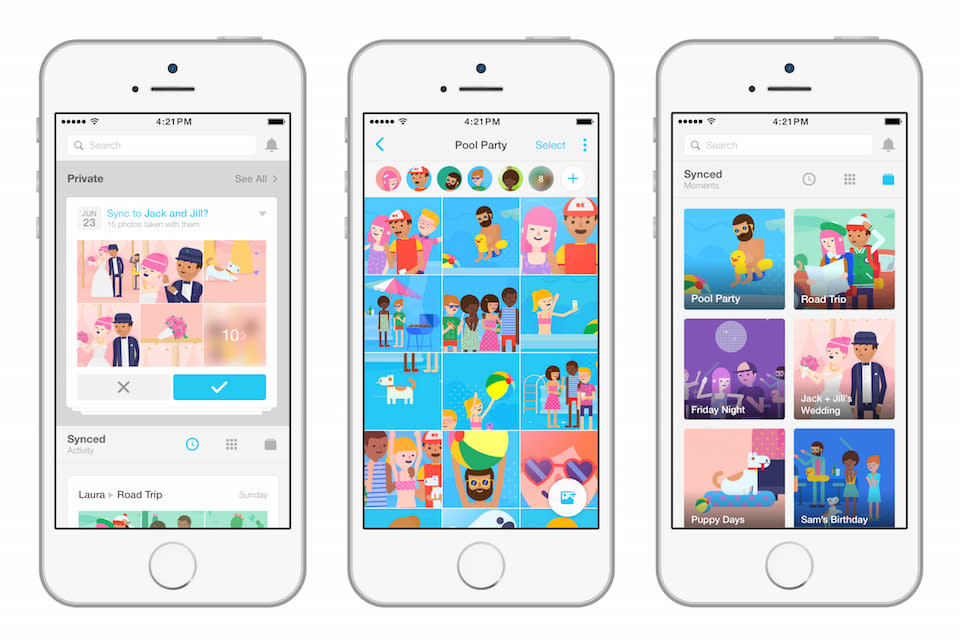 Facebook's relatively new Moments app started life as a way to privately share photos with friends -- it groups pictures you've taken into, well, moments and then suggests you share them with your Facebook friends who are in the pictures. Today, Facebook is releasing the app's first major update, and the headlining new feature is that the app can now auto-generate video collages based on your groups of photos. By default, any moment with six or more photos will automatically have a short video generated from the pictures; you can customize it by changing the soundtrack (there are 11 different music options), adding or removing photos and tagging your friends.

If the Moments app isn't smart enough to know what photos you want grouped together, you can of course create your own from scratch. And while Moments has historically only shared photos directly between friends, you can share these videos out to your Facebook page directly. It's not a revolutionary new feature -- Google Photos has created "Auto Awesome" movies and collages from your photos for some time now -- but it's still a smart way to help people get more milage out of the many photos that they take.

There are a few other changes included in today's update. Facebook added support for 34 languages, and the app is now available globally, with the notable exception of Canada and the European Union (the latter because of Facebook's face-detection software). If you want to try out the updated app, you can download it now in Apple's App Store and in Google Play.

In this article: facebook, facebookapp, facebookmoments, mobilepostcross, moments, momentsapp
All products recommended by Engadget are selected by our editorial team, independent of our parent company. Some of our stories include affiliate links. If you buy something through one of these links, we may earn an affiliate commission.